How to go from Chita (Russia) to Manzhouli (China)?

I have booked the tickets up to Chita. After Chita, I want to go to Manzhouli (China). Any idea how to do that?

I'm assuming you don't want to drive (that's still an option though) but you have the choice between flying or taking the train. According to Rome2Rio

Both cities have airports and both Indonesian Airlines and Air China have a service between the two, though the airport in Chita is a little far from the center of town. 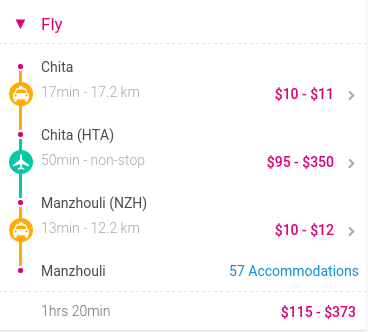 There's a train that leaves twice a week to China from Chita 2 station which is closer to the city than the airport. There's also a night train which interestingly enough seems to take less time, at least according to the website. It's operated by Russian railways 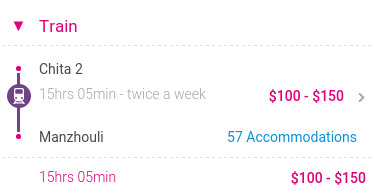 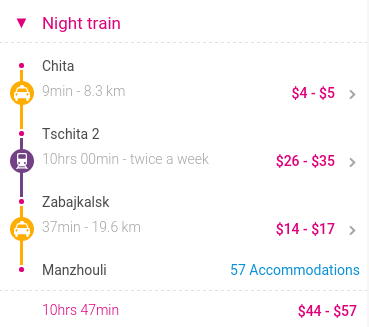 Not the answer you're looking for? Browse other questions tagged trains china russia or ask your own question.

8
Single travelling in Sep-Oct - which destination: China, Russia, Barcelona + Portugal, or Cuba?
8
Google maps in China
8
What is required for a British citizen to cross the border from China to Russia at Heihe/Blagoveshchensk
10
Should I book my train connections in advance in China?
2
Passport number or DOB needed when flying from China to US?
4
Bus from Zabaikalsk to Manzhouli, ticket price
7
Buying ticket on Russian train
9
Finding local train ticket agents/offices in China.
2
Flight reservation for China visa
4
From Morocco to South Korea, transit in China