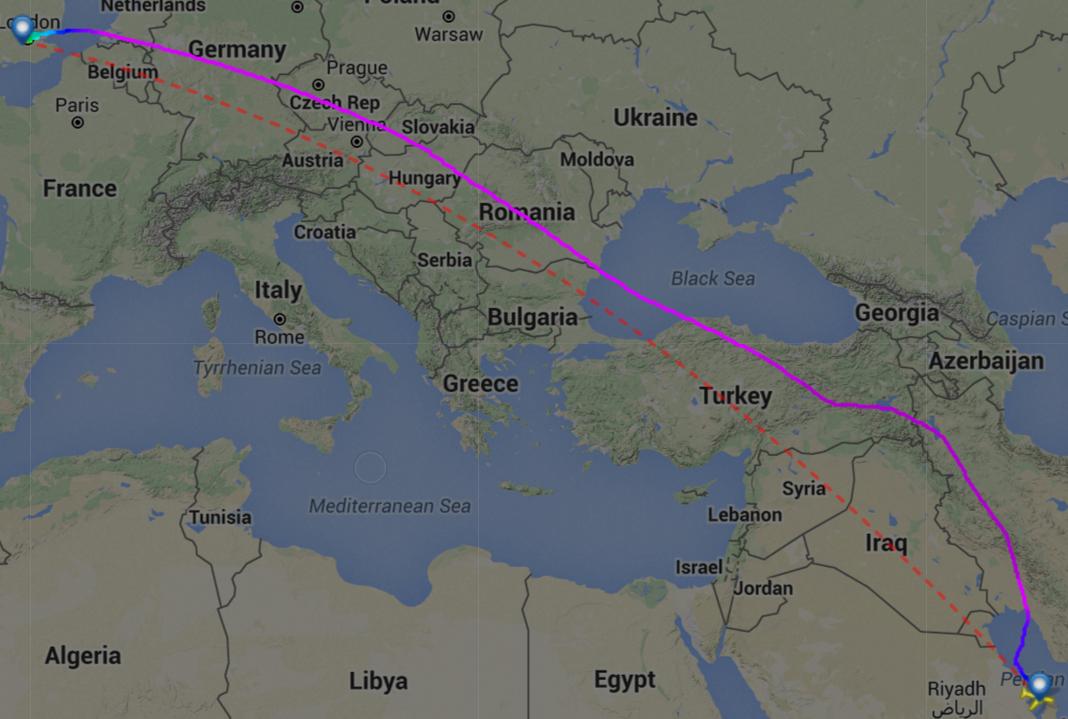 32
Is it safe for a commercial flight to have Iran, Afghanistan and Pakistan on its flight route?
21
How can I find out if my flight crosses dangerous territories?
7
Does my Emirates flight from London to Dubai fly over Syria?

8
Are there subcategories of seats even within economy class?
5
Long Haul flight with 9 month old with potential no Bassinet
7
Does my Emirates flight from London to Dubai fly over Syria?
0
Seat pitch / leg room on EVA Air SEA - TPE - KUL?
40
My seatmate has digestive problems causing unpleasant smell. What ought the cabin crew do?
13
Border officers wrote EMBARKED in my passport. What does it mean?
9
Seat aisles blocked by baggage
6
How is CTA 144-A-2014 applied to interline carry-on on same ticket?
4
Which plane am I flying on?