Where near the Dead Sea can you most likely get to see a Hyrax?

I am planning to visit the Dead Sea, and from what I have gathered through online research, Ein Gedi is the place where I can find high end hotels.

I am actually hoping to get a close look at Hyrax during my visit as I am an animal lover? Is there any such place nearby Ein Gedi where you are guaranteed to come across a Hyrax or two, or you would just have to be lucky to see one? 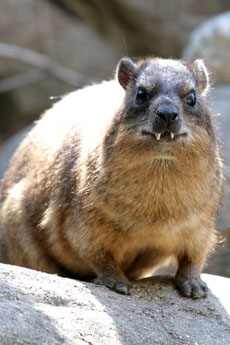 Finally managed to get a close look. Thanks for all the help guys. Here's the pic! 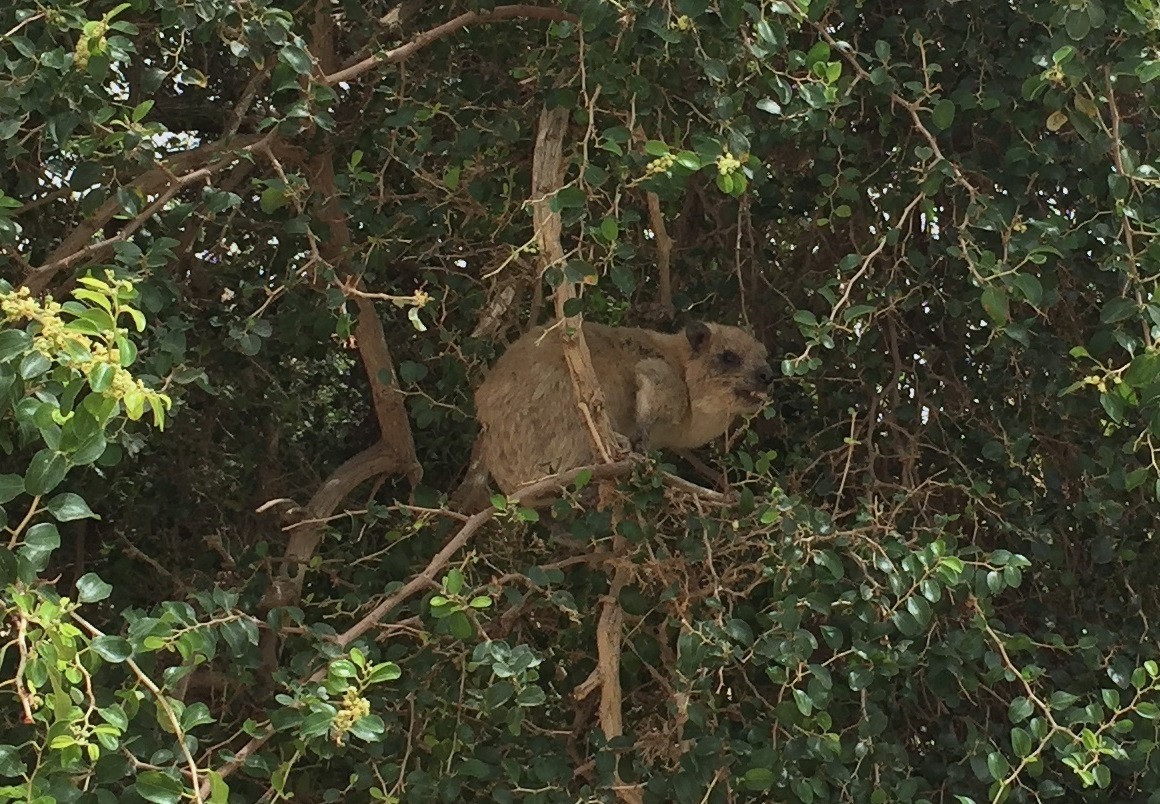 There is indeed such a place next to Ein Gedi, called Nahal David (David Creek). Though nothing is guaranteed with wild animals.

I am actually hoping to get a close look at Hyrax

A close look? How close? Your best bet is to look for a zoo that holds them in a small cage. Other than that, these are wild animals, and it won't be easy to catch a close look at one. I heard that there are some in the Ramat Gan Safari, though I could not confirm that from that website - you want might to call or email and ask.

That said, the Rock Hyrax is a common animal in Israel, and I've seen families many times, especially in the north of the country. If you go hiking in the Galilee or Carmel region you are likely to find some. However, if I was actively looking for them, I'd go to a colony whose location is well known. Examples I know of:

Speaking strictly statistically, judging by the official range of the creature, it actually runs in two bands from the north of the Dead Sea, down the west a bit, and down the east. Notably, not SW (you may have to zoom into the map).

Animals are of course, wild and hard to predict - the bane of anyone looking for something in a wildlife reserve. However, often locals might point to where a family of the animal has been recently, so do ask around. For example, in Cape Town, South Africa, there's a known group of dassies (Afrikaans for 'hyrax') that live at the top of the cable car on Table Mountain (go figure!).

Otherwise it often comes down to luck, so good luck!

Not the answer you're looking for? Browse other questions tagged nature-and-wildlife israel dead-sea or ask your own question.

13
What is a good town/place to stay at, in order to visit the Dead Sea?
5
Where can I visit the most northerly Australian fauna in the world?
14
Where can I see dolphins in central Europe, near Poland?
2
Where can I see dolphins in the sea near North-East China?
5
What tiny critters are likely to bite feet in the Red Sea at Aqaba?
7
Good places to visit Dead Sea on the Israeli side
10
Closest place to Addis Ababa where you can see wildlife
8
Where to see seals in the wild in The Netherlands?
19
Swimming in the Dead Sea
0
Is there any place in Israel where you can enjoy walking in huge forests/parks?