Is it possible to carry pepper spray for self-defense? [closed]

Ask Question
Asked 9 years, 11 months ago
Active 6 years ago
Viewed 8k times
4
Closed. This question needs to be more focused. It is not currently accepting answers.

I want to carry pepper spray with me when traveling for self-defense purposes only. Is there a way to be allowed to do that or is there any official document that allows me to safely travel with pepper spray? Also wanted to know whether this is allowed through airport security in cabin/checked luggage.

Currently the countries I am interested in are Israel, Prague and Estonia.

As can be seen from Wikipedia, the legality even in European countries varies greatly from country to country.

Unfortunately there's no indication there of sources for Estonia, or Israel.

However, it does include the Czech Republic (Prague):

In the Czech Republic, pepper spray is not classified as weapon and its possession is legal.

Moving to different sources, this site also has a list of countries and the legality of pepper spray, and it DOES have Israel:

In Israel, OC(Oleoresin Capsicum) and CS(capsicum spray) spray cans may be purchased by any member of the public without restriction and carried in public. In the 1980s a firearms license was required for doing so, but since then these sprays have been deregulated.

I've travelled from Germany to Mexico (via Atlanta) and Australia (via HongKong) with pepper spray in checked luggage without any problems. The TSA regulations say:

Self Defense Sprays - One 4 ounce (118ml) container of mace or pepper spray is permitted in checked baggage provided it is equipped with a safety mechanism to prevent accidental discharge. Self Defense Sprays containing more than 2% by mass of Tear Gas (CS or CN) are prohibited in Checked Baggage.

It's not allowed in carry-on baggage, of course.

Update: The same can of pepper spray was confiscated when I took it to Canada. I declared it on the immigration form as required; otherwise I would probably have incurred a fine if it had been found in a random baggage check. The customs officer told me that in order to be legal in Canada, pepper spray must be explicitly labelled as "for use against wild animals".

I could be wrong on this account but I think that the only document that will allow you to carry pepper spray into a plane might be international law enforcement credentials. Save that it will most likely to be confiscated during check-in. Especially so in Israel. Your best bet if you want to have it while you are in the country is to buy one locally.

Pepper Spray is prohibited in several countries, for example Singapore. Reason why is that Pepper Spray not only can be used for self defense, but also to help committing crime.

You should carefully check the law in your country of destination.

Alternatively you can start invest some time to learn some self-defense martial art. :)

In Canada, many hikers carry bear spray, which is essentially a form of pepper spray to guard against black bears, grizzlies and other animals they may come across. So that's legally permitted here. 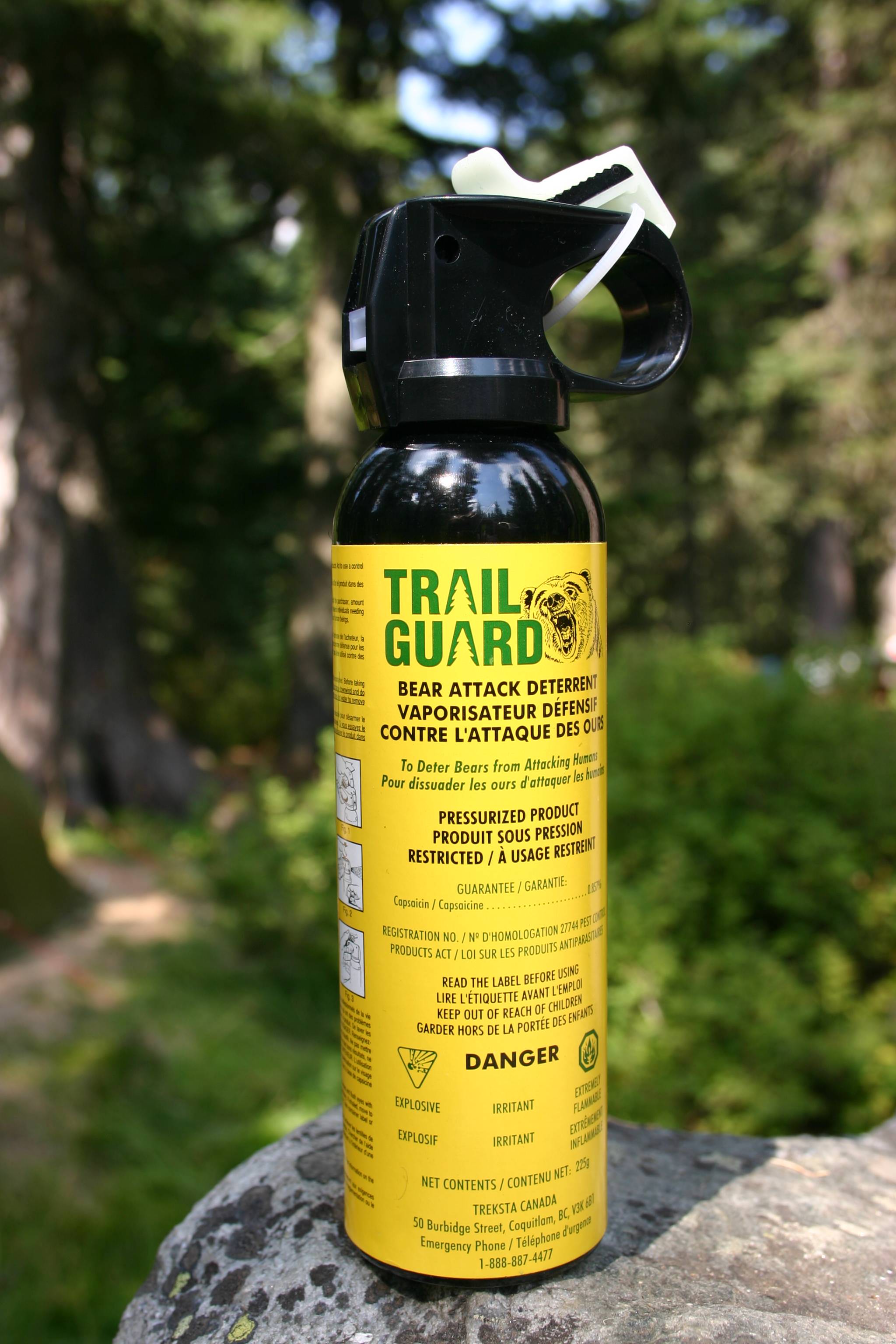 From the article as well:

Bear mace is legal across the USA. It can be purchased even in Hawaii, New York, Massachusetts or Wisconsin, where standard pepper sprays are illegal.

Pepper spray is legal in all of those countries you have spoken, however in Germany and Canada it must be labeled for use in animal control. In Canada and many other countries (ie. Japan) pepper spray is legal to possess, but using it on people is an assault unless in extreme emergency. Also note that many countries require that pepper spray is bought locally, one reason being that for example in portugal only 5% OC sprays are legal. In my home country Finland pepper spray requires a license. To get a license you must be Finnish and your occupation (ie .Bus driver, hospital warden or a security guard). If you want something for defence that is legal almost anywhere buy one of these: http://www.mace.com/products/personal-defense/defense-sprays/stoppa-red-mk-3 Product mentioned above doesnt contain any kind of noxious substance, so it is legal in countries that have a tough firearms law, like UK. It repels the attacker by spraying very thick orange coloured glue onto the attacker.

Not the answer you're looking for? Browse other questions tagged air-travel legal israel estonia czech-republic or ask your own question.

4
Can I consign my pepper spray from Canada to China?

4
Can I consign my pepper spray from Canada to China?
25
Is it against regulations to pack my laptop battery on its own in my checked luggage?
23
Is it true that Israel allows flying with an unlimited amount of liquids in hand luggage?
3
Condor carry-on luggage check procedure
1
Cabin luggage on Australian domestic flights
80
Asking same flight customers if they would agree to put my knife in their checked luggage
32
Avoiding important carry-on luggage being taken away