Adapter for a Surface tablet in Europe

My charger supports 100-240v, can I use a regular old plug adaptor for my surface tablet? Or do I need a bigger surge protector type? I'll be in Germany, where I think most wall outlets are 220, I could be wrong. I think I will be safe with the basic plug, but I want to be sure.

Modern auto-switching computer adaptors will happily work between all worldwide voltage ranges supplied to consumers. As you say yourself, the adaptor claims to work from as low as 100 volts between live and neutral (the Japanese standard) up to 240 volts (the old British standard*, although from time to time even on the German grid the potential will drift that high).

If you are using the genuine hardware that was supplied with your equipment and not a cheap knockoff from eBay, the adaptor is probably better at dealing with surges than a "surge protector" is, as well. [A properly made adapter will withstand at least a 3 kV lightning strike surge before passing power onto the low voltage side: see this comparison for Apple adapters: cheap adapter vs genuine hardware.]

*There is an old myth that the UK was asked to align its voltage with the continent; and the power engineers eventually agreed. But rather than change anything, they simply redefined the UK standard from 240 V ± 10% to 230 V -6% or +16%.

My Surface Pro 3 has been to Europe, Australia, New Zealand, and most of the Pacific Ocean. All I need is the plug adapter (two prong) not a converter. It works just fine. Cell phone chargers, camera chargers etc are also happy with 240, 110, or anything in between as long as you get an adapter for the prongs.

I am not sure where you live/use the tablet at the moment but you need to consider two factors: 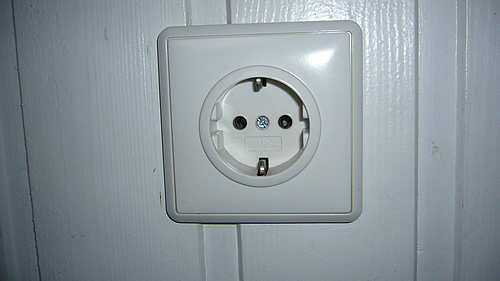 Not the answer you're looking for? Browse other questions tagged europe power or ask your own question.

19
Should one bring a power strip when travelling from the U.S. to Europe so that one won't have to get more than one power adapter?
2
Do I need a voltage converter for my Surface tablet in Rome?
8
How can I use a US Xbox 360 in Beijing?
5
Will this device work with a US/Europe adapter?
4
Power adapter for Europe - Type C or Type E/F?
2
Power Adapter for travel: Grounding
0
My RCA tablet has 110 V DC adapter, does it work in India?
8
Powering devices in Iceland from USA?
28
Issues powering a US laptop in Europe, via an adapter
11
Converter vs Adapter