In Pennsylvania can you make a right-hand turn on a red arrow?

Just came to a red arrow. My husband thought you could turn right I said no....

The Pennsylvania Driver's Manual currently says you can turn right on red after stopping. (This is actually true in almost all of the United States, with the notable exception of New York City.)

(At the time this post was originally written, it read differently, and suggested that you could not turn right on red at a red arrow.)

Although not common in Pennsylvania, a RED ARROW is used in other states. It means you may not turn in the direction the arrow points. 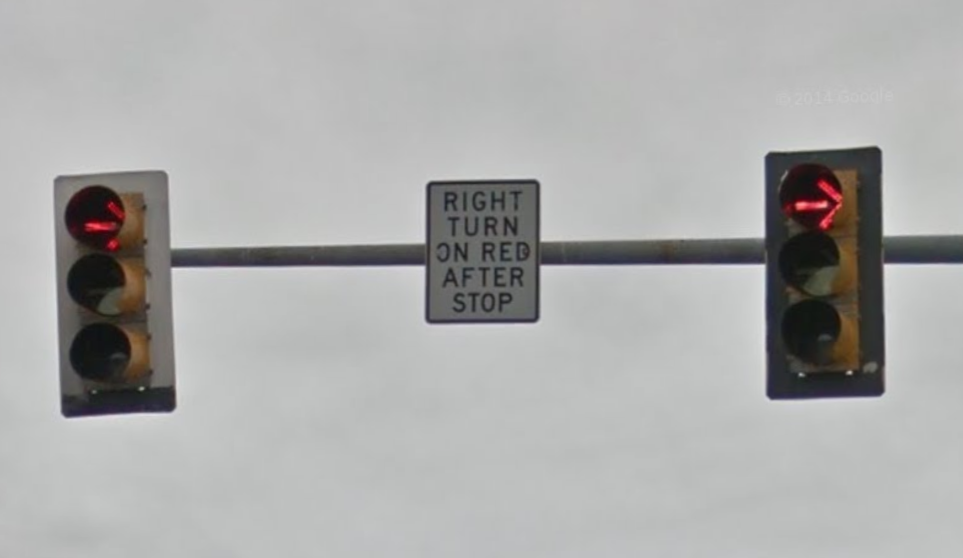 According the Pennsylvania Driver's Manual, you can actually turn right on a red arrow. Here's what the manual says:

Not the answer you're looking for? Browse other questions tagged usa driving pennsylvania or ask your own question.

12
Inter-state driving law references
14
Right turn signal in Pennsylvania - can I turn on red?
38
What does this road sign mean? (Germany; red circle and X on a blue background, with a right-pointing arrow.)
4
Stopping at a red light for a right turn in Massachusetts
28
Within the United States (Pittsburgh), when merging onto a lane, which turn signal do you use?
14
right-of-way - merging vs. oncoming traffic in Pennsylvania
8
Circular signs with blue edges
9
What does amber - green traffic light mean in South Korea?