Meaning of asterisks and binary mask in the US visa

What do these two sections mean in the United States visa? 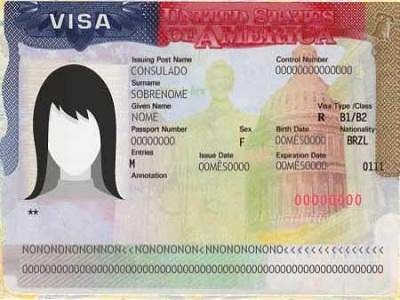 Most sources say that it's a "risk" indicator. However, it sounds strange for me - why would someone disclose such a confidential information while it can be stored in a private database for restricted users.

If you have any information, please, help to solve this mystery and quell my curiosity.

First, note that these features appear only on nonimmigrant visas; immigrant visas have a completely different format and do not contain either the asterisks or the four-digit number.

I strongly suspect you will probably never find out what these mean as the purposes of these fields are most likely classified. Direct questions put to U.S. consular officials about the stars and four-digit number have, as far as I can tell, never gotten a straight answer. They have gotten evasions such as "not of any significance" and "the stars on a U.S. visa are among the normal features of a U.S. visa."

Officially, the features do not exist. Guidance on the US State Department web site does not acknowledge their existence: 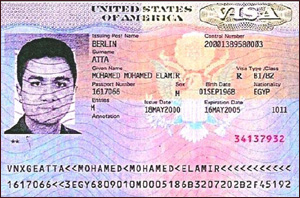 In issuing visas, consular posts follow rules laid down in chapter 9 of the Foreign Affairs Manual, in which the US State Department's procedures are laid out. These are based on various sections of the Code of Federal Regulations.

In the case of issuing nonimmigrant visas, this is covered by 9 FAM 41.113, which tells consular officers how to issue a visa in accordance with the regulations at 22 CFR 41.113. The relevant section is the very first one:

The information on the MRV is printed on an adhesive foil and consists of five sections that:

After reading a lot of other sections of 9 FAM and 22 CFR, and some versions at archive.org going back to before 2000, I am pretty well convinced that while these features do serve a purpose, that purpose is classified and appears only in a classified section of 9 FAM, if at all.

One last thing I can tell you for sure is that the four digit number is not binary. Numerous examples can be seen on Google Images of visas with four-digit numbers containing digits other than 0 or 1, though these appear to be far less common.

Officially, from the US Embassy, the answer is:

Q: The space below the word 'Annotation' is blank, with the visa number printed in red to the right. There is a star or * symbol below the bottom left of my photo, does that signify anything?

A: The star symbol is not of any significance.

Of course, a cynic would then ask why they're there...

Another person online who claims to be a consular official states that:

"Wow, you have a keen eye! :) Those are computer-generated features that help make each visa as unique as the people who obtain them"

Similarly, the 0111 is expected to be a checksum by most.

NOTE : My hypothesis is based on some visas i had seen/observed, further more observations are needed to verify this

3
Meaning of various fields on a Schengen visa stamp
3
The meaning of UK dependent visa application centre correspondence?
3
Visa visitor, my bagages and check-in the first flight
4
BNL1,BNL2 meaning on Schengen visa sticker?
4
Having both visa and ESTA when travelling to the US
2
Stay extension in the US and Visa stamp
1
Meaning of “visa policy of Ireland grants visa-free entry to all Schengen Annex II nationalities”
40
What is the meaning of a police car with no department or logo in the USA?