Nagano has a big network of underground bunkers built during the Second World War.

It was meant to contain an imperial palace, and the central organs of government. It was built semi-independently by several agencies, so I guess there are several entrances. Floor space of the many rooms adds up to the surface of a soccer field.

QUESTION: What bunkers can be visited by the general public?

Presumably a part of the network: 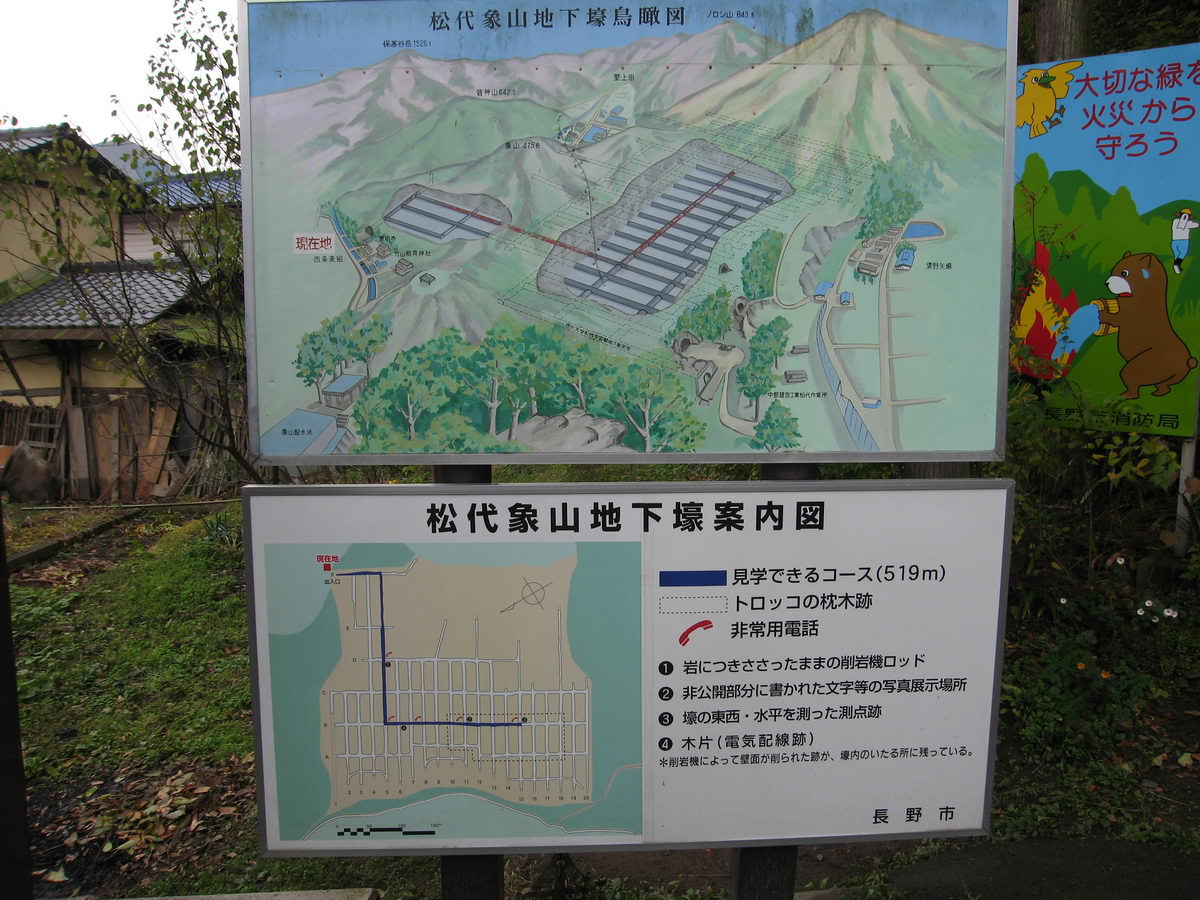 There were apparently three main parts, each under a local mountain:

This is the area that is most accessible to the public, with the entrance near the museum as described in the blog post linked in comments. On this map it is marked A.

On the city website (in Japanese) it says hours for the tunnels are 9am to 3pm (some sites says 4pm), closed every third Tuesday and around New Years. There is no cost.

The associated museum (200 yen) is open 10am to 4pm, closed Tuesdays (except National Holidays) and over the winter months (December through March). There is a calendar of opening days for the museum here, days highlighted in red are closed.

These tunnels are now used by the Matsuhiro Seismological Observatory, which is about a thirty minute walk from the Zouzan area. Lat/Lon approx: 36.544281, 138.206404 (according to google maps).

There is a visitors' section (free, 9am to 4.30pm weekdays) but it appears to be mostly about the scientific work. You can apparently see into part of the entrance but cannot enter any of the tunnels.

Official sources only say that due to cave-ins, this area is not open to the public. It is marked on this map, at H.

Not the answer you're looking for? Browse other questions tagged japan sightseeing identify-this caves or ask your own question.