Sape to Labuan Bajo, how to?

I am in Indonesia, I want to go from Sape (east of Sumbawa) to Labuan Bajo (west of Flores) by sea transportation.

Wikitravel mentions a speedboat from Sape to Labuan Bajo but I have not met anyone who used this service.

I took a picture of the price list for the ferry from Sape to Labuan Bajo in July 2015 at the Sape harbour. Note that I ended up paying 60'000 IDR (vs 56'000 on the price list) when inside the boat for some reason, I kinda gave up trying to ask/understand why. 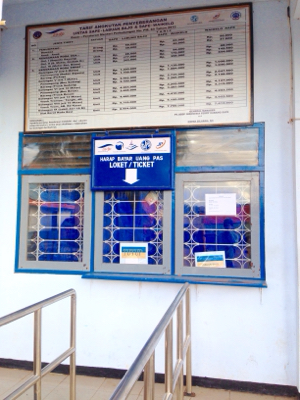 I'm no ferry expert but it looked pretty standard to me. It welcomes "walking passengers", motorbikes, cars, buses, trucks, anything that fits in really. I took this photo in July 2015 at the Sape harbour.

The phone numbers listed on the wiki for the fast boat arw no longer in use.

You dont need to be that early in Sape. Ticket Office will officially open at 8am But when I was there it opened at about 7:30am

Be sure you pay the Price mentioned on the Price list - Some Guys tried to sell me one Ticket for double the Price.

Here is the updated Pricelist: 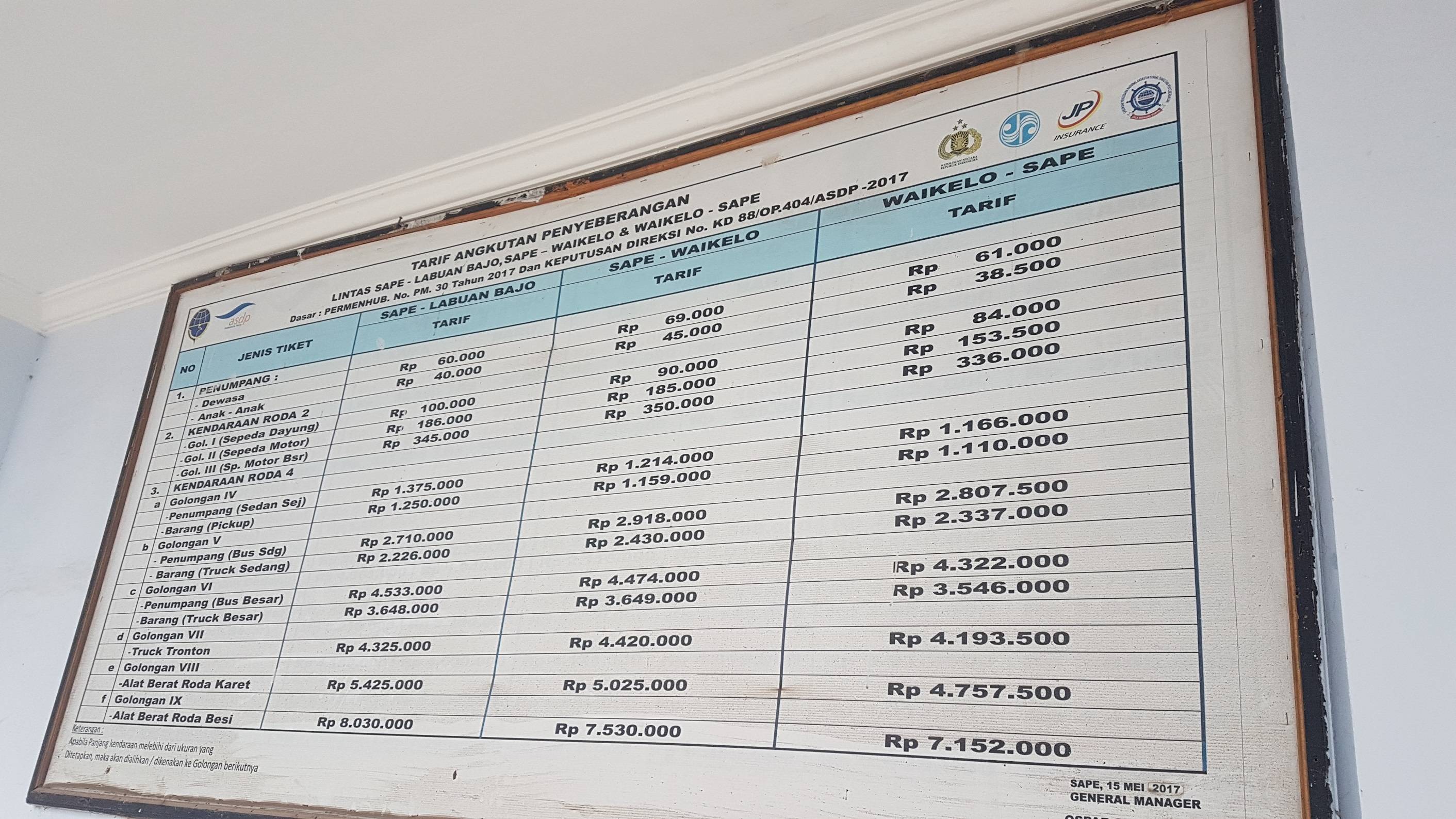 Not the answer you're looking for? Browse other questions tagged public-transport transportation indonesia sea-travel komodo or ask your own question.

11
What is the safest and cheapest way to see Komodo island, leaving from and returning to Bali?
10
Go from Lombok to Labuan Bajo by bus & ferry, how to?
4
Is it possible to ride a motorbike through Sumatra, Java, Bali, Lombok, Sumbawa & Flores?
4
Can I travel from Labuan Bajo to Labuan Lombok by ferry with a motorbike?

5
How to get from Flores to Lombok by sea with stops?
4
How to get from Poto Tano to Sape (Indonesia)?
1
Mataram to Labuhan Lombok, how to?
4
Labuhan Lombok to Poto Tano, how to?
10
Labuan Bajo to Ruteng to Bajawa by motorcycle, possible?
10
Go from Lombok to Labuan Bajo by bus & ferry, how to?
4
Is it possible to ride a motorbike through Sumatra, Java, Bali, Lombok, Sumbawa & Flores?
0
Is it possible to haggle over tours in Indonesia, and to what extent?