UK Visit Visa refused and false allegations stated in the refusal letters. What are my options?

I was trying visit UK with my wife for holiday for 3 weeks (Both of us are Sri Lankan). Cost of the holiday was roughly £2500.

But our visa was refused with the reason that I do not have enough funds. But I had enough funds (Approx. £8,000) and due to financial requirement of providing a Bank guarantee with buying a new car I had to transfer some my money from one account to another (Both are under my name).

I provided them both bank pass books with my initial application, but Visa officer had just considered the final deposit as a large sum deposited on one account and other did not have enough funds, and he suspected that these funds are not genuinely mine.

I reapplied with a five page cover letter explaining all the allegations in the previous refusal letter with proof from banks (Letters confirming the Bank guarantee, etc). Both me and my wife are full time employed graduate professional Engineers. We have supplied evidence for last six months salary slips and letters confirming the leave for the holiday. But, Visa was refused once again, as per points below;

Since I cannot appeal or ask for an administrative review, looks like I am out of options.I am hoping to complain this via Home Office complaints. Any ideas?

Refusal notice of my wife.

ECO has copied content from my notice and marked italic 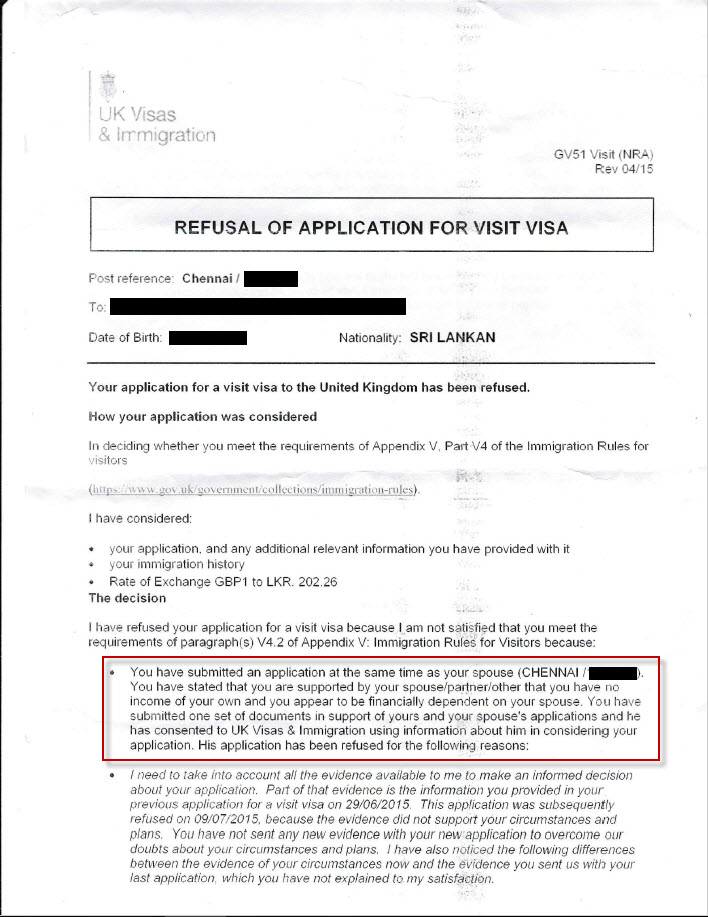 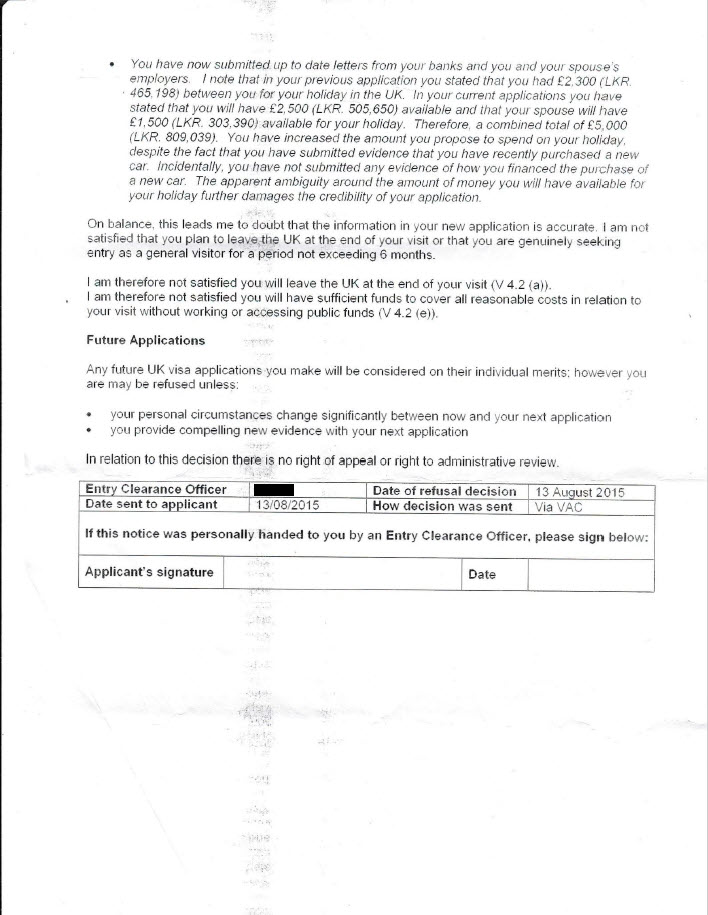 I can answer several parts of your question.

False allegations: They do not make false allegations; in fact, they don't make any allegations. They make a decision based upon what's laid before them and explain how they got there. I don't see anything in the formulae you posted, including the one you deleted, to indicate any sort of personal attack. Moreover, it's a sackable offense for an employee to do something that gives an unprofessional image of UKVI, and refusals out of Chennai are put through two levels of higher review.

Your complaint will go to the head office in London and ultimately arrive on the desk of the ECO's boss (who reviewed your refusal when it was first issued). If they decide your case has merit you will be invited to make a fresh application gratis. They will not reverse their original decision.

You should take careful note that you may not qualify as a complainant. Let's look at the written complaints form... 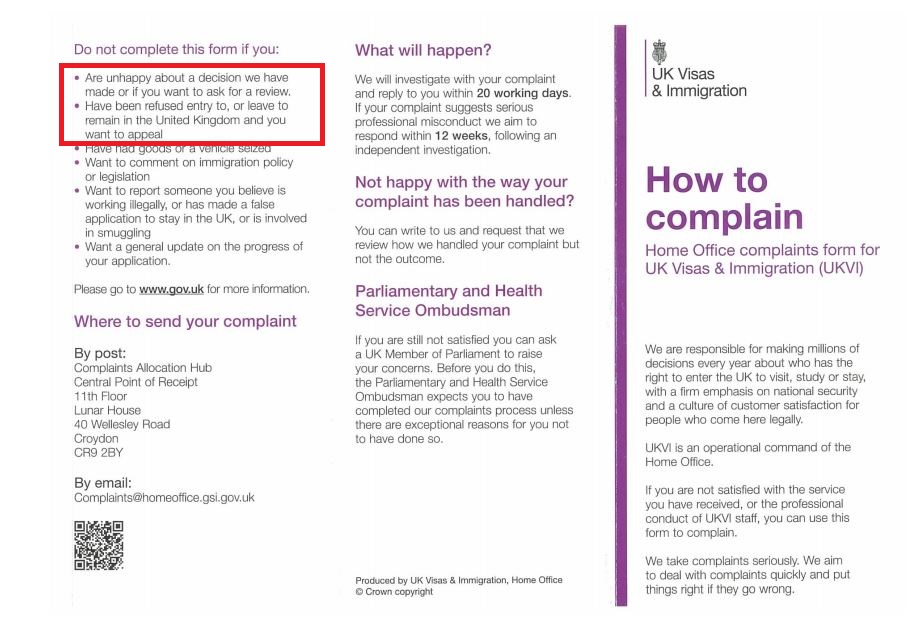 I have used a red marker to indicate why you may have trouble qualifying. The highlighted dot points may apply to you.

That answers your question. I don't want to delve into the specific formulae in your refusal notice because I am not convinced that it was actually written by an ECO. Dodgy language, unusual syntax, and you did not include the entire refusal letter.

Valuable commentary from Michael Hampton (to whom thanks) has referred you to the UK Law Society. It's great advice.

Also, Karlson (to whom thanks) has suggested that this imbroglio will not be sorted any time soon. You can take the opportunity to travel elsewhere and get some peripatetic history. They love it when an applicant has this.

The Chief Inspector (one of the 'good guys') is making a first principles inspection of UKVI's complaints procedure as we speak. He is currently asking for evidence (good, bad, otherwise) from practitioners in the field. When his inspection is complete, he'll publish a report on how the procedures work and whether or not they are effective in delivering fairness to applicants. Expect the report late this year or early next year.

9
How much money do I need to show as proof of support when applying for a UK Standard Visitor visa?
3
UK Visit Visas Refused Due to Evaluation Oversights and Similar Errors