To which country in Europe should I travel to if I want to see a lot of lighthouses?

My father is a big lighthouse fan (I know...). Now he wants to spend his next holidays in a country in Europe where he can see a lot of lighthouses. Obviously that shouldn't be a landlocked country, but is there any country in Europe that has significantly more lighthouses than any other?

Well this list has an index to ALL the Wikipedia pages for lighthouses in the world.

I'll ignore lightvessels for this question.

you get the idea. From that, you can either infer there are loads in Norway, Portugal, Spain and Estonia, or there may just be lighthouse obsessed fans in those countries.

The Lighthouse Directory maintains an index for more than 14,700 of the world's lighthouses. So that's another good place to start.

It is not so easy to define exactly what we mean by a lighthouse, and various organizations and individuals have used very different definitions when describing or classifying lighthouses. Clearly, all lighthouses are lighted aids to navigation, but not all lighted aids are considered to be lighthouses.

In this Directory, a lighthouse is a lightbeacon having a height of at least 4 meters (13 ft) and a cross-section, at the base, of at least 4 square meters (43 sq ft). This simple definition does not require that a lighthouse have any particular form or appearance. The structure of a lighthouse may be enclosed, partially enclosed, or completely open.

If you went state-side, apparently "The United States has the largest number of lighthouses of any country in the world".

According to this question, there are 1032 in England.

Finally, I found this map, which plots lighthouses on a map. It's not very detailed, but I'd say Denmark in this case.

In addition, someone mentioned the coastline effect. While it would seem to indicate more chance of lighthouses, in reality it's dependent more on dangerous, irregular and busy coastlines. If it's easy sailing and deep water, why have a lighthouse?

However, there's probably some rough correlation still - as a tiny coastline like Latvia is probably going to have fewer than Norway. To that effect, here is the list of countries by coastline length, and the longest European one is Norway, unless you also count Russia as European...

Another answer, courtesy of an email response from Russ Rowlett of The Lighthouse Directory:

Mark's answer mentioned Estonia (with 42 lighthouses); let me focus on that a bit more.

Some friends visited Hiiumaa island this summer, and (through foursquare) I saw them post gorgeous photos of one lighthouse after another. The other big island off the Estonian west coast, Saaremaa, also hosts a plethora of lighthouses. 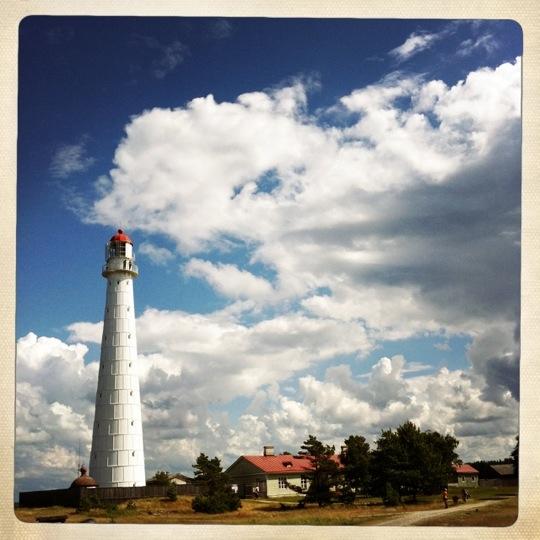 A thing to note is that these islands are relatively compact (as is all of Estonia), yet have lots of lighthouses. There are good roads and it's easy to get around, at least if you have a car or bike. In summer, bicycle would probably be an ideal way to move around. (I'm not sure about public transport on the islands, but that would make a good Travel SE question...) Also, there's plenty of accommodation and restaurants available, and it's all pretty affordable (for Europe anyway).

Examples of Hiiumaa and Saaremaa lighthouses:

One good listing of most lighthouses in the county is the 'Eesti tuletornid' category in Estonian language wikipedia.

Finally, this blog post about a Hiiumaa day trip is nice and informative... if you read Finnish, or as you likely don't, just look at the photos. :-) 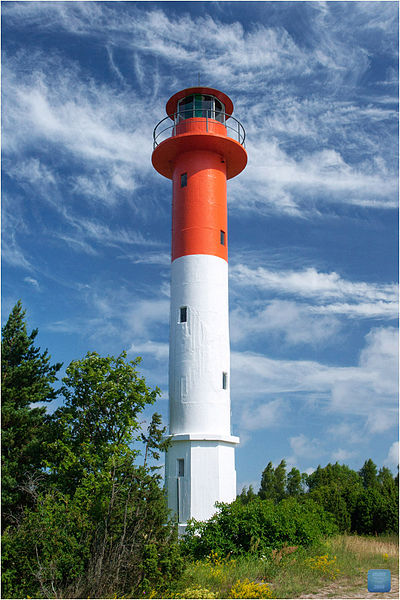 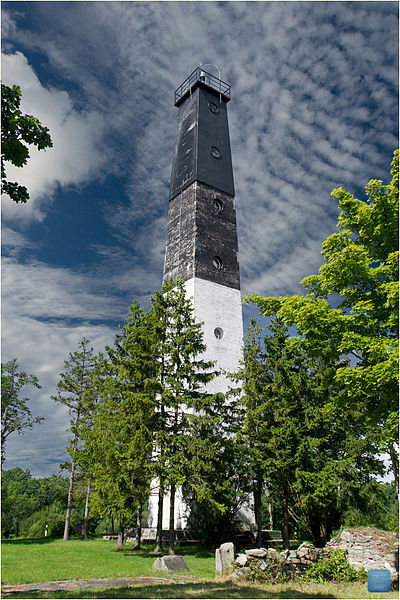 You can check out the lighthouse listing worldwide at lighthouse directory from the University of North Carolina.

I can't really recommend any specific country for visiting lighthouses since I'm not into that but can only say that you can check out Croatia lighthouses. They are all very different from each other and you can use a lot of them as accommodation during your stay. I've seen around 10 to 15 of them in Croatia all over the coast and the islands and if you don't intend to visit our coast from north to south, then focus on Istria and Kvarner (the northern part of the coast).

Some are near city areas and some are completely isolated on their own islands or reefs.

There are essentially two sorts of lighthouses. Those built on land, usually a group of buildings, with a tower, built on a headland. And rock lighthouses, built on a rock several miles out to sea. In Plymouth (UK) there is the first rock lighthouse, which was originally built on Eddystone rock. This has been rebuilt on the Hoe (a sort of park on the edge of town). It has been restored to original 18th cent. condition. It is now a tourist attraction. You can visit it and climb right to the top. This is probably the only rock lighthouse you can visit in the world...and a very historic one, being the first ever built.

Further inland are a few older ones, now mostly on the lake that was created when the inland sea was confined within a dike.

Down the coast, into Belgium you will find several more Lighthouses and into France some more.

Most of them, from Den Helder in the Netherlands to say Cherbourg in France, (or even farther south along the coast) are within one days driving. On top of that will come visiting time, but not a lot of time to get to remote places.

There are more coasts like that.
To visit many light houses I would go for the South coast of England rather than for the West coast of Scotland, even though there are likely more light houses in Scotland.

And for a very special night, he might want to sleep in a light house. This link leads to the Harlingen light house on the north coast of the Netherlands, mainland. When you search on staying in a light house you will find many more.

Not the answer you're looking for? Browse other questions tagged europe where-on-earth countries architecture or ask your own question.

14
Travel guides that covers the International E-road network?
9
Where should I travel to if I want to see paddy fields?
8
Can I wear a kilt around Europe?
22
Which locations are traditionally Santa's home - i.e. where can you visit Santa Claus year-round?