Are bluetooth headphones allowed on flights in the US, particularly on United Airlines?

I have a United Airlines flight this week and I would love to listen to an Audio book for the duration. Unfortunately my only working pair of headphones are bluetooth. I've looked on United's web page for prohibited items but see nothing about bluetooth devices. Does anyone know if bluetooth is banned on United flights?

As mentioned by @AnkurBanerjee in this post, FAA Advisory Circular 91.21-1B covers this regulation.

Yes. Short-range Bluetooth devices including typical headphones, keyboards and mice have been allowed on flights for some time. (Probably since airlines began to provide and sell Wi-Fi internet access.) There have been recent developments that expanded the use of personal electronic devices, Wi-Fi, and short-range Bluetooth during all phases of flight.

The FAA news items below discusses this expanded use but makes mention of both previous and continued allowed use of short-range Bluetooth devices.

It should be noted that particular airlines, aircraft or even individual personnel on a particular flight may not be fully informed of the latest procedures and the finer points involved in the guidelines. There may be different policies on flights that do not provide Wi-Fi internet connections.

While it may be possible to provide airline and plane-specific documentation to plead your case, it might ultimately be best to respect the airline employee's instructions.

I should also mention that contemporary devices should allow you to set the device in airplane mode (which turns off all cellular and wireless communication features) but then selectively re-enable separate features that are allowed, like Bluetooth or Wi-Fi.

My advice in either case get yourself a pair of wired headphones if you are travelling by plane because while not on the list of forbidden devices the flight crew can ask you to turn them off anyway they have this discretion.

My children got bluetooth headphone for Christmas. I just called Southwest airlines and was told that they will be allowed to use them on the flight as long as they are connected only to an iPod or MP3. They are not allowed if they are hooked up to a phone. So I will have to use my wired ones, but they can use the bluetooth ones if they choose.

According to eHow.com (but there is no reference to airline/regulation organisation), you CAN use Bluetooth devices on a plane. It just has to be AFTER they say you can use electronic devices (i.e. not when taking off and landing).

Just to be safe, you could get a pair that support both Bluetooth and a wired connection like the Tenqa REMXD Bluetooth Headphones: 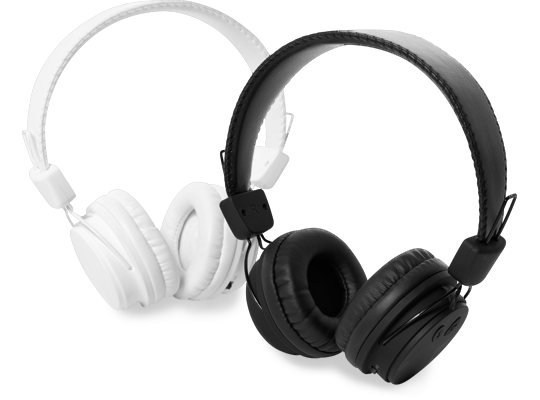 They come with a wire with dual 3.5mm plugs to connect your music player to your headphones or they can be wireless. It's your call. And they're only $39.

No problem with bluetooth transmitting devices (including headphones), except the obvious switching off during landing and takeoff.

I've been able to use mine, without objection, on several flights (United and others...).

Bluetooth headsets are generally allowed, just not during takeoff and landing. Since they only transmit signal within a few metres, and on a different frequency range than the plane equipment, they don't interact with the equipment and are perfectly safe.

Not the answer you're looking for? Browse other questions tagged air-travel usa regulations electronic-items united-airlines or ask your own question.

25
Using an Amazon Kindle onboard a flight?