Is it legal/safe to visit the Calais border crossing?

There are many videos on the Internet showing migrants attempting to enter trucks crossing the English channel. 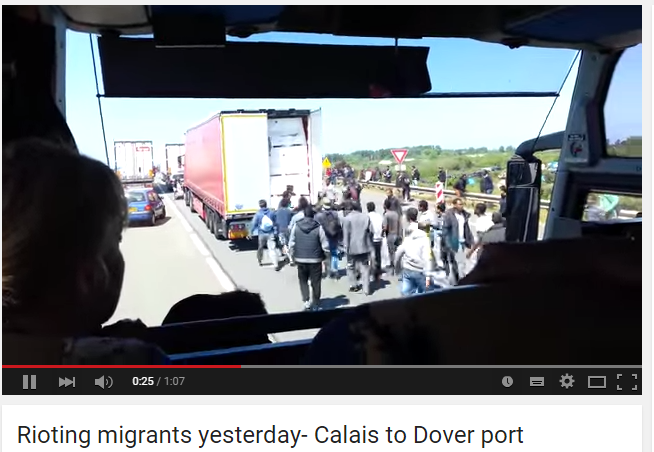 I think it would be interesting to visit that road and talk to the guys making that journey. However I'm concerned that:

Does anyone have experience visiting that site? The border crossing migration has been active for many years, so I assume someone has tried it.

People visit the migrant camp in Calais (actually Sangatte) all the time. But, they are representing migrant charities and migrant advocacy groups. Others visit as media journalists. As a general rule, they all carry credentials around their neck and move about in groups.

It is not illegal to engage with them outside the camp (or what remains of it), but it will attract the attention of personnel operating the juxtaposed controls and you would expect to be challenged for your credentials or ID. Inside the camp is closed to the public and you'll need clearance in order to enter.

For background and understanding, it's great to read Parliament's report published by the Home Affairs Committee last March. It goes in to how the juxtaposed controls are operating and the increased security surrounding the whole area. It contains testimony such as...

Organised criminal gangs are involved in illegal immigration around Calais. We met two migrants from Pakistan who had paid €9,000 to get as far as Calais, with the intention of getting to the UK. This is not a local problem limited to Calais, and Mr Brokenshire said that the UK response was not limited to action in northern France. The joint statement between the UK and France said both Governments would work together in the fight against the smuggling and trafficking of migrants, to combat the criminal gangs which seek to exploit illegal migration—through agencies such as the National Crime Agency and Border Force—and joint actions through organisations like Europol:

Also, Parliament called the Mayor of Calais in for questioning. You can read the transcript to get a feel for the problems they face in managing the situation.

“The Committee has visited Calais on a number of occasions to look at the immigration challenges the town has faced for some years. When I visited Calais on 15 September 2014, it was clear that the situation in Calais is becoming increasingly difficult, not only for the authorities in Calais, but also for the ferry companies. I hope that Ms Bouchart will be able to provide us with fresh information on how our two countries can work in partnership to deal with the issue of illegal migration in a constructive and positive way.”

As far as danger goes, yes it is extremely dangerous to engage and when you are challenged by the authorities their paramount concern will be your safety. They are desperate people who suffer from indigence, exposure, hunger, and all the other trappings of displaced people. Because of that, the police (or juxtaposed personnel) will insist upon escorting you to your vehicle. If you are driving, you can expect your registration number to be recorded and then you can plan to spend a very long time trying to enter the UK.

Following industrial action at both Calais Port and at Eurotunnel in Coquelles, cross channel services including Eurostar have been disrupted. Check the status of your booking with your operator before leaving home.

There are large numbers of illegal migrants in and around Calais, who may seek to enter the UK illegally. Although local police patrols have been reinforced, you should keep vehicle doors locked in slow moving traffic and secure your vehicle when it is left unattended.

There have been many attempts by illegal migrants to enter lorries while stationary or in slow moving traffic. Take sensible precautions against attempts to break in to your vehicle.

There have been many attempts by illegal migrants to enter vehicles while stationary or in slow moving traffic. Take sensible precautions against break in to your vehicle, particularly in Northern France.

If you really want to go, contact the Joint Council for the Welfare of Immigrants and explain your objectives. They will either refer you onward or dismiss your enquiry as something weird.

For the comment asking for more information about the juxtaposed controls and cameras, the best resource for current information is the Chief Inspector's report. 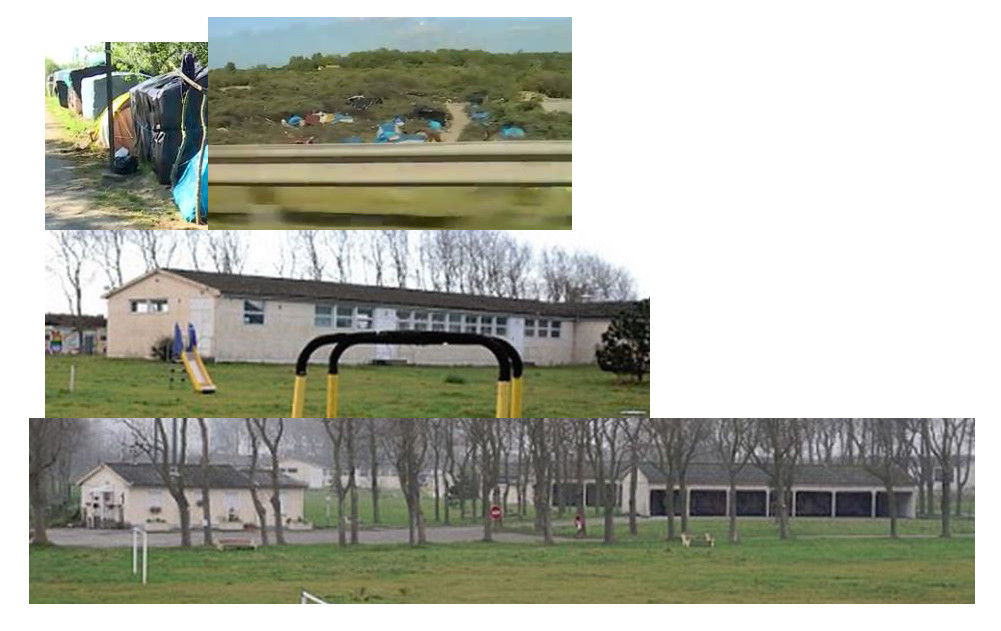 I went there last week as part of volunteer commission sponsored by one of the advocacy groups in London. My assignment was to pick up rubbish and later to hand out blankets. I think it can be said that the news reports may be selective to show the worst side, but still you can't discount the whole atmosphere of despair. My own reaction was fear. It's not a happy place.

ILPA has put out a call for volunteers on the Greek island of Lesvos. Apparently you don't need credentials for Lesvos (which you do for Calais). Vicky's report to ILPA on the situation on Lesvos is behind a paywall, but here's a small extract...

Many of the refugees speak English so the Kempsons have heard first-hand accounts of smuggling arrangements. It seems that the fees are paid to 3rd parties in offices which operate quite openly in Izmir. The money is held by the 3rd parties until word comes back of arrival, and then paid to the smugglers. It is understood that an “honour” system prevails to sustain the trade, so that in the case of mishap the money would be refunded, assuming there were to be anyone to claim it. It is suspected that some at least of this money reaches terrorist hands via the criminal gangs.

The smugglers quote a fee for each place in a boat, but life jackets are extra. Syrians, being by and large comfortably off financially, can usually afford this so Eric and Philippa say you can always identify a boat full of Syrians because they will almost all be in proper orange life jackets, whereas those who can’t afford them will be in less adequate ones, or none at all, with children sometimes in mere swimming aids.

Personal experience: I spent a day there last week on a mission to provide legal aid. The group I was with was escorted at all times with never fewer than 4 police. It's an unsavoury environment and I would not recommend it as a destination venue for private individuals. Also... earlier in January I was at a similar camp in Norway where migrants were being removed to mainland Russia. The environment was essentially the same except there were no tunnels or motorways nearby. These locales are not friendly, not safe, and not for the curious.

The video you presented and others like it have been shot on public roads, especially around the “Boulevard de l'Europe”, the street leading to the Eurotunnel terminal and you can see many private cars so it's obviously legal to drive there (that's the point: you have to pass there to reach the entrance of Eurotunnel and the traffic forces drivers to slow down so that's a good spot for people to try their luck).

It's a dual carriageway with no sidewalk but it looks like it is a regular street so it's probably legal to walk there too.

Beyond that, recent reports suggest the situation is increasingly tense so I can't imagine anybody (migrants, charity workers, lorry drivers, police…) is particularly keen on people showing up just to have a look.

Not the answer you're looking for? Browse other questions tagged france borders event-based-effects or ask your own question.

2
Where might I observe refugees escaping across the North Korea-China or North Korea Russia border illegally?
0
I am interested in visiting a refugee camp. What would be a good place to do so in Europe?

10
Crossing the Aranya Pratet/Poipet border
7
Crossing the French/Italian (Chamonix/Cormayeur) border via cable car
5
Crossing the US-Canadian border and back
13
Crossing the Lao/Thai border at Ban Than - no border office?
12
EURO 2016: floods, mass protests, state of emergency… What are the consequences for visitors?
8
Crossing the border from Switzerland to France and back
7
Crossing France-Spain border by hiking trail - possible problems
6
Crossing Swiss-Austrian border by foot
2
Land border crossing in Italy