I will be lucky enough to be in Stockholm on Midsummer's eve this year, and would be willing to travel to nearby areas.

local-customs sweden stockholm
Share
Improve this question
edited May 22, 2015 at 8:02

Yes there are plenty. The most thourough experience is probably to visit Skansen - the outdoors combined zoo and open-air museum at Djurgården. They have some shorter information in english about this. In swedish there are several pages about the festivities.

Almost everwhere there are some kind of local festivity going on. It may be hard to track down. In Sollentuna where I live there is traditional celebrations at the local folk museum (called hembygdsgård in swedish). This is very common.

Most swedes however bring friends and family to their summer houses and have a smaller celebration. This is the most genuine way to do it. Things to expect:

If in doubt about any of this just ask any swede at hand. They will be happy to explain it all.

In short - a bigger celebration may have more of the traditional stuff included but a smaller one is more the way most swedes do it.

After this I leave you with this (somewhat sad) maypole from my families celebrations in 2011. 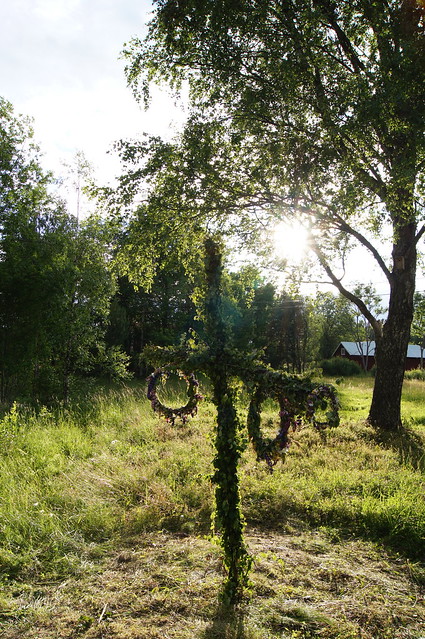 Not the answer you're looking for? Browse other questions tagged local-customs sweden stockholm or ask your own question.

15
Where in Sweden can I celebrate midsommar with the locals?

10
I'd like to go on a moose safari in Sweden. What are my options?
6
Does the Stockholm Card covers all public transportation by boat/ferry?
11
Travelling to Kiruna, Sweden from Dubai, clothing during extreme cold climate
7
Where to store my luggage while hiking on Kings Trail, Sweden
5
What should I expect when traveling in China during their Mid-August holiday?
1
Where and how to celebrate Lantern Festival (last day of Chinese New Year) in Vancouver, B.C. area?
6
Public transit to/from Stockholm Bromma airport (BMA)
7
Advice for Stockholm metro and buses for a large family