How do I carry parrots on an Indian Railway train?

I have three parrots, I have to move to another state. How can I carry parrots on Indian Railway?

Note: "Indian Railways" I am asking about the procedure, what documents are required (I heard that I have to take a certificate from High Court), or something like that.

And which type of cage or food is required, or else what I have to do ?

If anyone has carried parrots earlier on Indian Railways, then please let me know

Travelling with Pets on Indian Railway

The Indian Rails Rules for Luggage regulate the carriage of birds, without mentioning parrots explicitly. The sender (i.e. the OP in our case) must fill in a Forwarding Note, as specified in Section 64 of the Railway Act, providing details on the animals. These include declaring the value of the animals in order to compute the excess liability of Indian Railways in case of loss or damage. Below is the quote of the relevant part of the Indian Railways Rules for Luggage:

RULES FOR CARRYING PETS,DOGS,HORSES OTHER LIVE ANIMALS AND BIRDS RISK :

RULE AND RATES FOR CONVEYANCE OF DOGS :

From how I interpret the bureaucratese in the rules, it would seem that birds cannot be carried by the passenger, but must be consigned as freight. This is based on the fact that there is a separate section for the carriage of dogs in train compartments, but not other animals are mentioned.

When it comes to travelling with birds, here the rules to follow, are detailed in Chapter X of the Indian Railways Commercial Manual, and include:

It is safe to assume that you have to make your own arrangements for food and water. In the case of caged birds I assume that leaving a sufficient supply of either in the cage should be enough. One extra measure you can take is to cover the cage with a dark cloth so that the birds think it's night, and don't get too stressed.

Below are the relevant quotes from Chapter X of the Indian Railways Commercial Manual:

Similarly, the number of animals loaded in a vehicle/wagon should not exceed the permissible limits to avoid overcrowding and restiveness to animals.

In the case of valuable poultry, on which the sender has engaged to pay the percentage charge on the excess value, a declaration with regard to the number of birds despatched in each cage or crate and their value must be obtained on the forwarding note. Prepayment of freight and insurance charges is compulsory.

Once again, I found no mention of parrots in all of the official documents I found on the web. There's of course a chance that this information might not be readily available on-line. Hence I suggest you physically contact Indian Railways by going to your nearest train station and asking to speak with the Station Master.

On a different note, I did find a WWF India blog entry discussing illegal parrot trade in India. The article says that any caged parrot is sourced from illegal trade, since native wildlife is protected. I don't know, and don't have the time to research, if this is true. For the purpose of this answer I'm assuming that your parrots are not illegal in any way.

On asking to officials they replied that carrying parrots are illegal in Indian trains, So you can't carry parrots in Indian Railways.

It is good to banned on parrot trade, 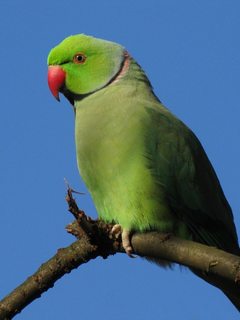 It's illegal to carry birds of indian origin... Such as green parrots.. but parrots which are not indian and those from other country birds can carry with proper safety in Indian Railways. Green parrots such as Ringneck are treated as wild not domestic bird.

Not the answer you're looking for? Browse other questions tagged trains luggage india indian-railways pets or ask your own question.

6
How to get a combined ticket in IRCTC (Indian Railway)
1
Indian railway e ticket queries
28
How to find out the name of a fellow Indian train passenger?
2
Indian waitlisted train tickets
24
Why does collecting a UK train ticket require you to insert a card?
1
How to change my Indian Railway boarding point online?
0
How do I make a reservation via IRCTC in indian railway now (Paytm fails)
6
Can I carry my queen size bed in train as an extra luggage/parcel?