Are there any analogs of the Malbork castle in Poland or Germany?

Some time ago I was in Malbork castle and was amazed by its size and beauty.
I want to know - are there some castles similar to the Malbork's, may be not so famous.
I'm interested in castles in Poland or Germany (may be Czech Republic).
Main measure to the castle is size, in my opinion (the bigger the castle is, the older it is). 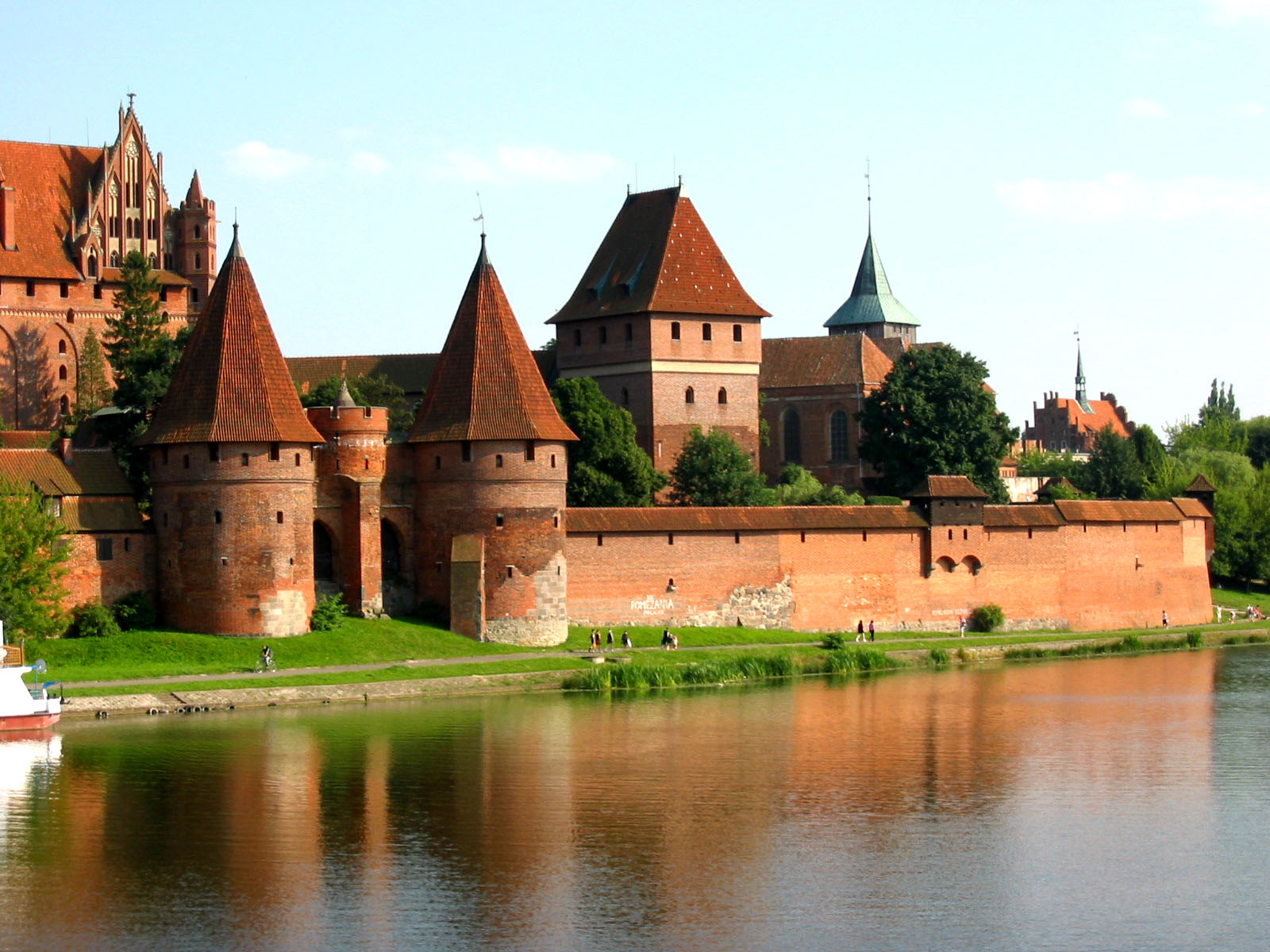 If you want large castles in Germany, try

If you're willing to travel a little further afield to Lithuania, there is Trakai Island Castle.

It's not in Poland or Germany I know but it's architecturally similar. According to wikipedia, the castle is sometimes referred to as "Little Marienburg (Malbork)"

My suggestion is not in a country around the Baltic Sea, but near the Mediterranean Sea. It is even not a castle per se but a fortified city.

Anyway, it is big, old and very impressive. So let me introduce the Cité de Carcassonne.

Malbork is the reportedly largest castle in the world, so searching for a larger one may be futile.

It stands at the confluence of two warring groups: the Germans, specifically the Teutonic Knights, and their opponents, the Baltic peoples.

I can't say much more about the German castles than has been said in another post. But I urge you to look at the other side, the Baltics.

Specifically, the Estonians were the Baltic people most successful in resisting the Teutonic Knights. Probably more so than the Lithuanians and Latvians. For this, and other reasons, the Estonians were better than most other Europeans at building castles. Their capital of Tallinn (formerly Reval) has the most castles per land area of any city in Europe. And some of them are older than Malbork.

Found an option in Frombork, castle where Copernicus worked. 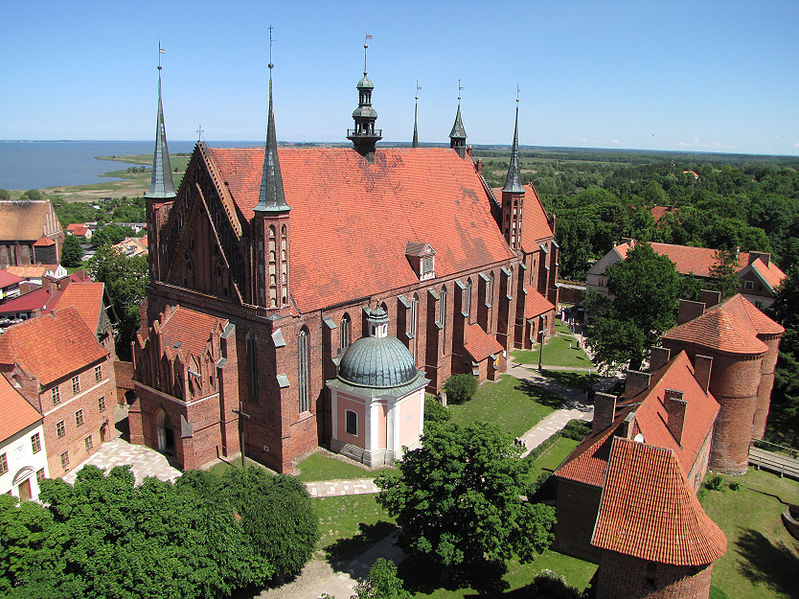 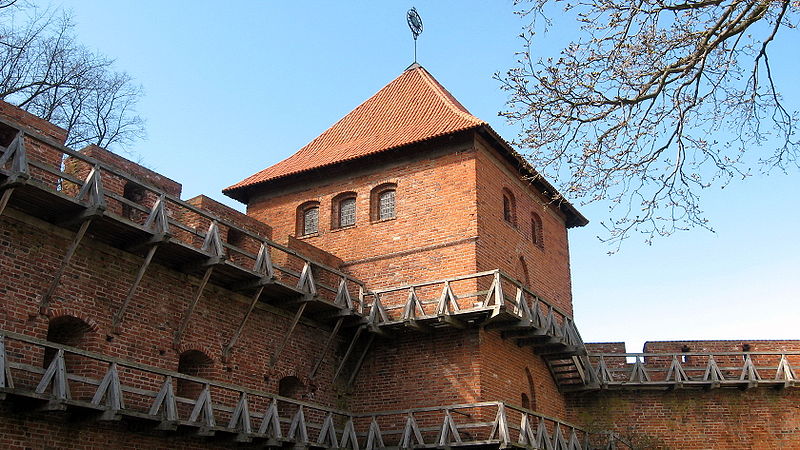 In the castle is situated the Copernicus museum

You might be interested in Trakų pilis / Trakai island castle which is just a hour of driving away from Vilnius, capital of Lithuania. It is, of course, not as magnificent as Malbork but definitely worth a visit. Trakai is also famous for an exotic ethnic minority (Tatars) living there for many centuries.

As you mentioned castles in the Czech Republic as well, I would suggest visiting Konopiště Castle. It is not extremely big but it is extremely well preserved, and it is situated about 40 kilometres from Prague. 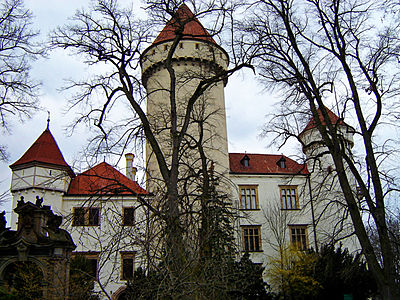 Alternatively, a more impressive castle (from the outside) because of its position and dimension is Karlštejn Castle (about 30 kilometres from the capital), which however was modified various times and has not preserved the original structure inside. 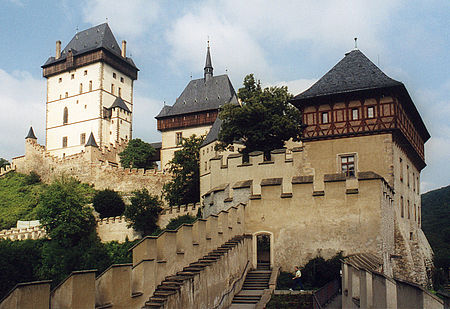 The images are taken from Wikipedia.

Not the answer you're looking for? Browse other questions tagged europe germany poland architecture castles or ask your own question.

33
Is there any way to spend a night in a European castle?
12
How to visit Malbork Castle from Gdansk?
14
How to travel (relatively) cheaply with ICE trains in Germany?
8
Where exactly is Yamada Castle in Okinawa?
3
Prepaid cellphone (Handy) or SIM card for Germany, Czech Republic, Austria and Hungary?
9
How to rent a car for a road trip in Eastern Europe?