Can visiting saunas make me more prepared for heat in desert and tropics?

I am curious if it is possible to prepare my body for the heat during the African summer by visiting saunas. Would visiting humid or dry saunas on a regular basis "harden" my body for humid heat in the tropics or dry heat in the desert?

I live in mid-west Europe where temperature reaches max. 33° Celsius, but this does not happen often. Planning to go to southern part of Africa during their next summer.

On the plus side, a sauna can get you accustomed to sweat. But a typical sauna session of 20 - 30 minutes will not include the activities you would undertake in a visit to Africa. It's also not the same kind of sweat you get in a tropical environment.

Some evidence for acclimation is given by examining how the military trains soldiers for desert operations. 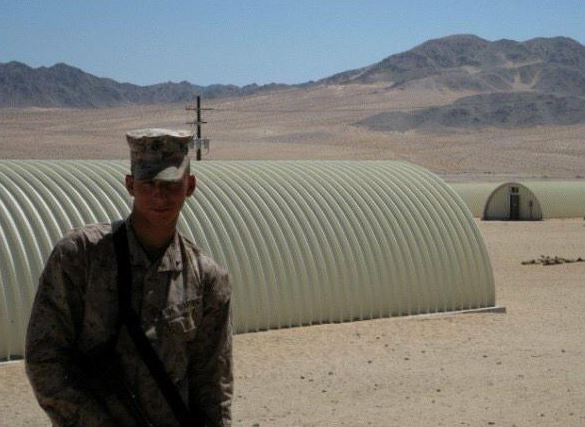 For Americans, this involves rotation to the Fort Irwin National Training Center (in the Mojave Desert, shown in the photo above) for exercises that simulate a deployment. British troops also use the same facility. The British army also trains 3 battalions a year at both desert and tropical locales in Kenya.

And the archetype for desert deployments, the French Foreign Legion, trains in the field at Djibouti.

None of the training regimens above indicate that a sauna is an acceptable substitute. This includes training for their tropical counterparts. Same thing for football acclimation.

Military training is not discussed because it is recommended for you. Instead it is discussed because it is one of the logical sources of how people train for harsh environments. If these regimens used saunas, then the answer would be a trenchant 'YES, because there's a body of credible evidence on the ground indicating that saunas work'. But instead, neither the military nor athletics use the sauna to train for harsh environments.

I tried the sauna idea myself before moving from the northern hemisphere (in the middle of winter) to the equator. There was no 'control' in that experiment, so I can't clearly say whether it worked or not. But another aspect of this is psychological. What seems unpleasant or normal depends on what you are used to. The strain of exercise feels normal to people who exercise regularly, but feels dangerously abnormal to people who never exercise. Sitting in a sauna may not prepare your body for a hot climate, but it may help you not freak out when you get into a hot climate. You won't sweat any less, but you may be less bothered by the fact you are sweating.

I don't know anything about preparing yourself or the physiology of it all but I can tell you that a sauna does not feel like a typical tropical climate at all. Of course, “tropics” is quite vague and covers many different areas but many places in Africa or South-East Asia are also very wet and, from experience, it's not like a sauna (which is very dry).

while it is possible to train yourself to endure harsh climatic conditions(such as cold or heat), is not something easily accomplish, as Lewis mentions first of all you have to be on a place where there is enough room for move or emulate your activities there not just sitting, also it is a process that takes much time(not a month or two more like some years) to get fit to the environment, as well if you are not going to move there it might not be what you are looking for. And finally remember before doing any kind of training (since this is training) that you need a medical opinion and follow the right routine for your needs otherwise you might end really bad and with several Health problems.

remember that sauna is a controlled environment. heat, humidity, activity etc. is different in african dessert. It would be better if you will train yourself in outdoor endurance activities such as running, biking.

Not the answer you're looking for? Browse other questions tagged health weather-and-climate tropical-destinations deserts or ask your own question.

7
Visiting London in December - what is the weather like and where can I feel the Christmas spirit?
28
Is there an international standard for medical prescriptions, you can carry around and show to any pharmacy?