Day Room At or Near Frankfurt Airport

There is already a question about Sleeping at Frankfurt Airport. We are in the same situation with a 9 hours stop over during the day after a redeye flight, except that we would like more comfort than sleeping in the airport lounges since we will be travelling with a small child.

Are there hotels within the airport or close to the airport which offer day-rooms? Something that can be used from very early morning to early afternoon. This is something I've seen in Asian airports but never elsewhere so far.

This article from the CNBC websites mentions exactly what you need: a day room at Frankfurt airport. Turns out there are various day room brokers out there, as there is an obvious market for this service: travellers and businessmen on the road.

A rapid search revealed that by far the widest number of options for a day room at FRA seem to be listed on Between9and5. Below is a screenshot of the room availability for the 17th of July as of today: 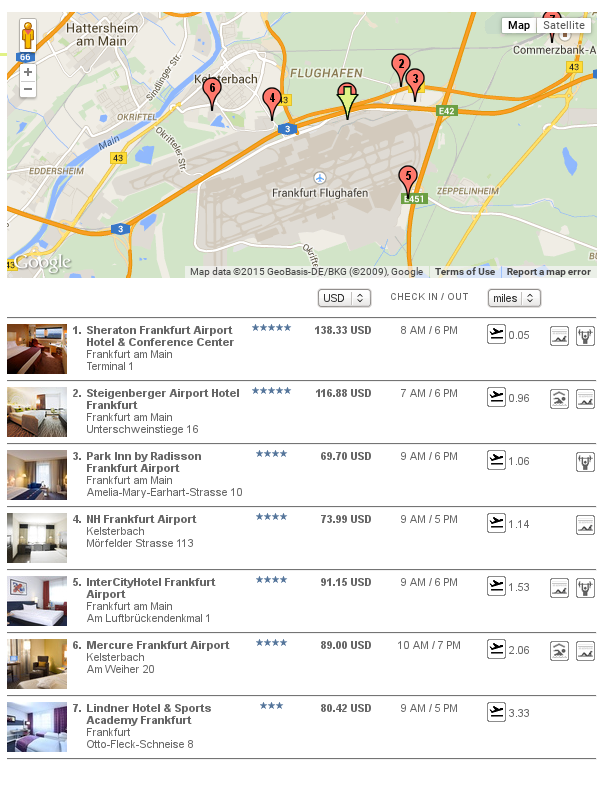 Not the answer you're looking for? Browse other questions tagged airports sleeping fra frankfurt or ask your own question.

24
Where to sleep at Frankfurt airport