Where is exactly the place of Winterfell from Game of Thrones?

How can I get to the filming location for Winterfell in Ireland, if I want to get there by car or public transport? I didn't find tickets for the tour when I'll stay in Ireland so I'm looking for alternative to see this castle from Game of Thrones.

Winterfell was actually filmed in two locations, Castle Ward in Northern Ireland for the majority of the filming, and Doune Castle in Scotland for the pilot episode.

It's only an hour's drive south east from Belfast. There aren't any other useful ways to get there other than the tours themselves. 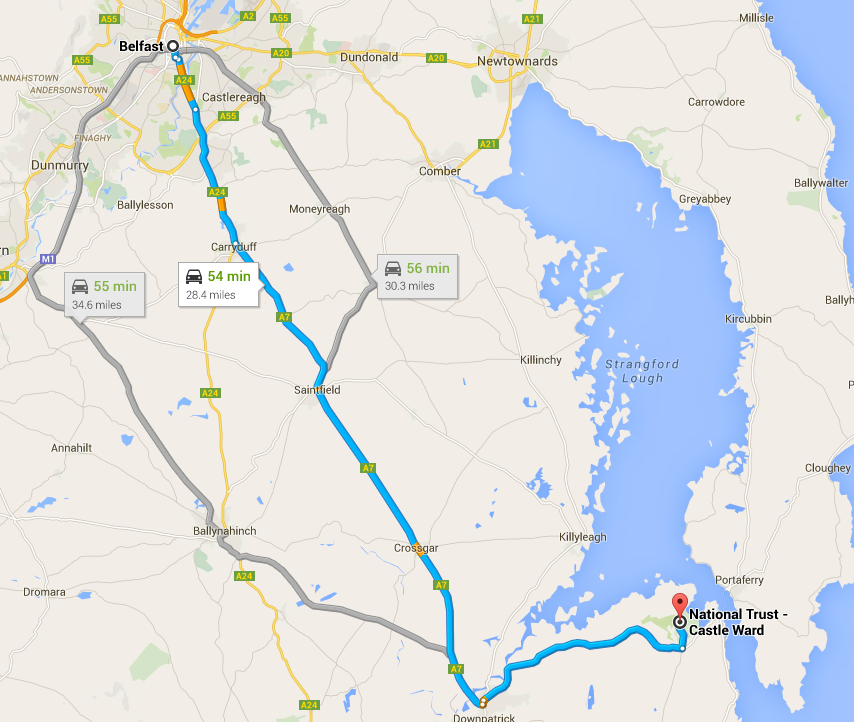 Not the answer you're looking for? Browse other questions tagged northern-ireland or ask your own question.

11
Can any of the Game of Thrones Castles in Ireland be Visited?