My girlfriend who lives in the US wants to visit me in the UK for a couple of weeks. I will be funding her while she stays here and I'm a bit worried she'll have a problem when she arrives and goes through immigration as she doesn't have much in the way of an income at the moment and so they might look at that and refuse her entry.

What do I need to do to make sure she doesn't run into difficulties entering the country?

Your girlfriend will not need a visa to arrive in the UK. Instead she will be interviewed by a British Immigration Officer and if she's successful she will receive 'leave to enter'. The terms and conditions for that type of visa are in Paragraph 42 of the Immigration Rules, and hence what the IO will focus on in the landing interview.

The UK Government recommends that each passenger have some documents ready to show the IO. Here's the screen shot for Americans coming for a visit... 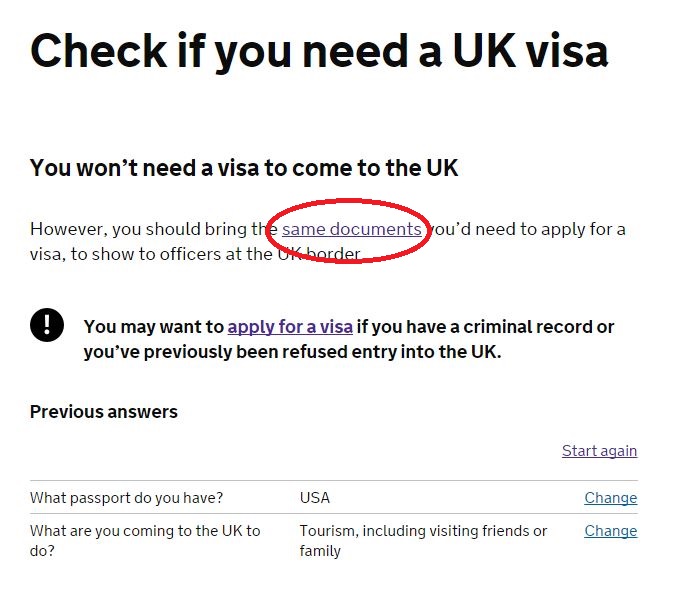 Source: Check if you need a UK visa

The site goes on to list the types of things they may ask for. For single, young people travelling alone, the most important are...

If she is unemployed or employed part-time, she may not have a letter from her employer and that could tweak the IO's radar and prompt him to ask for bank statements. If the bank statements are weak or she doesn't have any, it will arouse concern.

In some cases, refusal seem to be influenced by gender and somewhat arbitrary criteria. Consider this image...

Some other considerations that may be problematic can be found in a report produced by the Home Office Research Group...

Where the sponsor is a boyfriend or girlfriend, the IO may be wary that the passenger will attempt to settle, or get married without a visa. If passengers lie about having a partner or romantic interest in the UK, or about the nature of the relationship, this can seriously damage their chances of being allowed to enter the country. Sometimes when IOs are not happy with some aspect of a story, they may put out a call to see if anyone is meeting the passenger in the arrivals hall; on occasion this produces a partner or spouse.

IOs claim they take a closer look if they discover that the passenger and sponsor hardly know each other, have only just met, or perhaps have never met at all. Officers will seek to determine why the passenger is making the trip, and why at this particular time. If the sponsor and the passenger are in the same line of business, the IO may suspect the passenger is here to work.

Officers commented that internet relationships tend to generate a lot of cases, and are a particular problem among American passengers. If the passenger is young, single and unemployed, there are concerns that he or she may be trying to start a new life in the UK.

Source: Exploring the decision making of Immigration Officers (emphasis mine)

So your girlfriend should be straight up about your relationship and prepared to demonstrate ties to the USA.

You can also mitigate these things somewhat by preparing an invitation letter explaining that you will accommodate and maintain your girlfriend. To carry any weight, the letter should include bank statements and your employee contract. If you are NOT in council housing, it would be helpful to include something about that also.

As pointed out in comments, the majority of people sail right through their landing interview and never realize that they have received a visa. Some are not so lucky, and it pays to be prepared.

For a related report, see An Inspection of Border Force Operations at Stansted Airport (lists the USA in the top three nationalities getting refusals at port)

And how on earth would they do that? What if she has no job but has millionaire daddy's credit card? Proof of funds comes up when you apply for a visa but not at the border. And in this case, she doesn't need a visa. Apply the two fundamental rules of dealing with immigration officials and everything will be fine:

Not the answer you're looking for? Browse other questions tagged visas air-travel uk customs-and-immigration visa-free-entry or ask your own question.

5
Getting my girlfriend from Moscow to Jamaica bypassing the USA (no visa)
9
Can US citizen apply for UK's standard visitor visa while being in UK?
1
To get short-term visa for UK
3
South Africa visitor visa
39
Can my wife visit me in the UK before we apply for a Spouse Visa?
0
Visitor visa refused. Could a family visa be accepted?
3
Standard Visitor Visa for US Citizen