Is a tour of a US Embassy possible?

Looking at the list of services US embassies offer, I guess I could do something like... print out the form to re-issue US savings bonds and try to have them notarize it, but if I didn't actually have US savings bonds that needed to be re-issued it seems like that would be a bit scammish. It also seems like the US embassy might wonder why I couldn't just wait a week and do it when I got back to the states.

Short answer: No, not for ordinary mortals. In the 1990's they hosted a wonderful 4th of July party, but 9/11 took care of that in short order.

It is hard enough to get in when you want to discuss something...

As we have very limited counter space and no private area where we could discuss your case I would discourage you from coming in to the Embassy. We only ask people to come into the Embassy if there is mandatory requirement that they be seen in person.

The Internal Revenue Service used to operate a walk-in service, which is being curtailed.

If you have a newborn baby who has a claim on US citizenship, you can still get in. It's a large room with some nursery fixtures like a play box. There's about a dozen windows where you get called up according to your number. The ambience is strollers everywhere with screaming babies in various states of distress. Mothers getting angry about the waiting times... The odd diaper change... Normally there's a few people waiting to speak to Social Security or the Veteran's Administration. A bottled water vending machine... A confectionery vending machine... A literature stand with every kind of brochure known to mankind about paying your taxes on time... Not much of touring material.

There's an altogether separate facility for people wanting to join the Navy, etc. People who want to speak to a Navy (etc) Recruiter or enlist will get sent there. Asylum seekers will get swarmed upon by the UK police and hauled away to Yarl's Wood; you can't get in that way.

You'll observe from Grosvenor Square that there's a forward control point outside to screen visitors. You need to be on their list of people with appointments for that day. Americans have one queue, non Americans have their own queue. 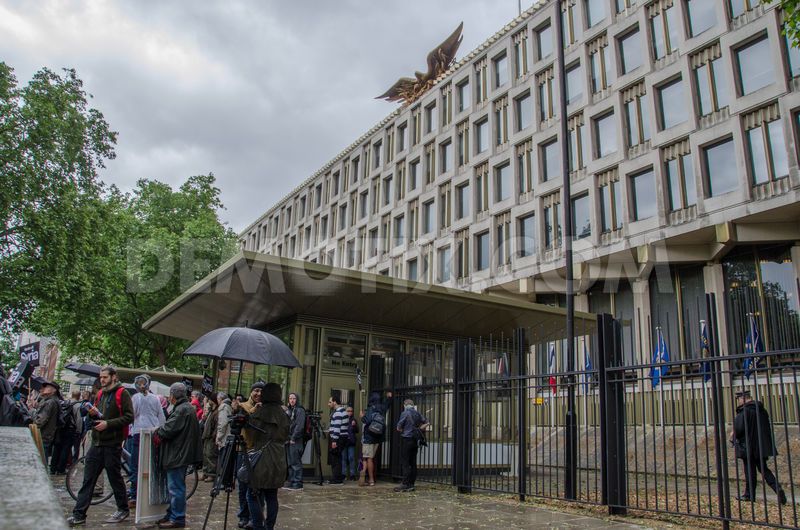 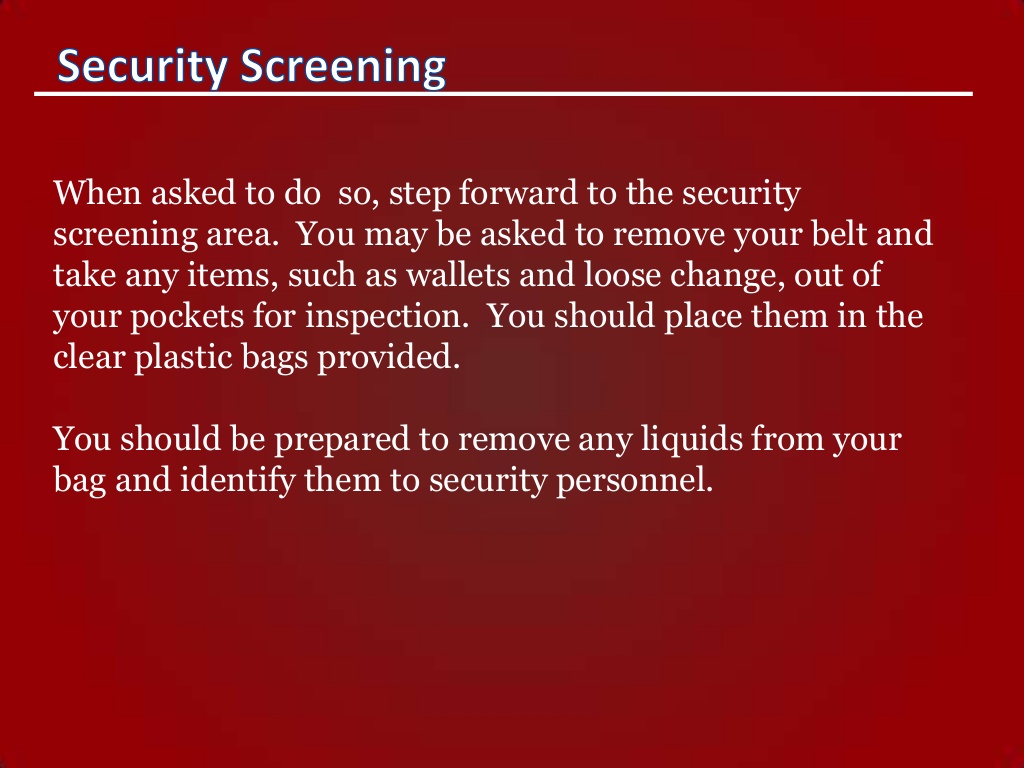 If they find a mobile or camera, you'll be sent back to a pharmacy near Oxford Street to check it in, and then when you return you can wait in the queue all over again. You can't even access the forward control point if you have a mobile on your person.

I don't know the procedure for your specific example about US Savings Bonds. My guess is that they would look in your passport and see you arrived just a few days earlier and probably that you acquired the bonds stateside and conclude that it's too dodgy and then turn you over to the British police who would 'ask' you to leave the Grosvenor Square vicinity. But that's strictly a guess.

Opinion divides about what a 'tour' is. So far, this answer has addressed just getting in to the waiting room and consular area. The embassy itself is in an altogether different part of the building which you can't even see from the consular area. It even has its own entrance (which can't be seen from the street).

So if 'tour' means entering the Embassy from Blackburne's Mews and then seeing the reception hall, the gallery, the ball room, the dining room, the state room, the ambassador's office and such. Plus any back office parts like the kitchen, the ceremonial unit barracks, or whatever, then the answer becomes even more trenchant.

My advice: forget it.

This answer is for ordinary mortals only. Of course foreign dignitaries and congressional aides can get in and see what it looks like. Note that local residents in and around Grosvenor Square bitterly and stridently want the US Embassy gone because the security is a blight on the neighbourhood. So perhaps this answer will change when and if the Embassy is re-sited.

US embassies are probably among the most difficult to access but since your question suggests you might be interested in other embassies too, note that there are many options to visit one.

For example, in London, some embassies participate in the annual “Open House” event (e.g. Czech Republic, Belgium), host occasional cultural events (North Korea!) or have a public library on their premises.

In Washington, EU embassies even host their own “open house” event and you can visit the EU delegation and many EU countries' embassies on the same day (since embassies are generally pretty boring, they also organize a lunch, activities for kids, etc. at this occasion).

Other embassies located in especially significant buildings organize regular tours for tourists, e.g. the Palazzo Farnese in Rome (embassy of France) or the Hôtel de Beauharnais in Paris (official residence of the ambassador of Germany).

And of course, having a legitimate purpose (collecting a passport, voting, etc.) will give you a glimpse into your own country's embassy/consulate (although, in my experience, you generally don't see much and they often have separate facilities in the basement or a building adjacent to the embassy to receive the public).

Aside from security (mentioned by https://travel.stackexchange.com/a/44926/2387) and time (you can only go during citizen service hours), visiting a US embassy is not difficult.

You don't need to have a reason to visit the embassy and if you think you do then you can always renew your passport, request extension pages, or request they notarize some paper. Once inside you don't have to do any of these things. Since these services cost money, you can simply tell them that you don't have the money and they'll take your word for it and not provide the service.

That being said - why would you visit the embassy. It is like a DMV for expats. Do you visit the DMV in your hometown for fun? When visiting other US states, do you tour their DMV facilities?

3
Is there any reason for me to visit my consulate just for fun?
1
Visiting software development companies in LA area/Silicon Valley

8
What kind of weather can I expect in Scotland in the Spring?
4
How can I meet people while traveling in the UK
24
Refused entry to UK, not sure what to do
2
Travelling to the US as tourist while on OPT
11
Heathrow Terminal 2 Satellite
9
My passport is missing an endorsement. Do I need to get it corrected?