Where in the world am I most likely to see stacked lenticular clouds?

Lenticular clouds form when air flows over a topographical feature such as a mountain. Moisture is forced out of the air into the form of a cloud as the air rises over the land feature and then returns back to the vapor form as the air descends down the other side. This leads to a stationary cloud even though the air is steadily flowing.

The most spectacular form of these clouds occurs when the water vapor levels in the air are striated before crossing over the topographical feature. In this case the lenticular clouds form a set of stacked clouds that are sometimes called 'pancake' or 'UFO' clouds. A rather spectacular version of this type of cloud is shown in the image below. More information on various cloud types is available in part 3 of this Open Yale lecture.

My question is: Where in the world can I go to have a reasonable likelihood of seeing these cloud structures in person? 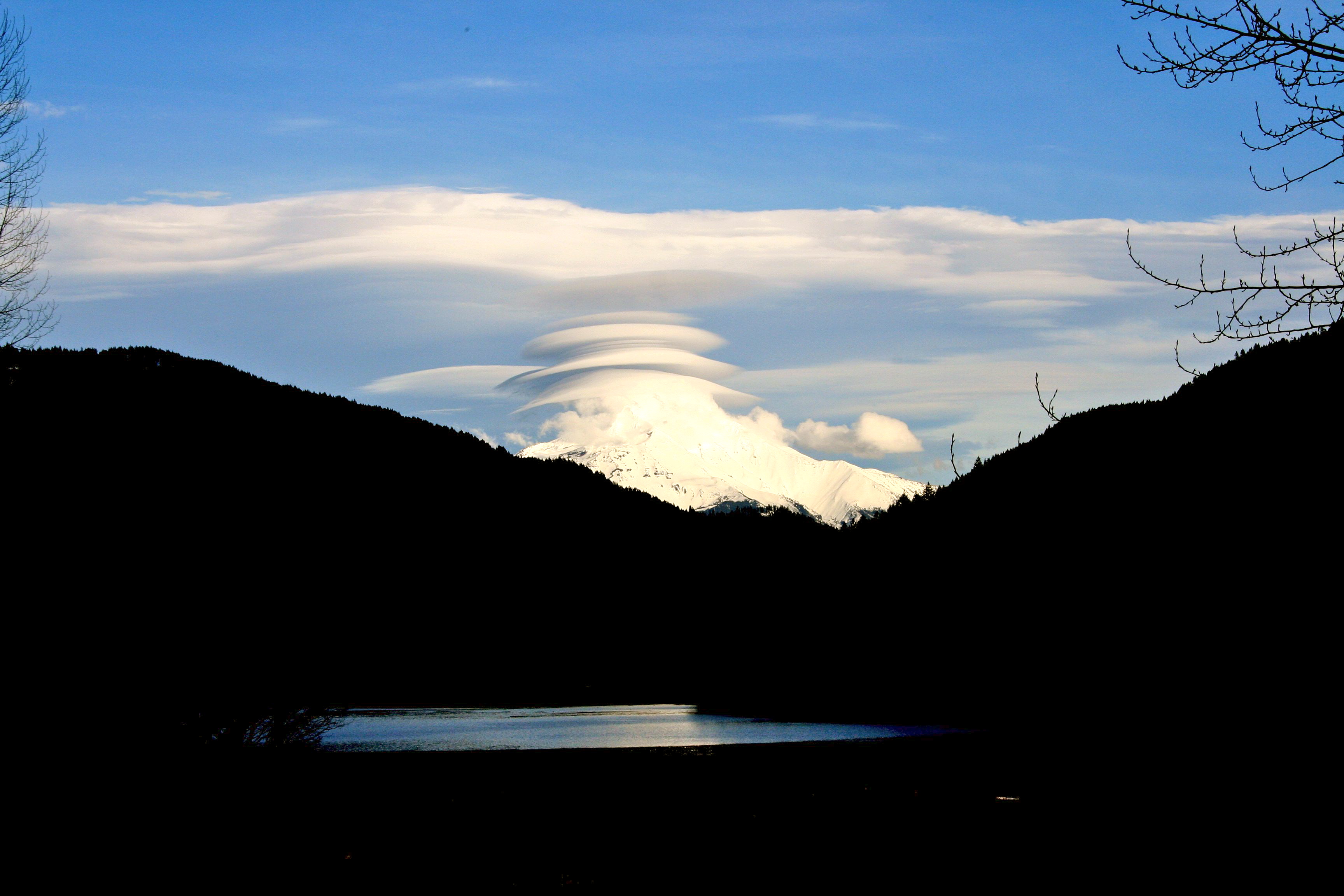 This may or may not help...I have heard people seeing these clouds at Mt Rainier and the Rocky Mountains - they seem to be more commonly sighted in the USA.

Not the answer you're looking for? Browse other questions tagged weather-and-climate where-on-earth mountains or ask your own question.