Is there a Waze-like app to keep track of each other among travel companions?

I am an avid user of Waze. One of its feature is the ability to share your location with followers or through text messaging. This is quite handy when you are on route to appointment while being stuck in traffic. You simply sent a message and the recipient can follow where you are and when you'll arrive.

Unfortunately, only works when driving. It does not cater walking, cycling or public transportation. Does an equivalent of waze exists, which would allow you to share where you are. I would very much like to use this while traveling with a group.

A google search on the matter reveals some apps, but these are mainly aimed at couples who don't trust each other, where you would need to be sneaky when installing the app the phone of the person you would like to follow.

I would like to be able to simple send a text message to have someone be able to follow me, similar like the approach waze is taking. Does such an app exist?

Yes, there's an app exactly for what you're looking for, and it's called Glympse.

You can choose to share your location, set a timer on how long that location will be shared, and send the details (it's just a link) to any of your contacts via text message, Twitter, email, a bunch of other messaging apps etc.

What I like about this is that you can limit how long your location is shared and (if you specify a destination) Glympse estimates your time of arrival based on current speed and lets your friends know when to expect you. 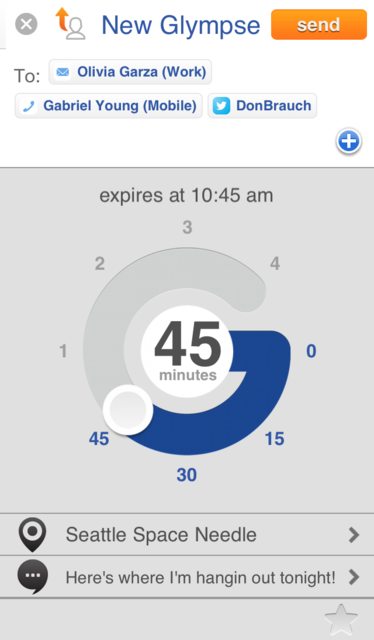 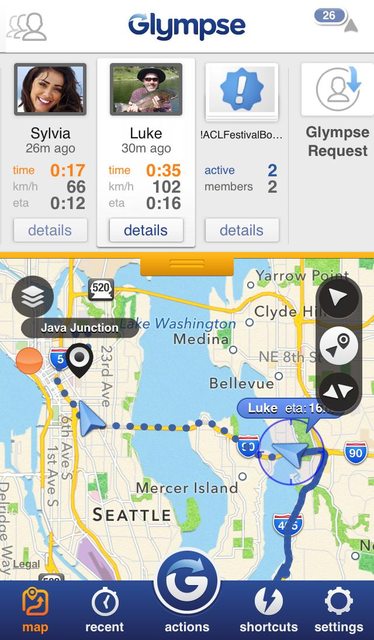 Main screen where details are shown

Ok, last year they merged it with google+, so now it's just under locations in that app, but it allows you to share your GPS location with other contacts or friends, on a pinpoint or city-wide location. 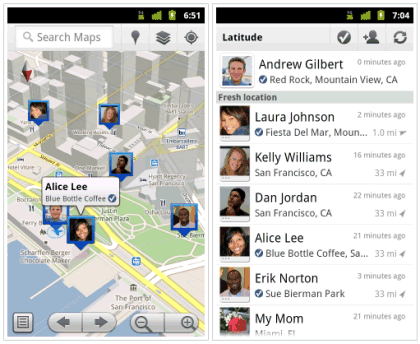 But now, while still similar, is in Google+, and you can activate it as per the following instructions on Android or iOS.

For example, today I was with friends travelling in four cars to Akaroa, New Zealand. Several of us use the app, and every so often we were stopping, and would immediately check to see how far along the other cars were, whether they were already there or lagging behind. It updates every few minutes and works very well..

In London, several friends used to use it as well, and we'd see them all making a bee-line for a pub after work, for example, and could see when someone was running late.

If you and your follower both have iOS devices, Find My Friends can do what you are asking for.

This is (finally!) possible from within the Google Maps app. Simply open the menu, tap "Location sharing" and send a link to any of your contacts or as a simple message. It can be be unlimited or restricted to a certain period of time. 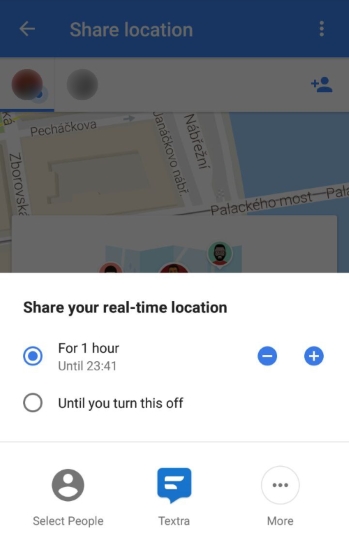 You mentioned "send a text message to have someone be able to follow me". Basic iPhone Message has a new feature to send your location, but not to set up a tracking relationship.

You might be interested in our app Group Tracker ⊚. Currently available on iPhone, undergoing a significant revision for iOS 8, with version 1.3 to be released shortly.

Bonus offer: if anyone loads it in the next week and sets his/her nickname as 'se-travel' we'll give them a free pro upgrade. I'll check once a day or so and indicate winners on Twitter @GTMobileApp.

BTW, great fan of Waze, too. I always check it before heading out!

Another app is called GrouVigate.

It allows you to start an activity and share it between your friends.
Then you will see each of your friends' position and route.

7
What is the best way to get temporary smartphone data service across multiple countries?
12
Is it possible to buy a German prepaid SIM Card from outside Germany?
2
Does Google Maps app work well when offline in Dordogne France?
19
Last fuel stop before airport
3
Mobile Data for Short Trip to Toronto, Canada
5
EU roaming when calling a number outside the EU?
2
USA West Coast - Buying a SIM card
17
Is there a Google Maps like app that shows directions and other people's progress along the same route?