Am I supposed to pay for parking when the parking meter is buried under the snow (USA)?

I am travelling by car in the USA (Boston, Massachusetts). The weather is currently pretty snowy. Am I supposed to pay for parking when the parking meter is buried under the snow? 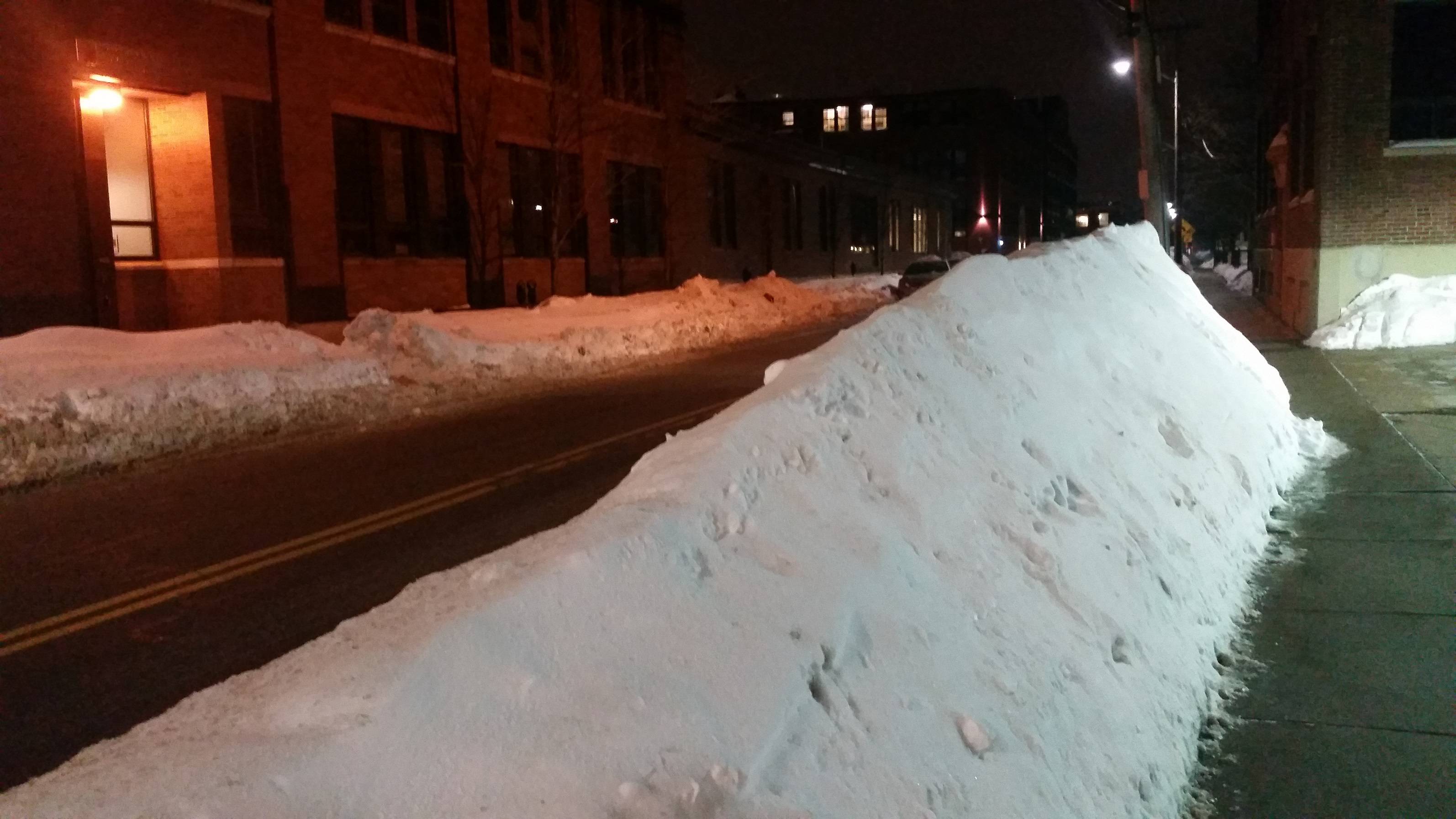 The answer depends on the municipality. In the case of Boston, the short answer is yes:

But, while parking enforcement will be active in the city, their focus will be towing cars parked on "snow emergency arteries" (i.e. major thoroughfares which receive priority attention for snow abatement for use by snow removal equipment and emergency vehicles) and on other violations that could exacerbate problems in a major snow event, like parking in front of a fire hydrant.

And as noted in a recent public radio story, city officials “don’t want anyone to fall and hurt themselves” trying to get to a meter.

If you do get a ticket for not paying and you feel you couldn’t get to the meter, [Boston Transportation Department spokeswoman Tracey] Ganiatsos advises that you take a picture of the snow in front of the meter, if that’s the case, and appeal the ticket.…

But, whether or not a meter is accessible for payment, the city will ticket drivers who are parked longer than the meter time limit — which is two hours in most parts of the city — Ganiatsos said.

See www.cityofboston.gov/snow for an overview of all the city's snow policies and procedures, but remember neighboring municipalities like Cambridge or Brookline have their own, and may not apply the same standards that Boston does.

Not the answer you're looking for? Browse other questions tagged usa regulations driving or ask your own question.

9
What is the minimum passport expiry period when travelling to USA on an ESTA authorization from a previous visit?
9
Is it better to travel by train or plane when there is risk of snow in the eastern US?
44
Am I supposed to respect traffic signs that are upside down (in the USA)?
5
Tipping for curbside takeout food in the USA
11
Driving in Ireland and Northern Ireland
25
How do I pay for a US parking ticket from the UK?
8
Which route to take driving from Seattle to Boston?
5
Motorhome with car in tow - how to pay tolls on a cross country trip in the USA?
7
Shower at a truck stop for a couple travelling in car
1
Road trip to Tromsø (polar circle) in late May: what tires?