I can find lots of pages recommending extending your Cambodian visa through a travel agent, hostel, guesthouse, hotel, or even supermarket or bike shop.

But all seem to merely repeat hearsay about it being too hard or too much hassle to do it directly and say the fee the agents etc charge is "small". Also they give a wide range of different prices from $15 up to I believe at least $45. My guesthouse quoted me something above $50 from memory.

I'm seeking the true actual current details of doing a visa extension in Phnom Penh on one's own, just to have the facts available for any reasons travellers might want.

I personally don't mind getting to the airport and back a couple of times and will do it and report back here. But I would appreciate any link or reference that's either official or a recent story of traveller who did it.

I walked from the hostel zone near the Independence Monument to the immigration office, opposite the airport (a long way, not recommended for people less crazy than me). 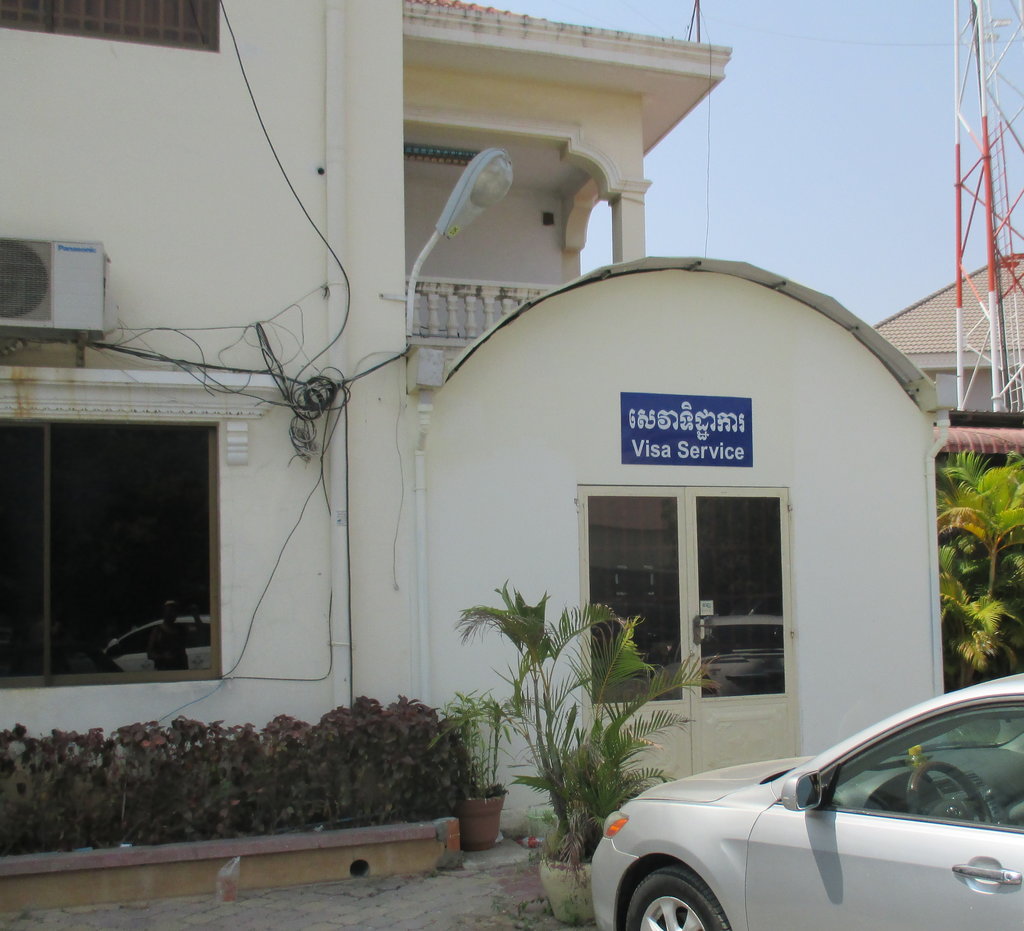 Apparently a tuk-tuk would be about $9/$10 but we discovered there is a comfortable air-conditioned city bus to the airport for KHR 1,500 (37 and a half cents!) which runs along Confederation de la Russie from the Night Market. This is new since late 2014.

At 2pm, the very friendly staff gave me a single-sided single-page form which was simple to fill out. One passport photo was required, which I had with me. The office was not busy, just a few others.

After handing in the form I had to wait 15 to 20 minutes for the application to be lodged, then I had to pay USD 30 for which I was given a receipt. I was told to come back in seven days to pick up my passport. This might not be the usual length of time since Chinese New Year is this week, but there are no Cambodian public holidays.

As mentioned on many forums, tourist visas can be extended one time only for one month only.

Much of the other information on most forums seems to be FUD. The staff were very friendly and happy and helpful. I wasn't given the runaround. There was no apparent bureaucracy or complicated processes. The form is simple to fill out. Everything is clear. There were no bribes or mysterious extra fees. The fee is $30 (my guesthouse quoted me $45 or $46 I believe.)

So including a tuk-tuk ride there and back to apply and another ride there and back to pick up the passport could be up to 4 x $10, so cheaper to get an agent to do it. But if you take the city bus it only adds up to $1.50 for all four trips. Another option is to go on a motorbike taxi, which might only be $2 per trip.

If you're a traveller on a tight budget it's definitely cheaper to do it yourself by taking the bus. If you're an expat with an income the extra USD $15 might be nothing to you.

The only factor remaining could be the processing time. At this point I don't know if it always takes seven days. I'll double check how long the guesthouse says it takes through them.

Not having your passport for this one week may make it tricky to change accommodation or do a trip while you're waiting as most hotels and guesthouses want your passport at check-in. I noted down my passport and visa numbers, so hopefully this will be enough for checking in.

Seven days after applying, I returned to the Visa Service office a few minutes after 2pm as requested.

This time they were a little busier but still very happy and polite. I sat and waited in the air conditioning I badly needed until my name was called and I was handed my passport with a new full-page visa of a different colour with departure date one calendar month later than my original visa (not 30 days later - it's February). There were no additional fees or hassles.

Since they were busy and the place was being closed for some high level meeting I did not have the chance to ask the prices of extensions of different durations.

They were very particular in wanting to see my rental contract and would not give me a visa that extended past it.

Not the answer you're looking for? Browse other questions tagged visa-extensions cambodia phnom-penh or ask your own question.

11
Does a Canadian need a visa to pass from Cambodia into Laos and then back?
3
How to obtain a Cambodia tourist visa in Bangkok?
5
True current process of extending Mongolian tourist visa
12
What are the penalties and bureaucratic hurdles when overstaying a tourist visa in Cambodia?
8
Is it possible to apply for and extend an Indian tourist visa whilst in Mumbai, India?
4
Can I get my tourist visa on arrival at Indonesia and then extend it?
3
Where can I find information about extending a Chinese tourist visa in Xi'an, Shaanxi?
5
Land borders between Thailand and Cambodia that accept Cambodian e-Visa