From what point could you view the most countries?

A fairly simple question: from what single point could you see the most countries? It seems like it should be a popular tourist attraction.

This question lists 157 tripoints, however, there's also an almost quadripoint, where 4 countries Botswana, Namibia, Zambia, and Zimbabwe are very close to each other. From what I can tell, this is a very flat area so this place might not have the record.

So, from where on earth can you view the most countries?

According to the website HeyWhatsThat, you can see seven countries from the summit of Ljuboten on the Kosovo-Macedonia border. 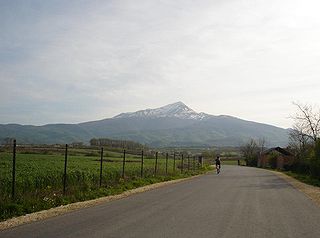 The shading of the alleged view as well as marking of several peaks can be seen at this link: HeyWhatsThat page on Ljuboten. I found this peak by clicking on promising peaks at that webpage at random. The Wikipedia page on the mountain does not have this factoid. I have no idea about common weather conditions in the area (how often the air is clear in all directions). Moreover, you have to subscribe to the foreign policy of one of the 108 countries that recognize Kosovo for this to be a record. It should in any case have the record of "highest increase of number of countries viewable in the modern era" as the area in question did only contain 4 countries prior to 1992, and is in any case a tie to the Swiss mountain in JoeDeRose's answer.

Being from the Caribbean (Curaçao) and with a rough knowledge of the area's geography I figured one of our neighbors might come close to the 7 countries in Jørgen's answer. It's all small mountainous islands close to each other with only the flat sea in between. So I went exploring on HeyWhatsThat.

After trying few peaks, I found two locations. One with 6 visible countries and another one with 7. But unlike Jørgen's answer these are all fully recognized countries. 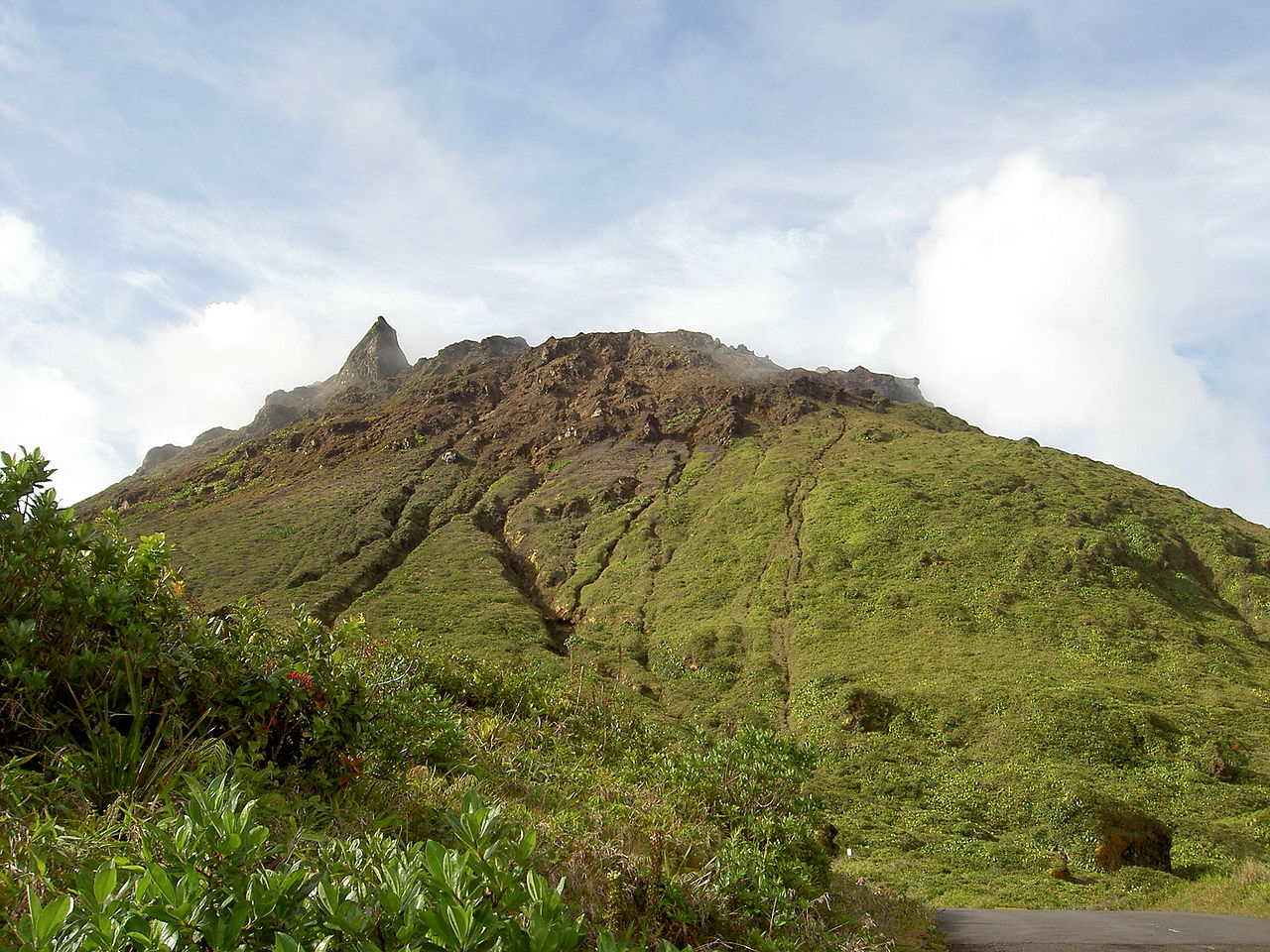 The first location with 7 visible countries is La Grande Soufrière, an active volcano on the island of Basse-Terre in Guadeloupe, France. The countries visible from here are: 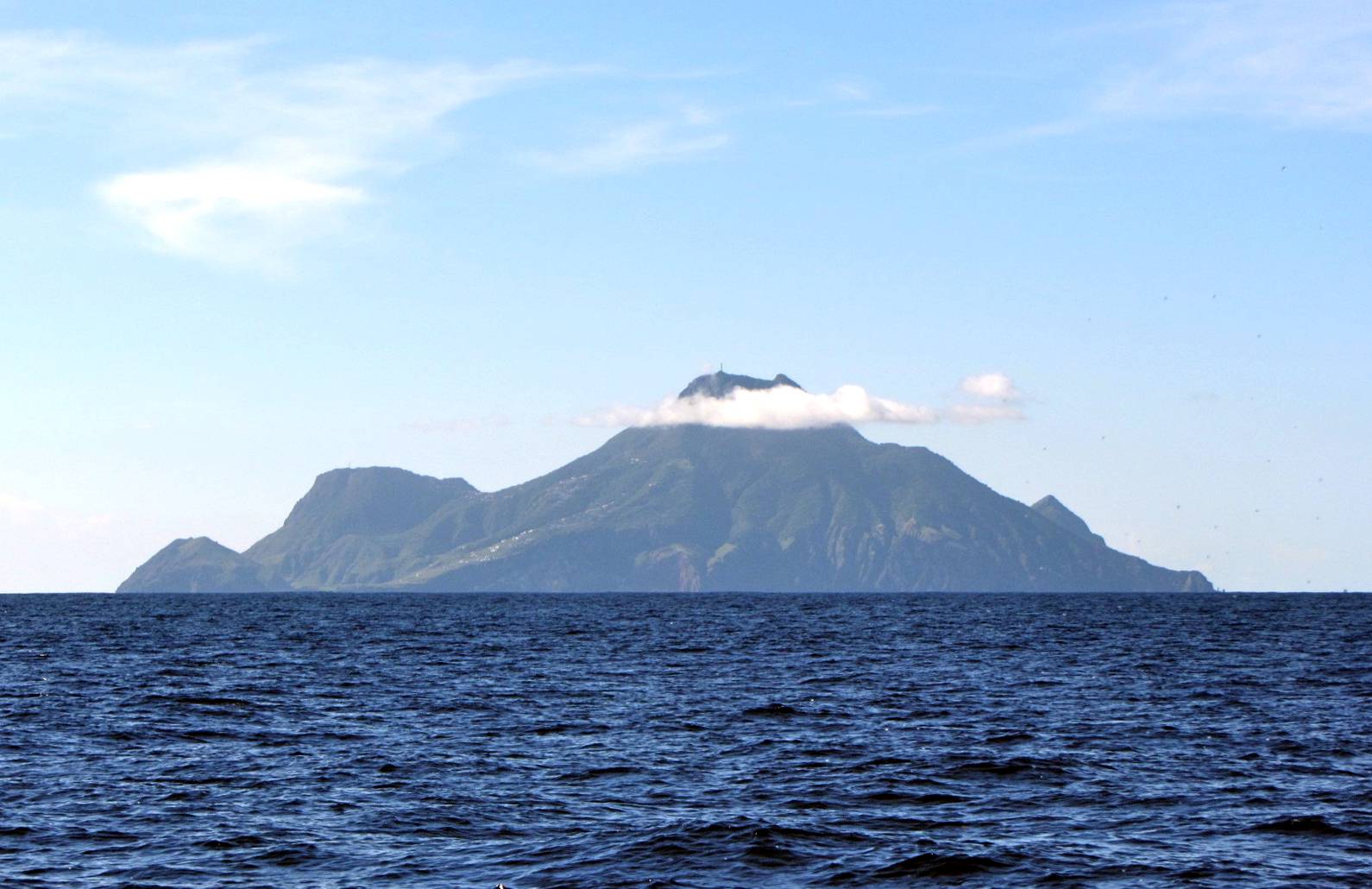 The second location with 6 visible countries is Mount Scenery, a potentially active volcano on the island of Saba in the Netherlands. The countries visible from here are:

Being in the Caribbean, the weather should be clear enough on most days to see long distances, depending on the time of the day.

Depending on how you look at it, there could be 7 countries visible from Mount Scenery since the Dutch side of St. Maarten is an autonomous country within the Kingdom of the Netherlands, and thus not actually part of the Netherlands. Officially it's an EU Overseas Country or Territory (OCT) with a relationship similar to that of the Isle of Man with the UK and Greenland with Denmark.

I think the solution to this puzzle depends on small, mountainous countries. Switzerland tourism claims that you can see 6 countries from Säntis: Switzerland, Germany, Austria, Liechtenstein, France and Italy.

I'll take a stab at answering this.

The near-quadripoint works, you can see four countries. I've been there myself:

But, there are a few more candidates.

The Wakhan corridor (in Afghanistan, http://en.wikipedia.org/wiki/Wakhan_Corridor) is so narrow (8 miles at its narrowest), that I presume there will be peaks from where you can see Afghanistan, China, Tajikistan and Pakistan.

The eastern edge of Kazakhstan and the western edge of Mongolia nearly meet, separated by a 30km gap where Russia and China border. The border here is fairly mountainous, so it's likely there will be multiple points along this corridor where you will be able to see four countries.

Technically, if you stand on the south pole, you can see land claimed by 6 or 7 countries: http://en.wikipedia.org/wiki/Territorial_claims_in_Antarctica#mediaviewer/File:Antarctic_Region.png

There's a road that connects Igdir (in Turkey) to Nakchivan (in an Azeri exclave). The road goes through a Turkish corridor that, at times, is only some 2k wide. There, Iran is one side, Armenia on the other. Beyond a doubt, you'd be able to see four countries here, from multiple locations.

So, the question is, besides on the south pole, where can you see five countries from the ground?

37
From what point could you view the most US states?
27
What's the highest number of countries whose borders meet at a single point?

25
The most difficult countries to travel in?
27
What's the highest number of countries whose borders meet at a single point?
22
What is the deepest accessible point on earth?
37
From what point could you view the most US states?
8
From what point on the earth's surface could you view the most UK counties?
12
Where is the longest visible line of sight on Earth from point A to point B?
8
What is the biggest altitude difference between two points visible from each other and where are they?
5
Which road connects the most countries?
4
Which airport has direct flights to the most countries?
11
Where can I go to see the Earth is round?