Are non-Muslims allowed to build snowmen in Saudi Arabia and similar countries?

Does this affect the ability of non-Muslims to build snow persons or snow camels in Saudi Arabia or other Muslim countries, in terms of either legal consequences or social acceptability?

Assume for the sake of the question that there's nothing offensive about the creation other than it being of a living creature.

Edit for those who don't believe in snow in Saudi Arabia: 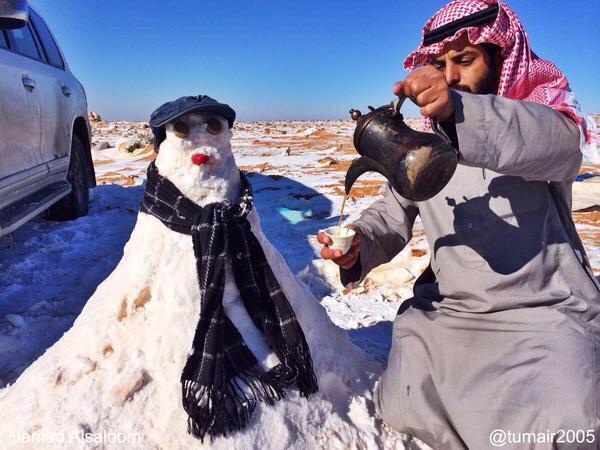 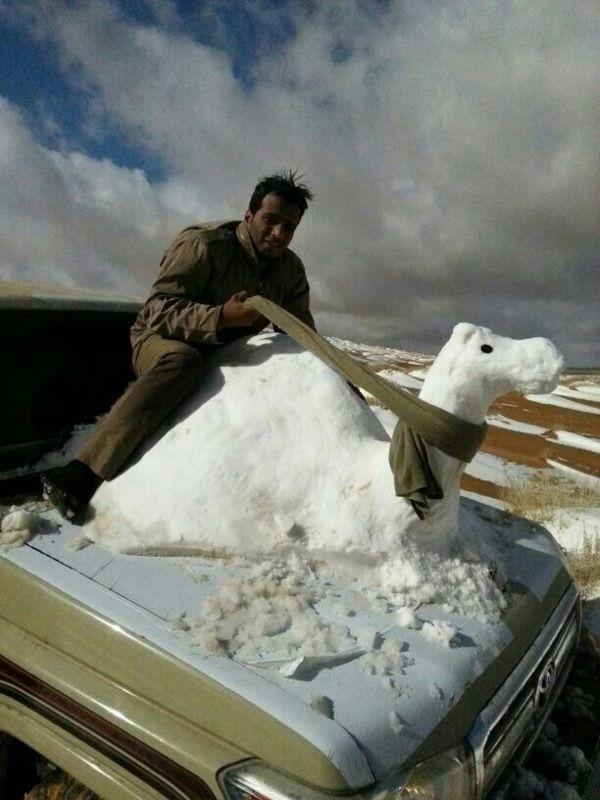 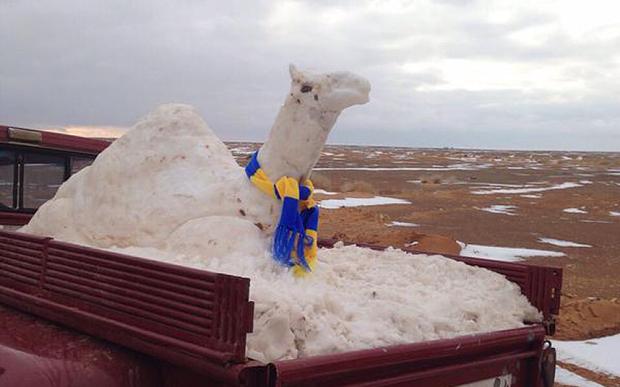 TL;DR: It's complicated, but in practice, yes, building snowmen is still allowed for everybody.

A fatwa is not a law, it's a ruling by an Islamic scholar that's technically only binding on the person who issued it, not all Muslims in Saudi Arabia, much less all people there. This particular fatwa does not appear to originate from the Permanent Committee, whose rulings are de facto binding, although even this is contentious.

On a practical level, Islamic law in Saudi Arabia is enforced by the Committee for the Promotion of Virtue and the Prevention of Vice, namely its street-level agents the mutaween. Now if a particular muttawa happens to follow the scholar who issues the fatwa and agrees with him, they may well issue a verbal warning to the transgressor. However, they have no legal right to arrest or punish people, even for an egregious offence all they can do is detain them while they call the police to sort it out. (That's the theory, anyway, in real life it's not quite this clear cut.) But even in Saudi Arabia, I'm reasonably sure a cop told to arrest somebody for building a snowman would just roll his eyes and tell everybody to sod off.

A fatwa is not a legal opinion, it is a religious opinion and it only sometimes has to do with the law.

This distinction is important if the country's legal system follows the Sharia, and typically in those cases, the rulings are done by a central committee (as in Saudi Arabia) and not just any goof with mouth.

In Saudi, there have been some insane "fatwas" that really no one takes seriously:

In strict Islam, it is forbidden to create images of life so pictures/sculptures of animals, humans and other living things are prohibited; that could be the reason behind this fatwa but in reality (20+ years living in Saudi) hardly anyone enforces these things.

So, for the traveler - it is not against the law; you might be given a few mean glances (even then, it will depend on where you are in Saudi) and that's about it.

I will give you general role about fatwas.

Anyone can give a Fatwa in Islam :)

The person who gives fatwa has to prove his fatwa with some kind of proof. Even given proof doesn't mean the fatwa needs to be followed.

That's why you can find strange fatwa from time to time.

Even Saudi's and Muslim in general laugh about some fatwas.

For example, take smoking, there is a fatwa saying it's forbidden and another that says it's up to the individual.

Most Muslim see this as a healthy thing. There is no Priesthood in Islam.

Most of the time well proven fatwa are followed and weak fatwa are ignored. That is one major different between Islam and Christianity. Muslims don't accept a whole person as a package because we believe the person can give some good opinions but not always. So we may accept some fatwas, but disregard others from the same person.

So, to answer the question: fatwa doesn't mean law, so it's not illegal to build snowmen in Saudi :)

And if there is a weak fatwa you will see another fatwa is replying to it and prove that it's wrong, and clarifying the other path.

There is only two things are fixed and constant in Islam 1."Quran" and 2."Prophet Muhammad" words and other thing like fatwa is not constant. so there is no one can force someone to change something from his mind in Islam, there is no Pope or Priesthood and no one can force the Muslim to do a specific thing. Muslim follow what they say it right from the different opinions, and they don't follow people by them self.

Also for the record not all the laws come from fatwa some laws are against some fatwa like insurance issue in Saudi Arabia, all fatwa's were against forcing insurance but the law force it anyway.

Not the answer you're looking for? Browse other questions tagged legal cultural-awareness saudi-arabia snow islam or ask your own question.