Where are some interesting places with wildlife, nature-views, and/or historical sites in the very North of Finland, Norway and Sweden?

We'll be driving from Östersund (Sweden) to Narvik (Norway), Hammerfest (Norway), Kirkenes (Norway) and Haparanda (Sweden), in that order. We'll be making the trip next summer. 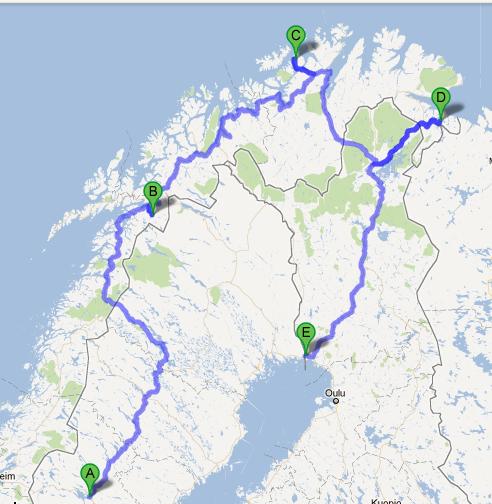 These are quite long drives so we'll be looking to stop in places along the way. We'll have a tent and will probably be making liberal usage of Allemansrätten.

I'm looking for places that either have a lot of natural beauty, or have some historical significance. Or, any places that might have things we probably won't be able to see anywhere else in the world (or even anywhere else in Scandinavia). I realise that part is probably unlikely in the mostly uninhabited North.

We have three weeks to make this trip which means we can take our time, so we'd love to visit small out of the way places that have things we can take nice pictures of. I can see there are a lot of national parks in those areas, so I'm sure there must be cool places to stay.

I've already been to Abisko National park so I don't want to go there this time.

I have been thinking about the same trip for many years but not managed to do it. I expect the road trip itself to be spectacular enough to be worth it. Here are a couple of things I would like to see myself and some I digged up right now.

North of Mo i Rana (where you enter Norway) is Svartisen, one of the biggest glaciers in Norway. 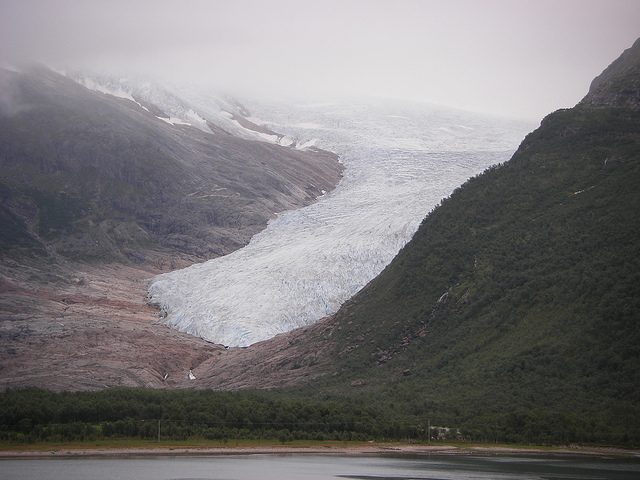 Lofoten is an island outside of Narvik that has spectacular nature and lots of interesting birds. They also got a viking museum and one of the earliest settlements in northern norway. 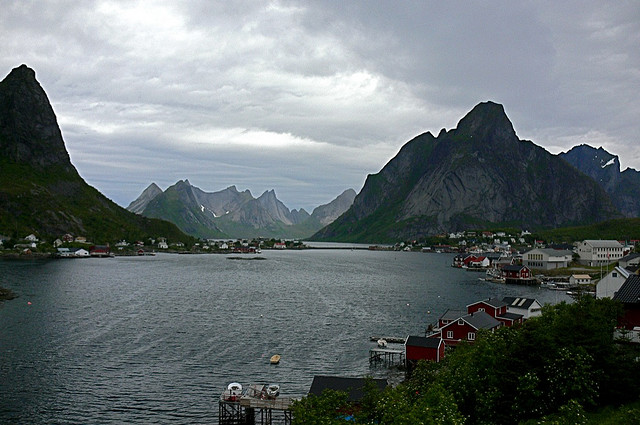 Tromsø is a picturesque island town. "the biggest concentration of historic wooden houses north of Trondheim" according to wikipedia. Apart from being cosy it also features a polar museum and the modern 60s arctic cathedral pictured below. 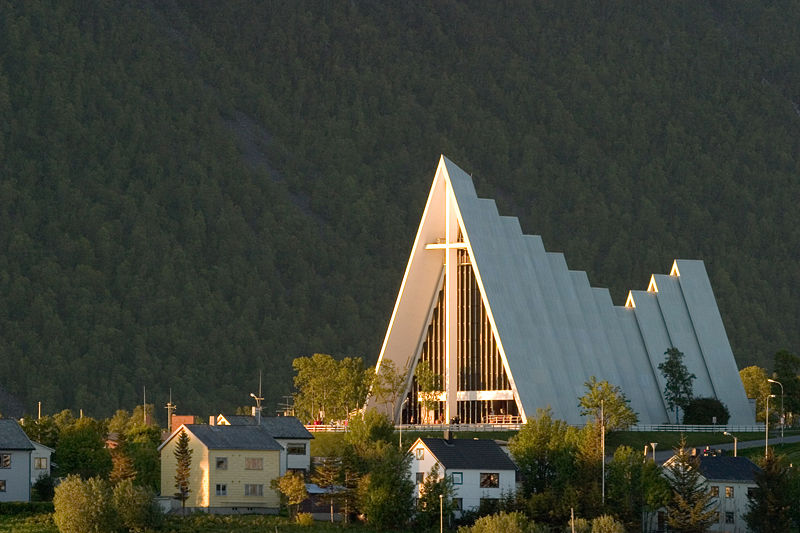 Photo by henrik from wikimedia commons.

In Alta there is a UNESCO world heritage site with rock carvings - some of them as old as 6000 years. 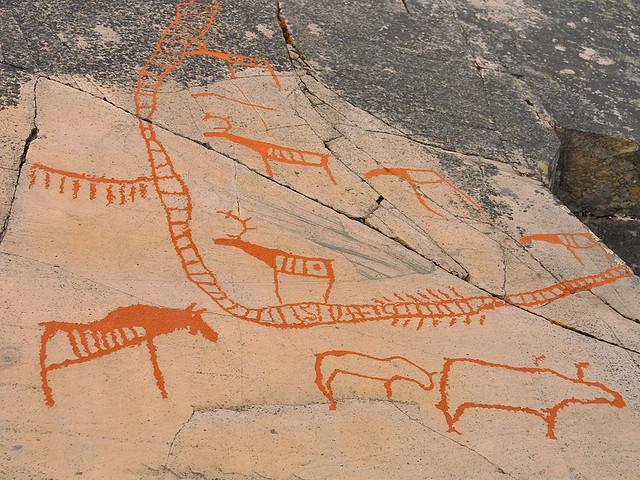 Everyone I have heard that has been to Nordkap has only experienced mist but if you like visiting extremities it may be fun anyway. 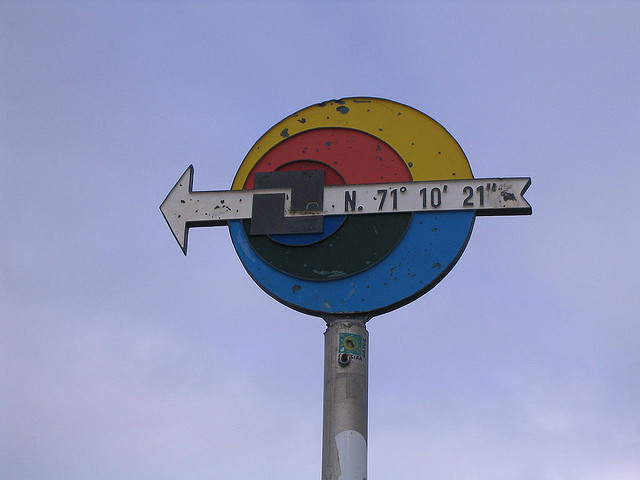 If you are going as far east as Kirkenes, Murmansk is only some 4 hours further on. If you are interested in seeing remnants of the old sovjet this is where the lenin statues still stands. (Probably because no one cares enough to remove them but still...) 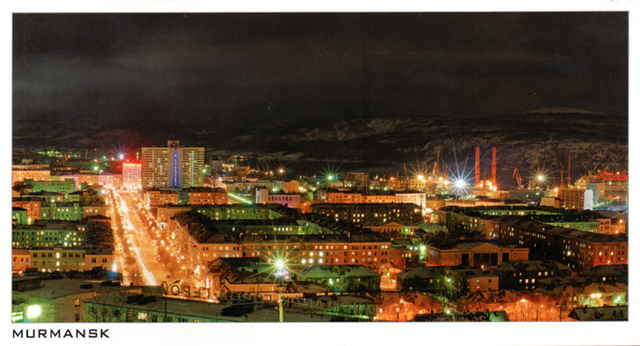 Finally if you think the drive is too long it is possible to take the car for a part of hurtigruten. It is a nice way to see some of the scenic route from the other side.

One popular place for hiking and nature views—as far as Finland's peaks go—is the Saana fell. It's located far in Finland's northwestern "arm", close to the point where the Finnish, Swedish and Norwegian borders meet. (On the other hand, at that point you'll surely have seen far more impressive views while driving up the Norwegian coast.)

There are also four Finnish national parks at least somewhat near your planned route (I'm linking to outdoors.fi which has lots more info and shows them on the map):

I haven't been to any of these places myself, unfortunately, so I can't give any specific first-hand recommendations. But hopefully you'll find those pointers interesting anyway.

Not the answer you're looking for? Browse other questions tagged road-trips destinations nordic-countries arctic scandinavia or ask your own question.