Why do people in Taiwan sometimes use Western-sounding names?

Okay having traveled a bit around this country I commonly hear native taiwanese calling one another English or western sounding names. Am I simple fooling myself into thinking this is the case, being a total novice of mandarin? Or do they actually adopt English names among themselves?

It is very common in many parts of Asia and Africa for people to adopt Western names, especially English ones, and to use them even in local contexts. So in terms of travel, do not be suspicious if a stranger says he is Christopher or she is Emily.

In some cases, it is simply can be one of many names someone adopts. In traditional Chinese culture, one can have many names: a childhood name, a school name, a nickname among friends. It is nothing unusual, then, for someone to take a Western name for one of these. In other cases, it is a colonial relic; I've met many Sri Lankan Antons and Filipino Ramons on that account. And in some countries, particularly British-influenced ones, it will be referred to as one's Christian name, from giving someone a baptismal and/or confirmation name.

But the practice is widespread and far from restricted to practicing Christians or ex-colonials; Taiwan's foreign minister is David Lin, and there are enough Korean Graces to inspire a whole documentary entitled The Grace Lee Project.

Some other reasons include the following:

As far as the selection of names, this too varies widely. In some cases people choose a name after a person or character; saints, yes, but I have a Korean family friend who took the name David after someone on Sesame Street. In other cases, especially for names taken as an adult, the adopted name is an approximation of the given name: Rae Won becomes Ryan, Jing-sheng becomes Jason. But it's also possible that they simply like the sound or the meaning of a name, even if it is not commonly used as a name in Western countries. I met a boy in Malawi named Gift, as he had been a happy surprise to his parents.

Choster's answer is a very good look at the ins and outs of this.

To answer directly however, why do people in Taiwan have western names; the reason is chiefly that Chinese (Mandarin and Taiwanese being the dominant varieties in Taiwan) is a tonal language.

This means that where in the English alphabet we might spell a Chinese word as "shi", in Chinese this can actually be said with varying tones to make a number of different words. Take this famous example: 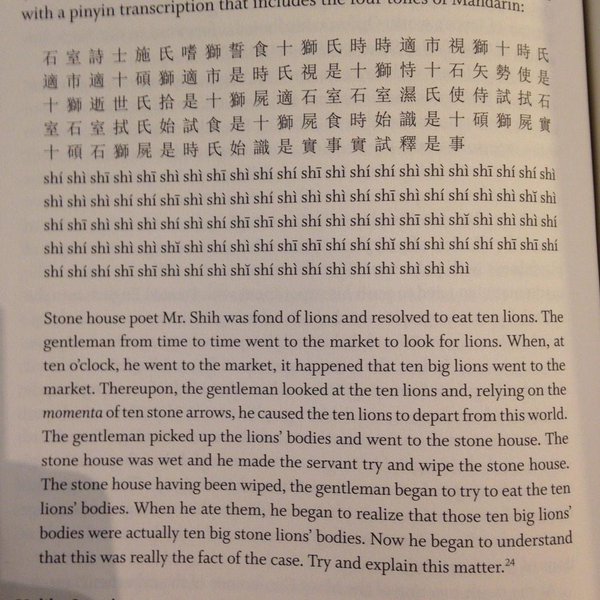 This means for example that you might have a girl her spells her Chinese name a certain way in English, but when you read it you're saying it completely wrong because you are not using the right tone. Even if she explains and demonstrates the proper way to say it, a lot of westerners have trouble getting it right. Many will even have trouble with the very concept of tones and how there can be several different shis.

You don't encounter this problem in for example Japanese, which has a pronunciation that is generally quite easy for westerners. An Englishman will have little trouble saying Akira Takada reasonably accurately where Chen Yi Hua will most likely be mangled beyond recognition.

All this being said however in my totally anecdotal experience Taiwanese people using English names is less common than Chinese people doing the same. I have met several Taiwanese who introduced themselves with their regular Taiwanese name. I'd be very curious to know if there is any data to support this and the reasons behind it- perhaps parents purposefully choose names with more neutral, westerner friendly tones? Perhaps its a sign of rising confidence and internationalization? Perhaps I just met a certain type of Taiwanese and a different type of Chinese. Who knows.

Not the answer you're looking for? Browse other questions tagged taiwan cultural-awareness or ask your own question.

9
How can a non-Chinese-speaking traveller use the free Wi-Fi in 7-Elevens in Taiwan?
59
Why does there seem to be an extreme lack of public trashcans in Taiwan?
7
Is there any printer at Taiwan Taoyuan International Airport (TPE) that airline passengers can use?