Do any States in the US give traffic tickets for 5 mph above the speed limit?

In Louisiana, USA it's widely understood (unofficially) that one can travel 5mph above the speed limit without receiving a speeding ticket.

Does this rule apply when traveling the rest of the States?

Getting stopped for going only 5 MPH over is unlikely anywhere in the US. Of course it can still happen if something else is suspicious, e.g. very dark tinted windows (which may also be illegal), a very unusual looking vehicle, etc.

5 MPH over could be a discrepancy in measurement equipment, and officers do not want to go to court to explain when and how their radar gun was calibrated, etc. If they see you doing 20 over and write you a ticket for 10 or 15, it's less hassle for them. This cuts both ways: if your speedometer is slightly miscalibrated (entirely possible), you might be doing 10 over when you think you're doing 5 over.

But there is no such "rule" that lets you drive over the limit. If you believe the speed limit is too low, it is incumbent upon you as a member of a democracy to try to get the limit increased.

In New York you definitely MAY be pulled over for exceeding the speed limit at all. In other words, if a cop wants to pull you over (to fulfill a ticket quota etc) he can use the fact that you exceeded the speed limit by 1 mph.

Now, having driven across the United States, I would have two observations which may illuminate how cops decide whether or not to pull you over. 1) If you have an out-of-state license plate, you will definitely draw attention, so I would keep that in mind. I was once pulled over in Kansas for 'not maintaining my lane' (which was absolutely false) while in a vehicle with California plates. The trooper was simply curious about what I was doing etc, and I received no citation or ticket. 2) The important thing to keep in mind is 'flow of traffic'. If the speed limit is 55, but everyone is doing 65+, then it is safer (and less likely to attract police attention) to go the same speed as everyone else. Likewise, if you are near a busy exit on a highway and traffic slows to a crawl but you decide you want to maintain a speed much closer to the limit by weaving in and out of traffic, that will certainly grab attention.

So in my experience (and from advice my father, a judge, has given me) I would say the number one 'rule' when deciding how to drive on a roadway is to not stand out. If you are the only car on the road at 2 am, make sure you follow every law to the 'T'. If a cop is waiting in a speed trap at 2 am, s/he will most likely use any excuse to pull you over, if only to break up the tedium of their shift. If you wish to exceed the speed limit, 5 mph over generally won't attract any attention on a highway, but as Green Chili mentioned, it depends on where you are speeding.

On the highway, doubtful, but if you are in a residential area, or school zone, most likely yes.

Here in Fort Worth, Texas cops will pull you over for going 5 over the limit in a school zone in a heart beat. Anywhere else though, not really. I've been passed by casual cops when I was doing 8 or 9 over the limit. I've even passed cops doing the same speed. Just really depends on the area also. Certain smaller towns might get their money from traffic tickets, so they will pull you over for no reason, whereas bigger cities won't care.

Utah just increased some of its speed limits from 65 to 70 mph. The highway patrol confirmed that back when the speed limit was 65, they gave a 5 mph buffer to drivers before ticketing.

But with the new 70 mph speed limit, they're changing the buffer to be 1-3 mph.

From a recent news covering:

But Col. Danny Fuhr, superintendent of the Highway Patrol, has vowed strict enforcement of the new 70 mph limit. He said people may not get tickets if they travel 1 to 3 mph over it, but will be targeted if they travel 75 in a 70-mph zone.

So going 75 will get you a ticket nowadays.

Technically, any speed over the speed limit can be considered illegal and ticketable. I've personally witnessed California Highway Patrol pull over one car at 67 mph in a 65 mph zone. (Cop car was in lane two of four on the freeway, at 65 mph. A somewhat dense pack of cars were therefore all dutifully travelling at exactly the same pace. One car tried to slowly sneak by at 67 mph in lane 1. Sirens ensued.)

I've also had a cousin receive a ticket in Milpitas, California in a 35 mph zone, while going less than 40 mph.

While unlikely, yes. I will be covering special cases other users haven't covered yet where you may.

Typically, if you are pulled over for 1-5 over, the officer has alternative motives that may not be all that ethical.

With that said, while there is no legal rule allowing you to go up to 5 over, it is (at least where I am from) generally understood when safe to do so. Again, generally safe, if a cop wants to pull you over he can.

Since there have been no actual citations about towns setting up speed traps to scam motorists using speeding tickets, I will provide some examples:

They are especially ridiculous at their job, since they specifically extended the limits of the town to encompass a small section of the highway specifically to fleece motorists: 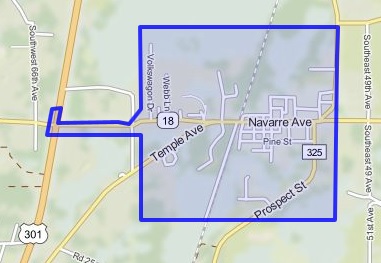 You can lay claim to a 1,260-foot stretch of busy highway a mile outside of town and set up one of the nation's most notorious speed traps. You can use the ticket money to build up a mighty police force -- an officer for every 25 people in town -- and, residents say, let drugs run rampant while your cops sit out by the highway on lawn chairs, pointing radar guns at everybody who passes by.

The city that once covered half of its $1million budget with speeding ticket fines and other 'police revenue' is disbanding its department.

The Waldo City Council voted 4-1 on Tuesday to dissolve the police force after both the police chief and his replacement were suspended over allegations that included ticket quotas.

I once got pulled over by sheriff for doing 65 on 60 in Oklahoma country highway. However I was only given a warning. Warning don't affect your insurance but stay on your record. I was driving on a old highway and cop was driving on opposite way. He turned around on highway and came chasing me to warn me.

I would always do plus 5 on highways until then thinking no one will ever ticket me and braking to slwoing down on first spotting cop helped me, however because he was coming from the other direction I did not see him.

Police alerts on waze app are pretty useful if the cop is not moving.

There are certain geographic zones and times where enforcement is particularly stringent.

From my experience in the US, all the above answers are correct but one thing that isn't mentioned is the specific road also makes a difference.

For example on Texas SH 195 that runs between Killeen and Austin, there are multiple radar traps and speeds are enforced strictly. This is because this road is notorious for having drunk speeding college kids (and GIs) that are coming back from Austin.

I have been pulled over going 2 (according to the digital speedometer in my car) over the limit by a state trooper. I was not cited, but both the state trooper and a MP came out to check the car and my documents.

The weather also makes a difference. If you are speeding slightly and its raining, foggy etc you will also be pulled over for speeding within 5 mph of the limit. I had this happen to me while trying to catch a plane at DFW (my flight from Killeen was canceled due to the weather). The officer pulled me over, took his time checking my documents (it was a rental car), then proceeded to write me a ticket as slowly as possible.

My driver's safety course in Culver City, California included a session with a CHP officer who went out of his way to state that they do not pull drivers over for speeding if they are going with the flow of traffic, but will pull over people "jackrabbiting" across highway lanes regardless of speed limit for reckless driving.

33
What does it mean to be in the fast lane in California?
3
If you're speeding by 20, why's it less hassle to ticket for 10 or 15?
2
What's the actual speed limit on highways in California?

6
How do Open Street Maps features compare to Garmin's Nuvi features in the US?
33
What does it mean to be in the fast lane in California?
3
If you're speeding by 20, why's it less hassle to ticket for 10 or 15?
22
Is the "Visa Waiver Program Improvement and Terrorist Travel Prevention Act" already valid?
5
Is it illegal not to pass slow cars (USA)?
0
Are flight tickets from or to the US purchased through Vayama refundable free of charge within 24 hours (ticket was purchased > 1 week before)?
4
Inverted Speed Limit sign in South Korea