Can you climb the Sydney Harbour Bridge for free?

When searching with Google for "Climb Sydney Harbour Bridge", pretty much every result say it costs $185.

Only Wikivoyage talks about a free climb (although they also talk about the one above):

You can walk over the bridge. The views are great and admission is free. On the southern side the entrance is hard to find. The entrance on the western side is on Fort St near Observatory Hill. On the eastern side the entrance is on Cumberland St, but if coming from the city Cumberland St is closed at the Wynyard side. Walk along Harrington St and follow the small, hardly noticeable signs past Susannah Place. You can also get the lift up to the Cahill Expressway from Circular Quay, and walk around in about 10 minutes. Don't follow the road signs or any roadway on to the Bridge. You may be intercepted by police before you meet a worse fate with the traffic. The entrance at the northern side is easy to find, about 30 m south of the Milsons Point Station. There is no way to access the bridge by foot without using stairs. There are many flights at Milsons Point and Cumberland St, and two flights from the Cahill down to the bridge platform. If you aren't good with stairs, take the walk next to the harbour. If you want to drive to the walk, there is extremely limited parking in Cumberland St and around the Rocks. Limited 2 hr meter parking is also available near the northern entrance at Milsons Point. The walk is often busy, but there are no queues or crowds. You can walk one way, and take the train the other way if you wish.

Is it the same thing, just without the group/coaching?
Or is it a "light" version, that is - not going to the top?

It's definitely not the same thing.

There are two 'routes'. One is along the pedestrian walkway on the bridge. Same height as the traffic and trains. 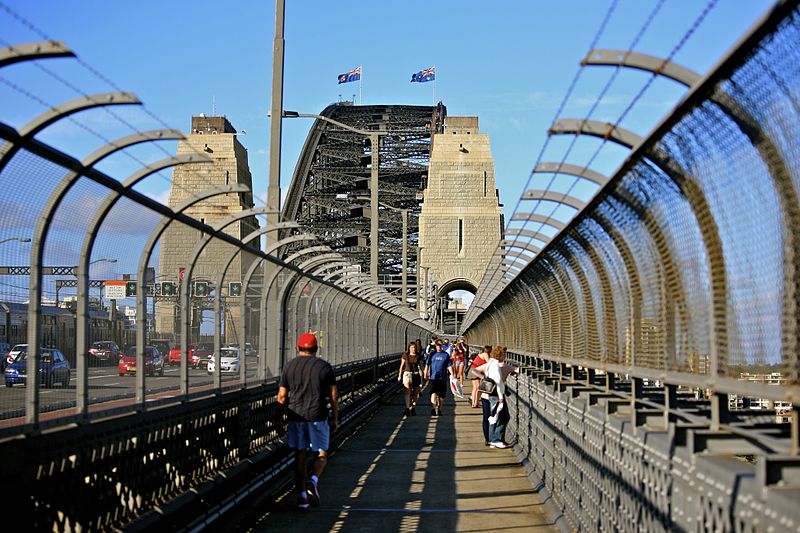 The other is over the 'arch' of the bridge, which is the one you pay $185 for. You get safety lines, can't take anything up with you (including cameras, I gather) and you have a guide. You cannot do this on your own, unless you're a sanctioned city worker.

Indeed, it's ILLEGAL to climb over (or UP) the arch of the bridge. Some people still try and do that, but it usually doesn't end well - example here of a guy's photos, and here where a guy climbing with rope brought traffic to a halt.

So to summarise - what Wikivoyage is talking about is actually my commute - you can walk, train or bus (or drive/taxi) across the bridge. The flat part.

The bridge climb is the official tour, which requires harnesses, suits, and can only be done under supervision, and for $185 (regular current price).

I was in Sydney last year for a visit and thought about doing the Harbour Bridge walk. It's undoubtedly a great experience, but it's expensive and you're not allowed to take your own camera with you.

I was advised instead to go to the Pylon Lookout (http://www.sydney.com.au/pylon-lookout.htm) which is a fraction of the cost at $AU 13, and also has a fascinating museum all about the construction of the bridge. The view from the top is as good as you'll get on the bridge walk, and you can take as many pics as you want. You can also spend as much time as you want admiring the view, compared to the walk which keeps to a strict schedule.

Interesting fact - Paul Hogan, aka Crocodile Dundee, worked as a rigger on the bridge before becoming an actor... :-) 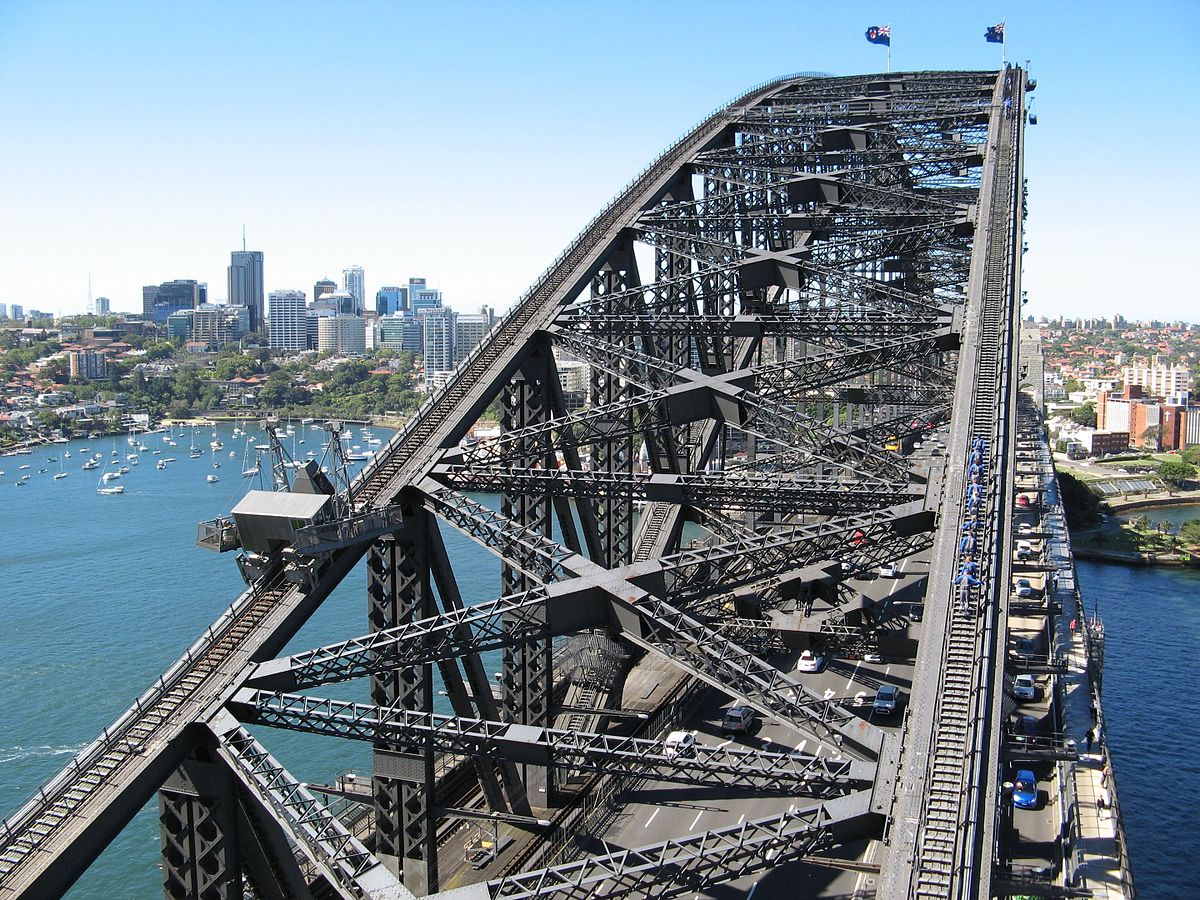 Not the answer you're looking for? Browse other questions tagged australia sightseeing price walking sydney or ask your own question.

18
Seeing Penguins "in the wild" in Sydney
7
What is the indoor climbing wall closest to the centre of Sydney?
12
Is there free wifi in Sydney Airport?
13
Sydney to Perth on the Indian Pacific, what is included?
11
Free view of the Sydney CBD
3
8h layover in Sydney on my way back to Singapore, can I roam Sydney without a visa?
4
Can I reach Mrs Macquarie's Chair without walking through the Royal Botanical Garden?
3
Options for getting around Sydney for Tourism