I have noticed that road numbers in Google Maps have different colors and shapes from one country to another, here are some examples: 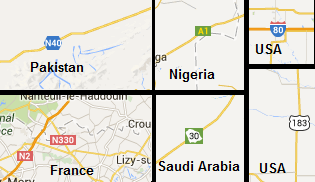 Does it mean anything? or is it just to match the country's symbols? I could not find a legend to explain this in Google Maps.

It's just to match the normative symbols to some degree that are usually used for each of the various types of roads in each country.

By "types" or "grades" of road, that means different symbols are used for things such as "expressways", "freeways", "highways", "interstates", etc.

The exact terms and definitions vary from country to country and language to language, but they cover such things as what the maximum speed is, how many lanes there are, whether there will be intersections or traffic lights, whether they cross boundaries between countries, states, provinces, prefectures, etc, whether they are paved or unpaved, whether they are residential, etc.

For those adamant for references for common knowledge and easily checked observations, there is a Wikipedia article, currently under the title "Highway shield". It has lots of reproductions of the symbols/logos/shields for various grades of road used in various countries.

I would like to expand on hippie's excellent answer with respect to Saudi Arabia. The highways symbols with the country map outline are national highways, which is a recent development as Saudi Arabia continues to build out its road infrastructure.

In Saudi, the older signs simply had the name of the major destination, and the road was named for the major cities along its route. This is a sign on the Dhahran-Khobar highway: 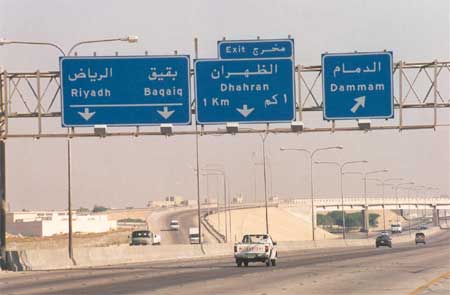 Later on, the cross-country roads were numbered in a state highway system; these signs now have the road number and if it has the Saudi country outline, its a national highway. In this image, you see Makkah (40 West), Qassim (65 N) and Kharj (65 S).

Saudi state highway 40 runs from Makkah (on the west coast) to Dammam (on the east coast); it is one of the most used national highways in Saudi Arabia, as it passes through Riyadh (the capital). 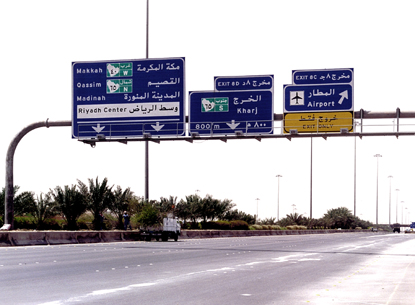 In addition to the above, there are other road symbols as well. For example, this sign displays a couple of them: 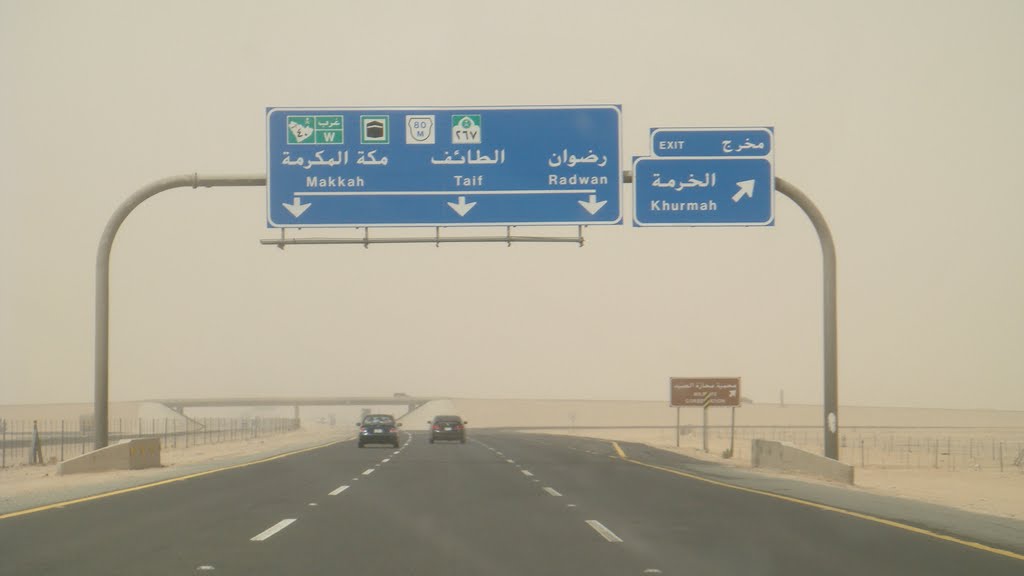 From the top left, there is:

Not the answer you're looking for? Browse other questions tagged online-resources driving factoids maps countries or ask your own question.

6
Any websites or resources for planning my trip around Europe?
9
What is the driving time in a car from Zamyn-Uud to Ulaanbaatar?
8
Tool like Google Maps Engine (My Maps)
5
Europe: differences between colours of highway road-signs
3
Fastest road from Berlin to Düsseldorf?
13
Does a metric for road quality exist and are there maps showing it?
11
Specific Meaning of Restricted Usage Road on Google Maps
4
Inverted Speed Limit sign in South Korea