Ask Question
Asked 6 years, 2 months ago
Active 5 years, 7 months ago
Viewed 4k times
1
This question already has answers here:
Should my first trip be to the country which issued my Schengen Visa? (7 answers)
Closed 5 years ago.

I have a South African passport and valid visas' for the UK and Schengen. My trip is to the UK for a week then to Germany for two weeks. I'm staying in Germany for those two weeks and not going to any other Schengen states.

My Schengen visa was issued by German embassy and they have given me a multiple-entry three week visa staring from when I actually arrive in the UK. My UK visa also allows multiple entries.

Now plans have changed and I may need to go to Paris for 3 days while I'm in the UK. (The dates all fall within my allocated Schengen visa dates that I'm allowed to be in Germany so I do not have a date issue.) Is this OK? Will I have trouble with getting into France and then returning to the UK after the three day trip? My problem is that on my Schengen visa application I never said I was going to go France at all?

If its too much of a mission I'd rather not risk it but just thought I'd ask if this was in fact allowed.

The fact that you did not mention your side-trip to France should not be a problem as such. The details of your application will not be available to the border guards anyway.

What could theoretically be an issue is going only to France with a German visa as it would look like you tried to circumvent the rules and to prevent having your application processed by the French authorities (see also Does a multiple-entry Schengen visa allow visiting other Schengen countries later, without going via the issuing country?, Schengen visa requirements and "validation" and Can I travel to Spain using a Greek Schengen visa even if I don't want to stay in Greece at all? for more information). So you might have to explain that you will in fact go to Germany afterwards but even that might not be necessary in this case (because I think French border guards are not the most fastidious and going through France on the way to Germany is pretty common; by contrast, showing up in Germany with, say, a Maltese visa could invite a bit more scrutiny).

What you do need to check is not only that your visa will be valid on the dates you want to be in France and Germany but also that you will not exceed the maximum authorized stay and that you have enough “entries” in the Schengen area for your trip. 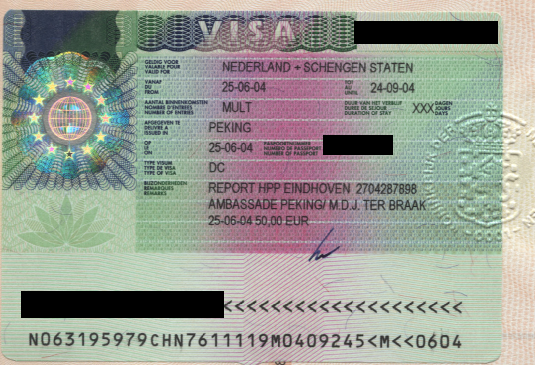 Not the answer you're looking for? Browse other questions tagged visas schengen uk or ask your own question.

70
Should my first trip be to the country which issued my Schengen Visa?
1
I have a Schengen visa for Germany. Can I travel via France by car? I would like to spend 2 days in Disney World
44
How does the Schengen 90/180 rule work?
31
Does a multiple-entry Schengen visa allow visiting other Schengen countries later, without going via the issuing country?
6
Schengen visa requirements and “validation”
0
Can I travel to Spain using a Greek Schengen visa even if I don't want to stay in Greece at all?

2
Going to Italy for 2 days then back to UK for 4 days then to France for 2 weeks. Which embassy should I apply to for my Schengen visa?
2
Entering Schengen area twice within 90 days
6
Visiting Belgium with a Schengen multiple entry visa from France
0
What would be the best possible itinerary to obtain a 6-month multiple-entry schengen visa?
0
Schengen visa issued by France to Sweden
3
Does visiting multiple EU countries in succession require a multiple-entry Schengen visa?