Amusement parks in the Tokyo area

What big popular amusement parks are there in the Tokyo area? I am looking for anything with fun rides, a bit of history if possible and nice surroundings. If the locality is close to other interesting spots (museums, sights, shopping) it is even better.

Here's a site with reviews of many amusement parks in Japan, that can probably give you more information than is possible here.

The biggest one is probably Tokyo Disneyland. However, most amusements parks in Japan seem to be relatively small (at least the two I visited were) and cram lots of attractions into very little space - sometimes literally intertwining different rides. Yokohama Cosmo World is an example for that (yes, that's the entire park): 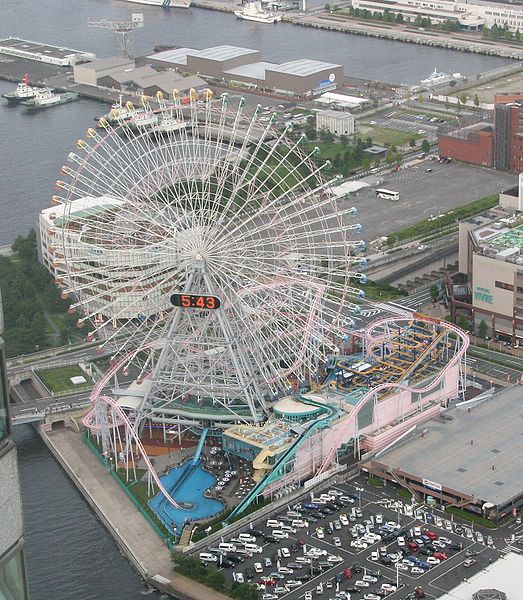 If you're an amusement park connaisseur, I'd say you should also visit Hanayashiki, Japan's oldest one.

Fuji-Q Highland is also rather excellent, wooden rollercoasters and more.

Update - I went again last month. It's absolutely fantastic and strongly recommended, though only go on a good day as they're very safety-conscious and everything pretty much shuts down on the first sign of rain. Eejainaika is a particular highlight (an absolutely terrifying 4D rollercoaster).

Not the answer you're looking for? Browse other questions tagged sightseeing japan tokyo amusement-parks or ask your own question.

8
Must see places while going through Germany (middle section)
9
Are there other country-based theme parks in Japan besides "Huis ten Bosch"?
2
Theme parks about Japan outside of Japan
1
Amusement parks in the New York City area
6
Parkour - Tricking - Free-running in Tokyo?
6
Closest rollercoaster/amusement park from Prague?