Can I see Lebanon from Cyprus?

On the map, Cyprus seems not to far away from Lebanon. Approximately 100 kilometers. Is it possible to see parts of Lebanon from anywhere in Cyprus?

I started trying to solve this by finding photos from Cyprus. I found some, but they're not very conclusive.

Then I realised we could do this mathematically!

The approximate distance to the horizon from an observer close to the Earth's surface is given by:

where d is in kilometres and h is height above sea level in metres.

So solving for h, we find we need to be at a height of 742m above sea level at the closest point.

Unfortunately nowhere even comes close on the eastern side.

However the distance from the top of Mount Olympus to the nearest point in Lebanon is well over 250km, meaning that NO, you cannot see Lebanon from any point in Cyprus.

The highest point in Lebanon is Qurnat As Sawda. So perhaps you can see from Olympus to here? Let's find out:

I've been on the Karpaz peninsula, the part of Cyprus that is closest to Lebanon and no, you can't see anything but sea, even from the very tip - though admittedly I didn't have binoculars or tried to find the highest point. But there aren't really any mountains in that area, just some minor hills.

Here's a picture from that area (and even pointing in the right direction, I think): 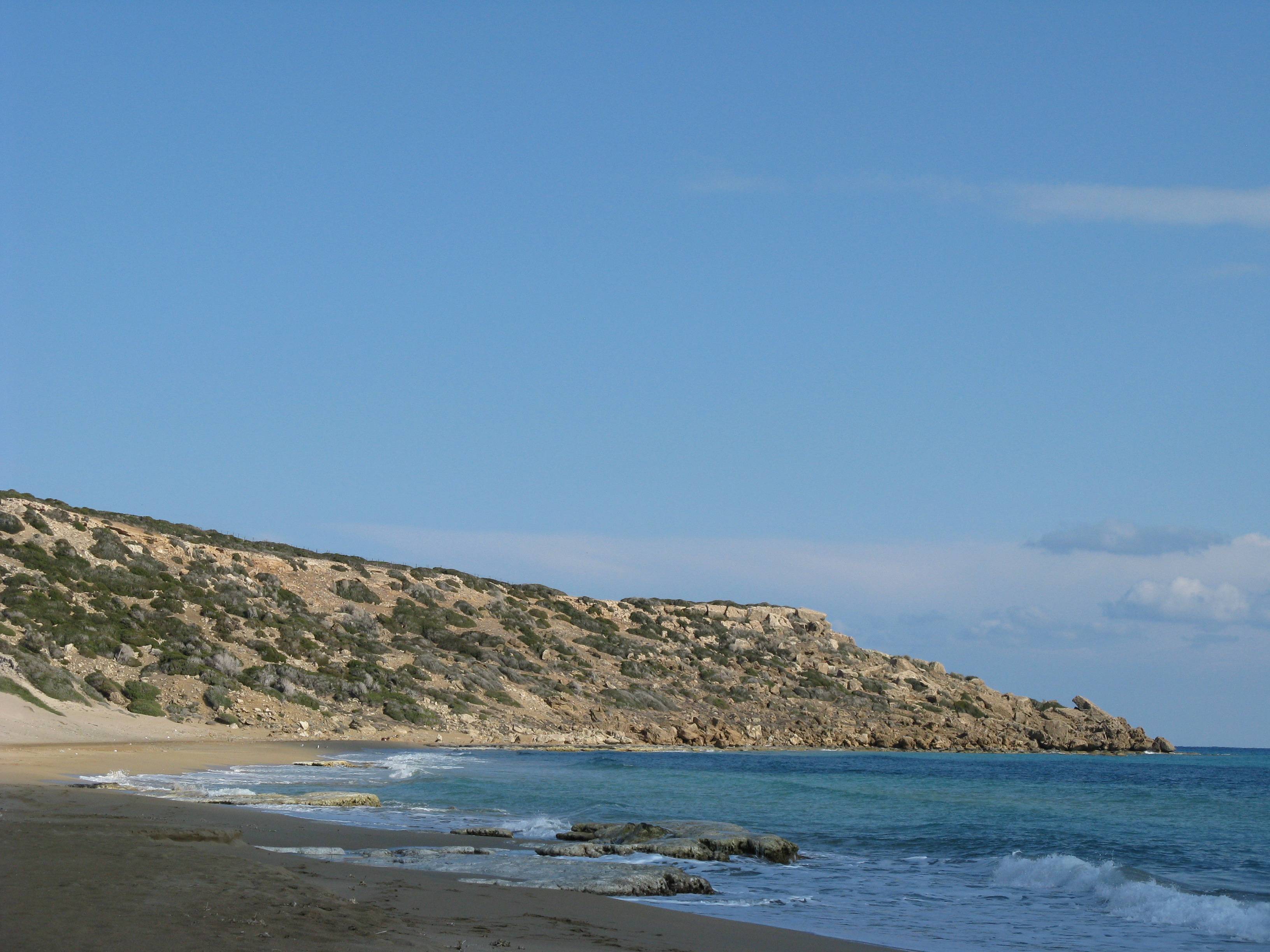 No, but you can see Syria. I found a photo of Syrian mountains seen from the Karpaz Peninsula early in the morning. 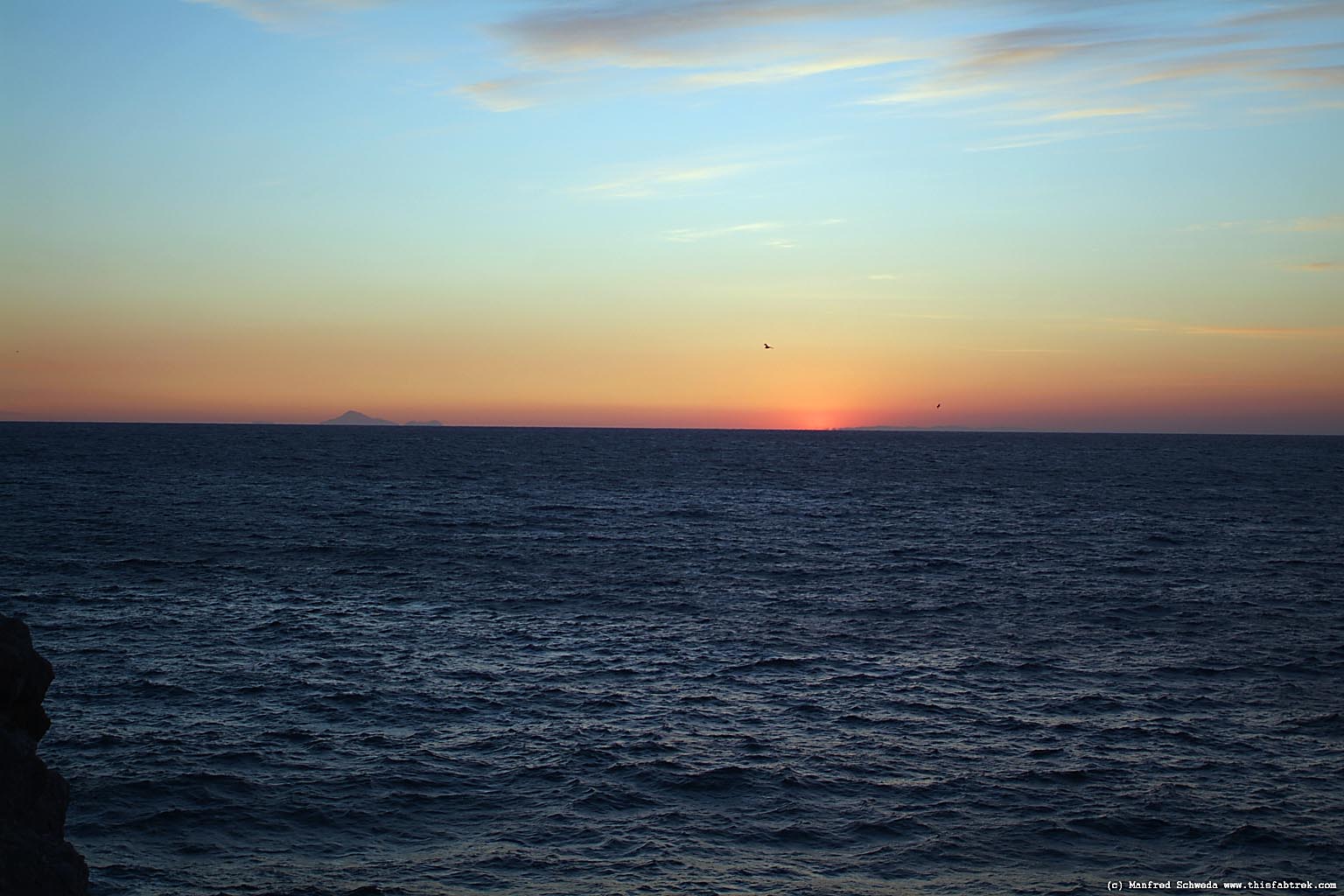 It doesn't look like it's possible, if you are standing on the beach and not taking photos from some elevated vantage point. The eastern part of Cyprus is fairly flat, with elevation of less than 50 m, especially on the side you'd be able to see Lebanon.

The easiest way to confirm is to look for photos taken in this region, and see whether you'd be able to see something there. I looked through some photos in Panoramio and wasn't able to find a single one on which the Lebanese coast is visible. Admittedly, the photos are not of highest quality, and the meteorological conditions are not perfect, but it seems that it's not possible.

For comparison, in my current residence in Jönköping, Sweden, the island of Visingsö is around 30 km north from the city in the Vättern lake, and is barely visible most of the days -- you can only see the mirrored image of the island "hanging" above the water, even in near-perfect conditions.

[I just saw Mark's excellent scientific answer, but if mathematics are not your thing, this sort of reasoning could be of use in similar circumstances.] 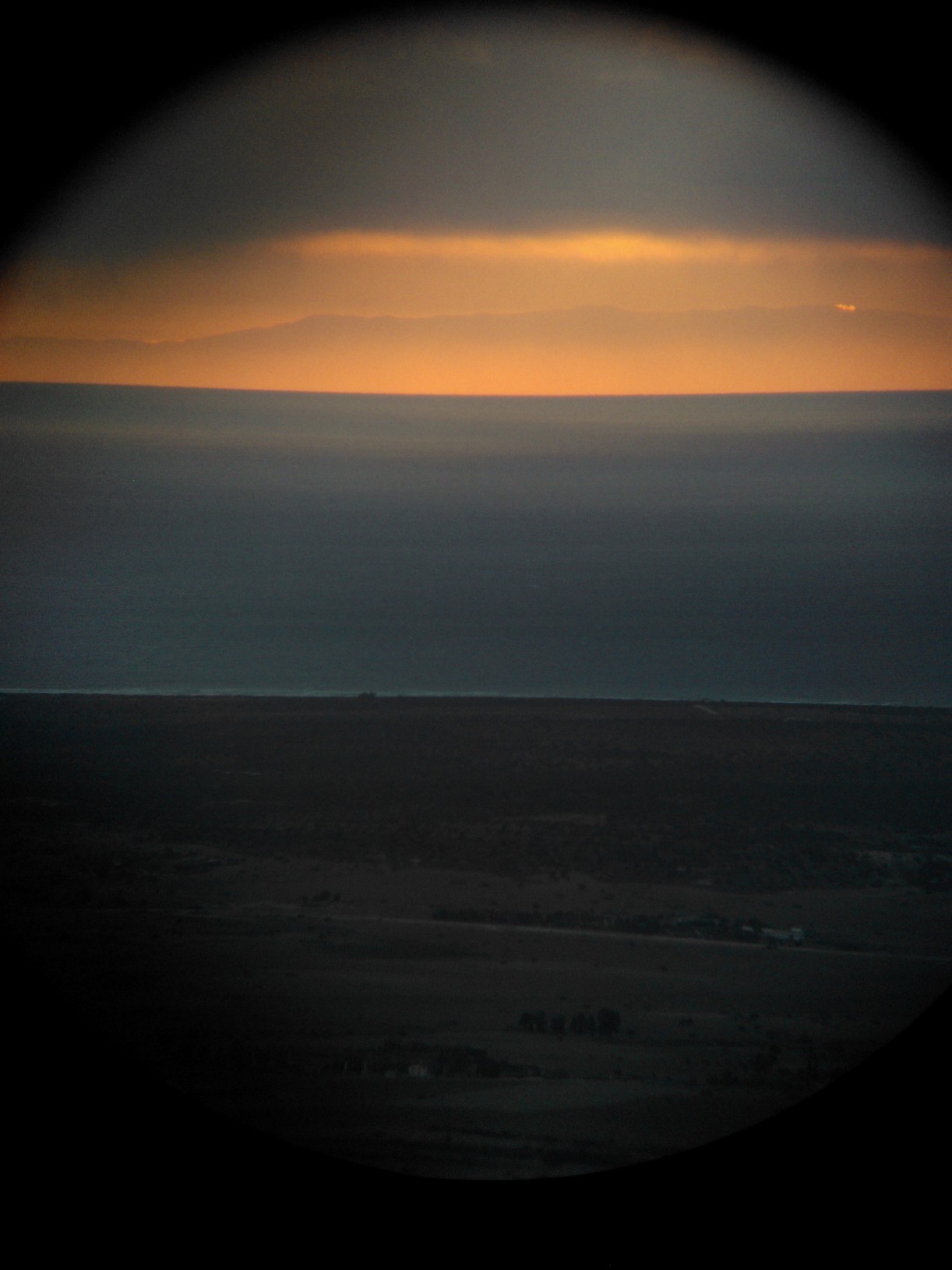 Yes, you can see Lebanon from Cyprus, but once in a lifetime if you are lucky! I took this photograph of the mountains of Lebanon from Kantara castle (Cyprus) very early on a very cold morning. I simply stuck the camera of my mobile to my binocular. Note: Cyprus countryside and coast in foreground.

The visibility was... beyond belief! I could see very clearly, to the naked eye, the Taurus mountains and the Turkish coast (even big buildings there, with my bare eyes), the mountains behind Iskenderun, the mountain of northen Syria, all the Syrian coast and the mountains of Lebanon until not far from Israel. 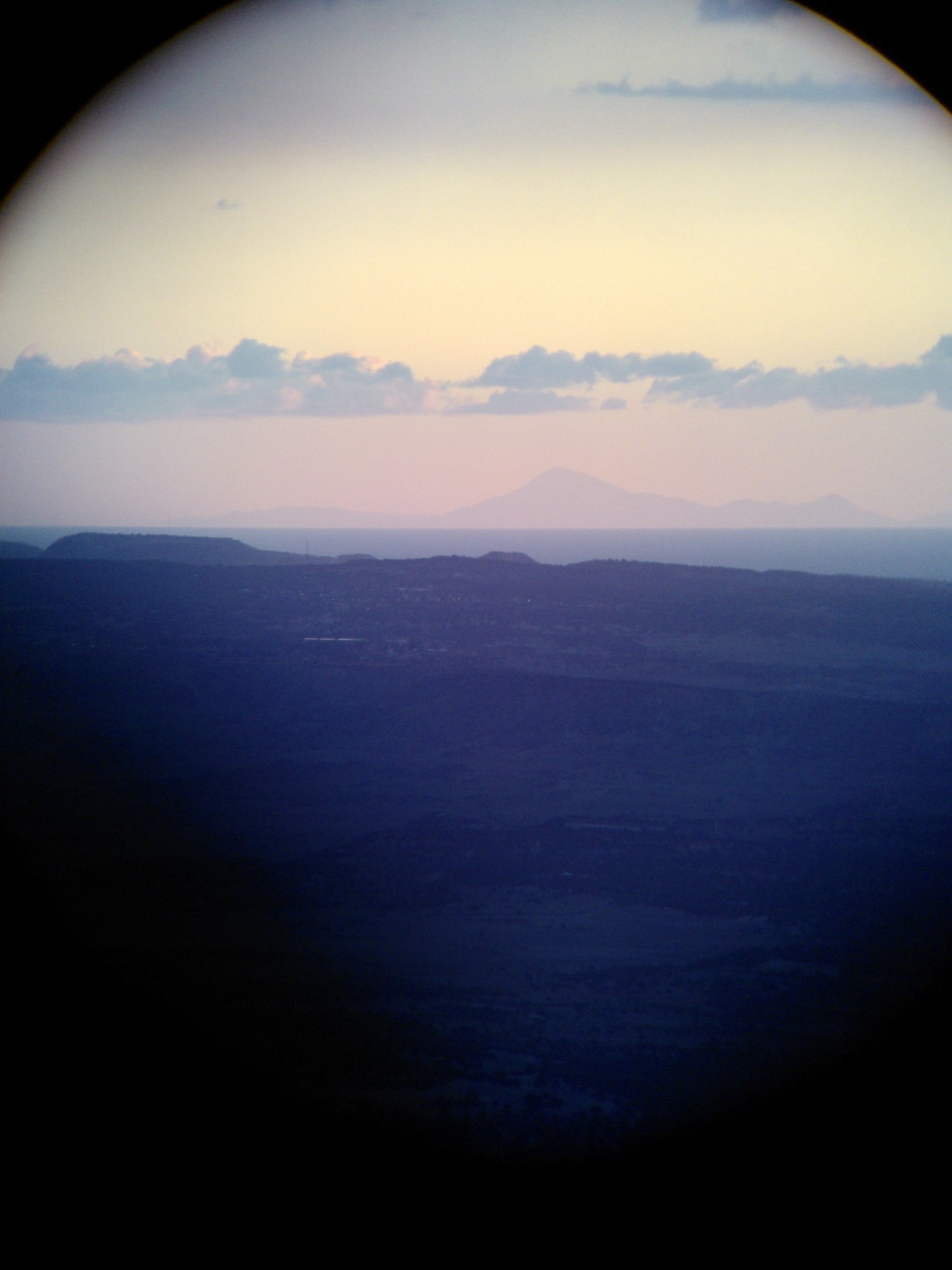 By the way, I also took that same morning a photograph of the mountain of northern Syria. It seems to correspond to the photograph that was added to this post 3 years ago, but with higher resolution of course.

I will never forget that morning!

According to an article in Wikipedia (https://en.wikipedia.org/wiki/Horizon) the formula is

Answer: Yes you should be able to see Lebanon from Cyprus, as well Cyprus from Lebanon CQFD

Not the answer you're looking for? Browse other questions tagged vantage-points cyprus lebanon or ask your own question.

16
Can you see the Isles of Scilly from Cornwall?
11
Where is the longest visible line of sight on Earth from point A to point B?

5
Place to store a few items in Ayia Napa on day trip from Nicosia (Cyprus)
9
Changes to Cyprus timezones
2
How to travel to Lebanon without flying?
12
New limitations on visiting Northern Cyprus?
2
Ferry to Lebanon?
7
Can you travel to Northern Cyprus without a Turkish visa?
18
Can one see Morocco from Portugal?
6
Driving with a rental car from Larnaca to Northern Cyprus