Is there a preferable exit row in an airplane? [duplicate]

I think the exit row near the wings are not good because the wings carry fuel and they are close to the engines. 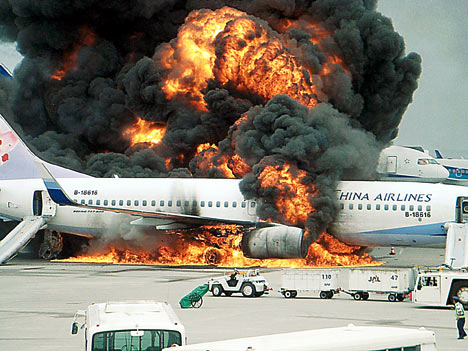 As it is clear, in the above situation the exit row near the wings are not usable. or this one: 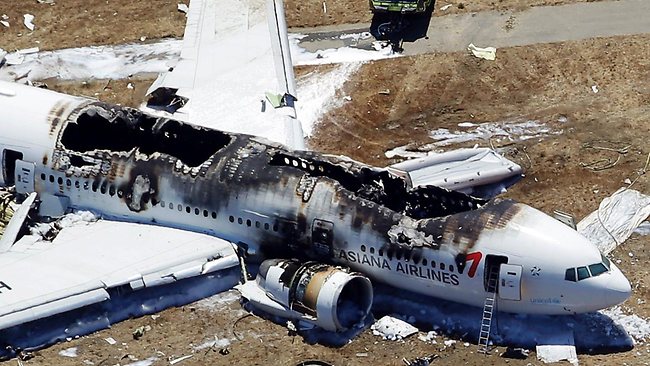 Aircraft accidents are rare enough that the statistics aren't really meaningful but people have studied it.

Assuming on the ground incidents, which are most likely to be survivable - as opposed to flying into mountains.

1, Front of the plane is most likely to hit something, a runway obstruction/another plane - but the pilots are there and so try and steer away from things heading toward them.

2, The wing box is the strongest part of the structure, and because the wings are in the way it is difficult to hit the mid-section with another aircraft. But as you say, there are often empty fuel tanks and hot air conditioners directly under your seat.

3, The rear of the plane occasionally suffer minor tail strike accidents on take off. But as the old saying goes - no plane ever reversed into a mountain. Passengers also tend to rush forward toward an exit - leaving the tail exists clear.

Myself and a group of engineers were once told-off by a flight attendant for discussing this while waiting for take off. This was pre-9/11 and in Europe so we weren't immediately dragged off the plane at gun point.

Choosing where to sit based on which location is safer requires that you also know, in advance, what kind of accident you are going to have (if you can do this, take the next (not this) flight to Vegas).

Yes, if you fly into a mountain the front rows hit first but it's not like the back rows are going to walk away. Cabin fires can start anywhere. If the tail smacks into a seawall when the crew comes in too low it's going to be rough on those who choose the back rows. If you ditch in a river, planes tend to sink tail-first and they don't evacuate ditchings through the back doors so you will be last off. If the plane sideslips and rolls, the ends often detach leaving the middle section (with most of the fuel and toasty-warm engines to light it up) alone.

So in short, sit where you like and stop obsessing over low-probability events.

18
Statistically, is there a safest seat on the plane if it crashes?
-1
Where is the safest place in an airplane?

47
What section of an airplane offers the smoothest ride?
32
Why do airlines prohibit having two infants in the same row?
13
How to buy one airplane seat and reserve adjacent ones?
11
Is there a way to encourage or even force airlines and booking engines to show options with overnight layovers?
5
Is the space in front of the first seat row in the middle of a cabin meant as a public passage?
24
Why are seats at the rear of a plane sometimes unavailable even though many other seats are available in the plane?