Can one carry an internal hard-drive in cabin-luggage?

I'm currently in the process of moving from France to Canada.

I have plenty of computer equipment that I just put in boxes and that will be sent by naval transport. One thing I'm scared off though, is that people handling my boxes and/or the container aren't really delicate when it comes to moving stuff that contains hard-drives (I'm mainly concerned about my Network Access Storage device which contains tera-bytes of data). Obviously hard-drives are really sensitive to movement and could break easily if wrongly handled.

Putting those in checked-luggage doesn't seem like a better idea (some would even say it's actually worse) so the only option I can think of is taking at least one of the disks with me in cabin-luggage.

So here comes the question: is one allowed to carry such a disk in cabin luggage ? I know people travel all the time with external hard drives, but in this case, I'm afraid a custom police officer unaware of what this device is, might be afraid of the looks of an unenclosed hard drive such as: 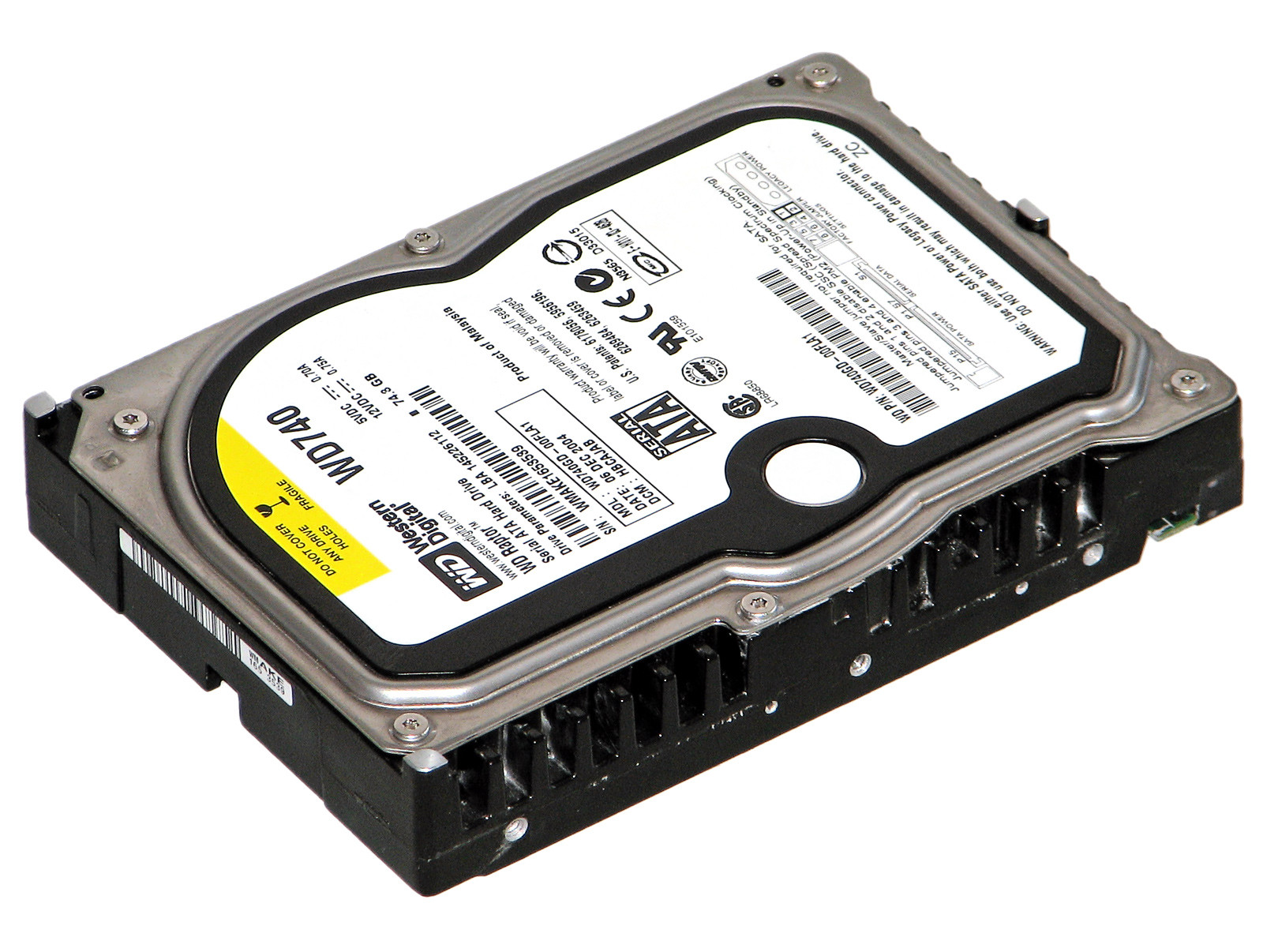 I can easily imagine how one could use a sharp hard drive as a dangerous projectile, but I could say the same for many other items so my concern is more about "What is this metallic/electronic device that you can't turn on ? Is it a BOMB ?!"

I obviously made online backups of anything really valuable, but some of the data files are just too big to be uploaded in reasonable time now.

Should I prepare for the worst ?

I actually used an old case for hard-drives of that size and could go through both french & british customs/security checks without any trouble. They were more concerned about my shoes (you know, terrorist shoes, with small rings of metal to hold the laces) than about my hard drive.

I have done this a couple of times until two years ago - within Europe only though. And while it was never I problem, I always had to show the HDD separately etc - and in the last case was recommended (by security staff at Birmingham (BHX) airport) to buy a cheap (€15) external case, pop the HDD in that and less questions (if any) would be asked.

I have done exactly that ever since and had no problem flying with as many as five or six of them in carry on luggage.

I've traveled with hard disks in the past, both enclosed and unenclosed ones. I've never had a single issue with enclosed hard drives - nearly everyone seems to know what they are and understand that they pose no security hazard. The only time I've been stopped was by an elderly gentleman manning the security at JFK. He had difficulty understanding what it was, but one of his younger colleagues stepped in and made him understand that it was just a storage device and completely harmless.

More than the security, I would worry about the integrity of your data. Please do yourself a favor and buy a $15 hard disk enclosure. For added protection, I would also recommend splurging on a quality hard drive carrying case.

For even more security, backup all your data beforehand in the cloud. Dropbox recently dropped its pro plan price to $10/month for 1Tb of data. You can also consider using Amazon Glacier storage ($0.01/Gb for the first Tb) to archive your data before you travel.

You can never really be too careful with data.

Hard drives are well known to security - they won't be bothered by it at all. The external cases mentioned elsewhere will make it look more normal, but an anti-static bag will not pose any problems.

Obviously hard-drives are really sensitive to movement and could break easily if wrongly handled.

A bit of bubble wrap around the drive, well-mummified with some tape, and the drive will survive any reasonable transport handling. How do you think it arrived at the store in the first place?

However, as others have mentioned, there is the possibility of the ship sinking and taking your data with it. A really cheap and fast backup is to just borrow storage from someone. Copy your stuff to their drives (possibly filling their system up) then call them when it arrives at the other end so they can delete it. Uploading multi-terabytes to cloud storage will take a while.

If you have TB's of data and haven't backed them up, then you have too much data or not enough TB's (for the backup). That data is already at risk, which is your choice!

So as Paul mentioned, re-wrap them. But I suggest going further than "a bit of bubble wrap". All HD's come in commercial packing, and shipping companies here don't honor those particularly. Drive + antistatic bubble wrap plus cardboard, inside another box isolated with peanuts or foam. Advantage here is that you can pack multiple drives in the master box, separated appropriately. As long as you are willing to make this box small enough to be cabin luggage, and not carry any other cabin luggage, you can carry it with. Or now you can just check the thing. Since you are going so far as to capably pack them, however, then there is no reason to go one more step to ship them by commercial carrier, and not have them munged with by airport security at all. So my best answer is, "don't carry them on." And my next best answer is, buy the backup capacity now, do it, then ship the two sets (packed as above) by different carriers on different days. Too expensive? Buy a BD-drive and spend hours writing the backups that you should have done, and ship those by different carriers on different days.

This is an old questions but considering the times it deserves a current answer as of the year 2020. I travel domestically in the USA all the time with my Hard Drives in my carry on. I do this at lease 8 times a year. Here are some tips for going through TSA Security.

I cannot speak to international travel.

Not the answer you're looking for? Browse other questions tagged air-travel airport-security or ask your own question.

27
Can I bring my desktop computer as check-in baggage on a flight?

6
Airport security checkpoint controlling carry-on luggage amount?
17
Tripod in Carry-on Luggage
12
Can I carry a ceramic knife in the cabin baggage?
4
Norwegian Air Carry-On Dimension Tolerance
23
Is it allowed to take an external hard drive with you on a plane?
2
Can I carry medicine in Turkish Airlines cabin luggage?
5
5 kg hard honey in hand luggage?
2
How can one avoid the risks of being found carrying illegal drugs in carry on luggage whilst in transit?