just don't get into the water at all in the off season. The safe swimming period in Goa is November to early May

I was at one of the beaches earlier, and other than the weather being a bit overcast with the odd bit of rain, the sea looked fine to me.

There were loads of people in the sea though, though none all that far out. The lifeguards (who were there) occasionally shouted things at people, none of which I could understand, but everyone stayed in the water after the shoutings.

There were Red "no swimming" flags posted along the beach, but it seems the only observers of those were the cows...! 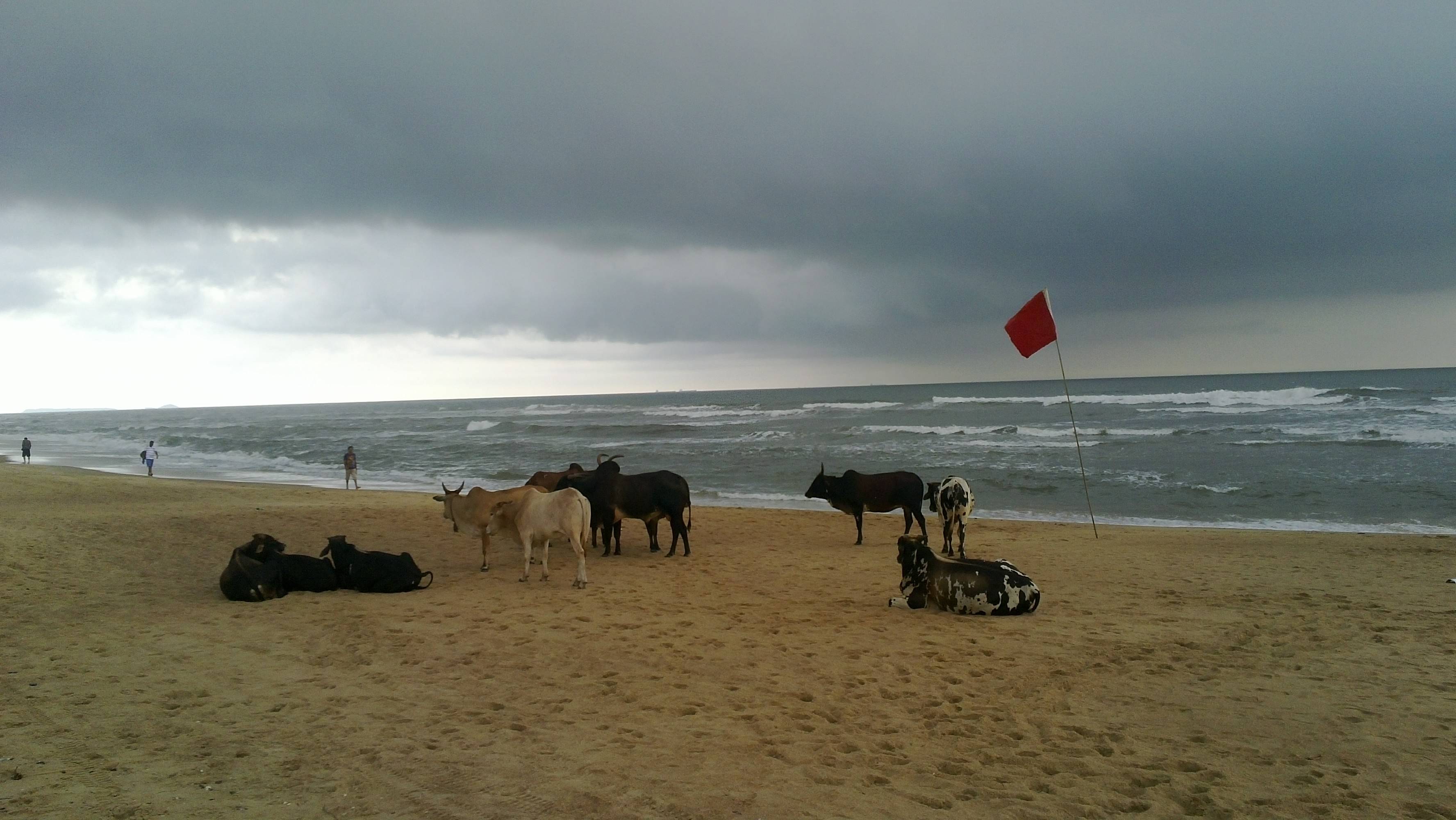 Does anyone know the reason why the sea off Goa's beaches isn't considered safe in the off-season? And exactly how safe / unsafe it actually is?

The reason is relatively straightforward: June - September is Monsoon time, the prevailing wind switches from southeast to southwest and brings massive amounts of rain and humidity. Goa is on the western coast of India, so the resulting wave heights are significantly greater and the waves are much more forceful.

After doing a web search, most of the seasonal references to Goa during the "off season" months (which are the monsoon months) are discussing the heavy waves and more constant and stronger on-shore wind. Coupled with the rains of the monsoon and the normal oceanic issues (rip tide, etc) and the ocean is usually marked off limits.

While some (younger) tourists would like the waves, most don't go to the beach to fight the waves, but to soak up the sun. During monsoon, there will be more overcast days. Also, if you are out in the waves and a monsoon squall comes roaring through, you might literally be unable to see the shoreline. Not a good time to lose your sense of direction.

Finally, as far as swimming goes; when the winds are calm(er) the ocean is going to be clear(er) and if you are snorkeling or swimming and can see the bottom slopes and the sun's position, you can tell your direction of swim more easily. if the water is churned up by winds, waves AND tides, you can't see much at all. At these times, losing one's sense of direction is more enhanced and ending up too far out is far easier to do. As it is also the off-season, there are unlikely to be (as many) lifeguards watching for the unwary tourist, so the beaches would be marked with swimming off limits or unsafe.

As far as bacteria goes, there isn't more sewage 'being dumped' during those months, but when the prevailing winds are strongly on-shore, what bacteria there is (along with all of the other debris of the ocean) will be pushed in towards shore, instead of with the Southerly currents, so yes, the measurable amounts of bacteria will also rise.

I looked around for some more information and found this study from 1997 conducted by the National Institute of Oceanography, Goa which evaluated 17 beaches all over Goa and concluded: "Based on observations and analyses, it is calculated that swimming during June to September is unsafe at all Goa beaches." Mostly due to high breaking-wave heights. I'm guessing the ban might have something to do with this study.

Here is the abstract of the study - 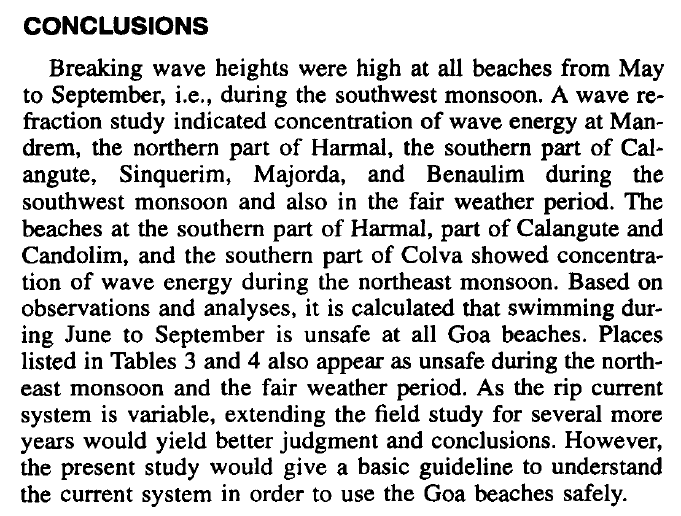 Link to the study - LINK

Purely speculation, but maybe it's what's under the water.

In Japan, east-coast beaches close in September. The waves are no problem, there are very few rip currents, but there are a lot of jellyfish in the fall.

Not the answer you're looking for? Browse other questions tagged india safety beaches swimming goa-india or ask your own question.

30
How dangerous is India for solo women travellers, or female-only groups?
11
Why are airplane passengers asked to move their seats to the upright position during take-off and landing?
1
Is it safe to bathe off of I-80 in the Great Salt Lake?
23
Why do we have to get out off the bus in a ferry?
8
Is it legal to light and send off sky lanterns on the beaches of Hawaii?