Is all of Afghanistan dangerous for travellers?

Recently I have read a few travel books to get some inspiration for the next long summer journey. I was especially reading Lonely Planet travel guides. I was a little bit surprised that they very often described Afghanistan as a destination. I always thought that there is war. Maybe Lonely Planet isn't as anxious as other travel guides might be, but objectively, what would I have to expect when traveling to Afghanistan? And is it possible at all?

In July I was in Tajikistan, along the Afghanistan border. I met a LOT of travellers going there. Indeed, the Central Asia Lonely Planet (English version) has a picture of a temple from within Afghanistan.

It was sooo tempting.

However, due to a slight medical emergency, I had to backtrack from Khorog along the Afghanistan border again to Dushanbe and leave from there. Otherwise I'd totally have gone across for a few days. 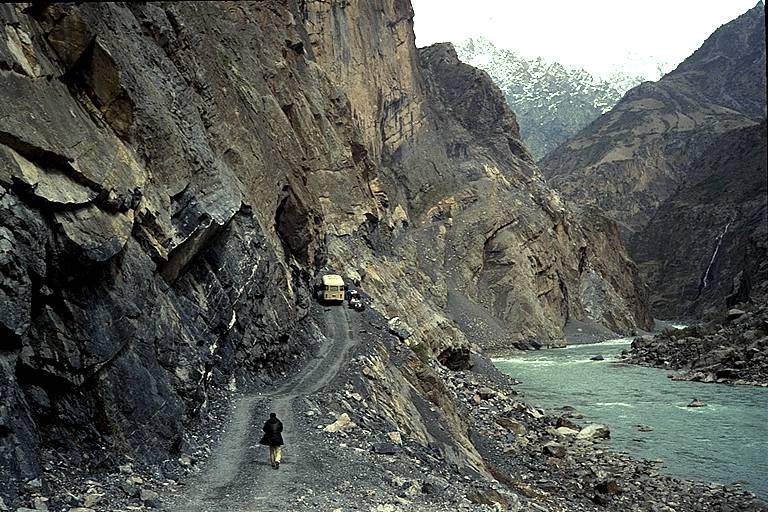 So why are people going? For the Wakhan Corridor - a sliver of land perfect for trekking, and well away from the war-zones. It's considered pretty safe, but again, you'd need to check your insurance as you may not be covered there.

However, anywhere west of Fayzabad and you're starting to get into dangerous territory. Very. One Dutch traveller I met had a police escort at a point and heard explosions. It's still dangerous.

And really, if the Taliban decides to branch out and start kidnapping tourists in the Wakhan Corridor, it may change. It's a very volatile place.

However, if you go to Khorog, there's an Afghanistan embassy on the south side of the river in town, open from 9am. You can get a visa for Afghanistan within 24 hours.

It's important to make sure you have a visa and entry for the Tajikistan side when you return, however, as if you need to get a new visa in Afghanistan, all embassies will be in Kabul. And you don't want to have to travel there if you don't want to.

Of course, it all depends how crazy you are. I also met two Russians who had hitchhiked from Moscow to Tajikstan and were continuing on to Kabul. It's entirely possible, just not guaranteed.

I have a friend who lives in Afghanistan and he swears it's safe, and that there is no Taliban or other psycho group in the very northern parts where he lives. He says they (his community/village/whatever) don't allow that crap. Maybe he's talking it up, but I tend to believe him.

Yes, it is possible to travel to Afghanistan.

Not the answer you're looking for? Browse other questions tagged safety security extreme-tourism war-zones afghanistan or ask your own question.

16
Are some parts of Iraq currently possible to visit for the brave, adventurous, and open-minded traveller?
22
Can I get warfarin in Tajikistan (or nearby?)

16
Are some parts of Iraq currently possible to visit for the brave, adventurous, and open-minded traveller?
30
How dangerous is India for solo women travellers, or female-only groups?
6
What land routes can I choose to get to Tajikistan from Iran, passing through Afghanistan?
3
How dangerous is Bratislava for pedestrians?
32
Is it safe for a commercial flight to have Iran, Afghanistan and Pakistan on its flight route?
6
What is the most dangerous area of Los Angeles (or its suburbs) according to police statistics?
5
Street smarts for “dangerous cities” in the US (Detroit, Gary, …)