Where can I find train routes using Wild West locomotives?

Im trying to find a train journey, it doesnt matter where it goes or where it is, but ideally it should be a real journey (not a park attraction for example), that uses original / authentic Wild West era locomotives. 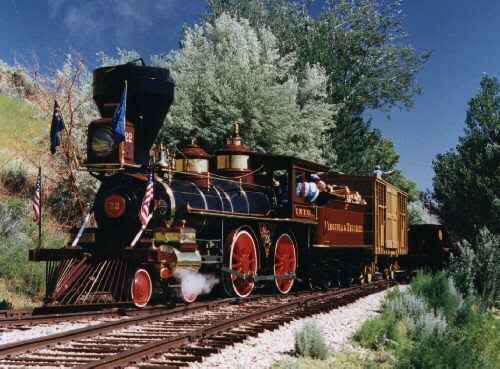 The Wild West trains with the overly large cone type funnels and the cow catcher on the front.

All that I can find are routes that use modern trains or steam locomotives that are not these ones. The only places I can find these engines are either as models or as some kind of attraction.

I've tried looking up Wild West train routes, canyon train routes etc, all come up with "authentic" routes but not using these locomotives. The closest I have found are these types of engines. They are Wild West, but not the Wild West I'm looking for.. 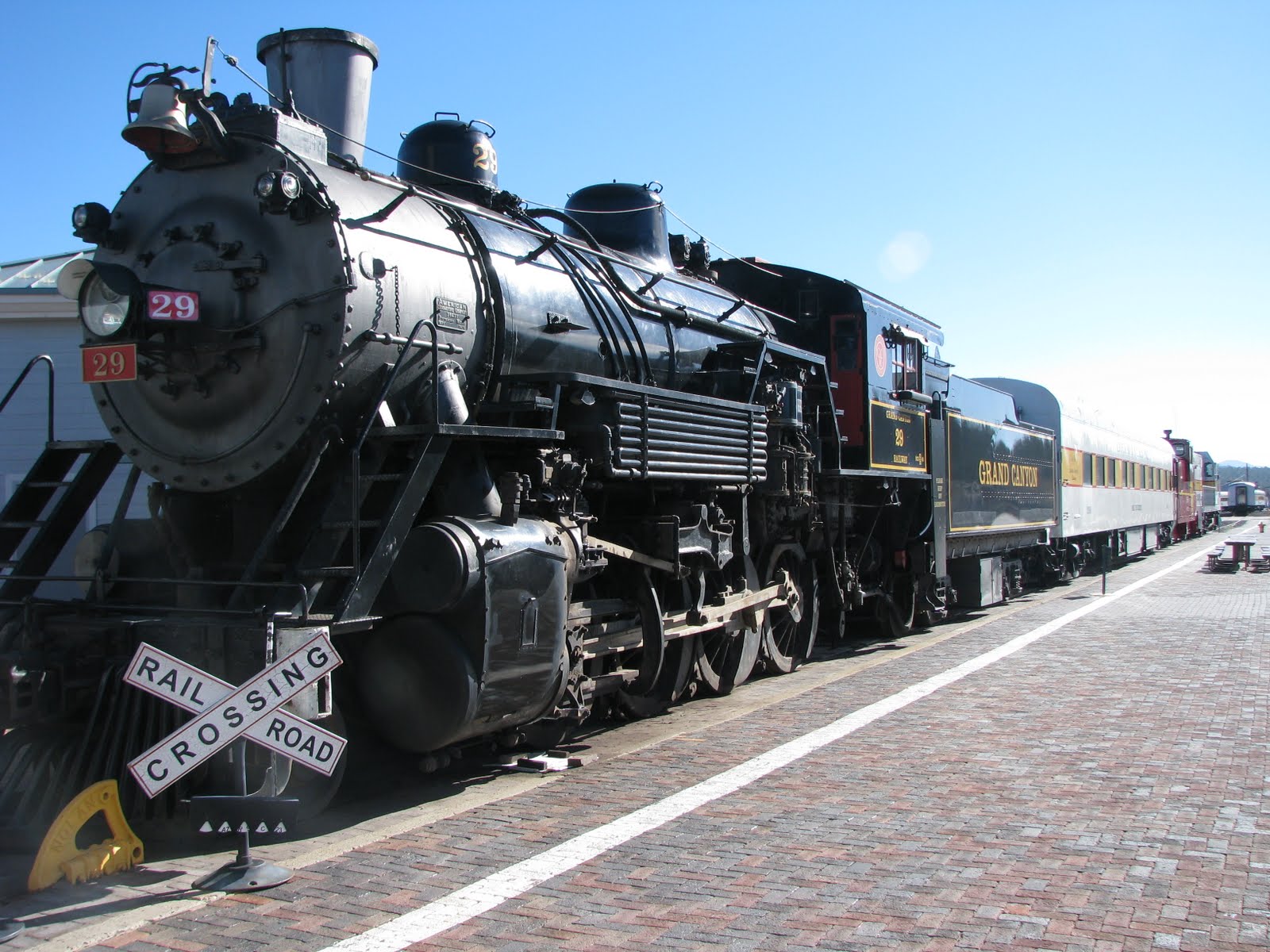 Any ideas why or where I can find them in use? (if they still are being used). Also does this specific type of style / locomotive have a name?

The type of 8-wheel steam locomotive in most of your pictures is know as the 4-4-0, also known as the American. 4-4-0 only describes the wheel pattern, not design features like the conical chimney (to catch sparks on wood-burning locomotives) and the large cowcatcher. Still, this configuration was most popular in the U.S. from the 1860s to the 1880s, which correspond roughly to the years of the Wild West, and many of the locomotives manufactured in that period would have sported such features.

Unfortunately for you, all the surviving specimens from that era are in museums, like the General and the Dayton. Steam locomotives have been retired from regular duty even in India, so I highly doubt you would be able to find one for a regular long-distance ride, especially of this older design.

There are replicas, however. The Leviathan 63 travels around the Midwestern United States. Earlier this year you could pay for a 15-mile round trip from the Indiana Transportation Museum in Noblesville. Another option is the William H. Simpson #17, a replica of the train that took President Lincoln to Gettysburg, based in York County, Pennsylvania. If you happen to be at Walt Disney World in Florida, the No. 4 Roy O. Disney, a 1916 4-4-0, still operates on the Walt Disney World Railroad.

There are also a number of mid-20th century replicas in operation at various zoos, theme parks, and museums, like the #7 Robert E. Lee at the Historic Jefferson Railway, the Omaha Zoo Railroad 119, and 4-4-0 No. 1 The Oregon at the Washington Park and Zoo Railway in Portland (closed for renovations). They are steam locomotives with the design features you seem to be interested in, but are not authentic to the period, typically using oil-fired engines (more efficient and less environmentally damaging to operate).

After some researching myself, I have come up with some of my own finds.

The The Eureka locomotive from the old Eureka and Palisade Railroad seems to sometimes run on the Durango and Silverton line. 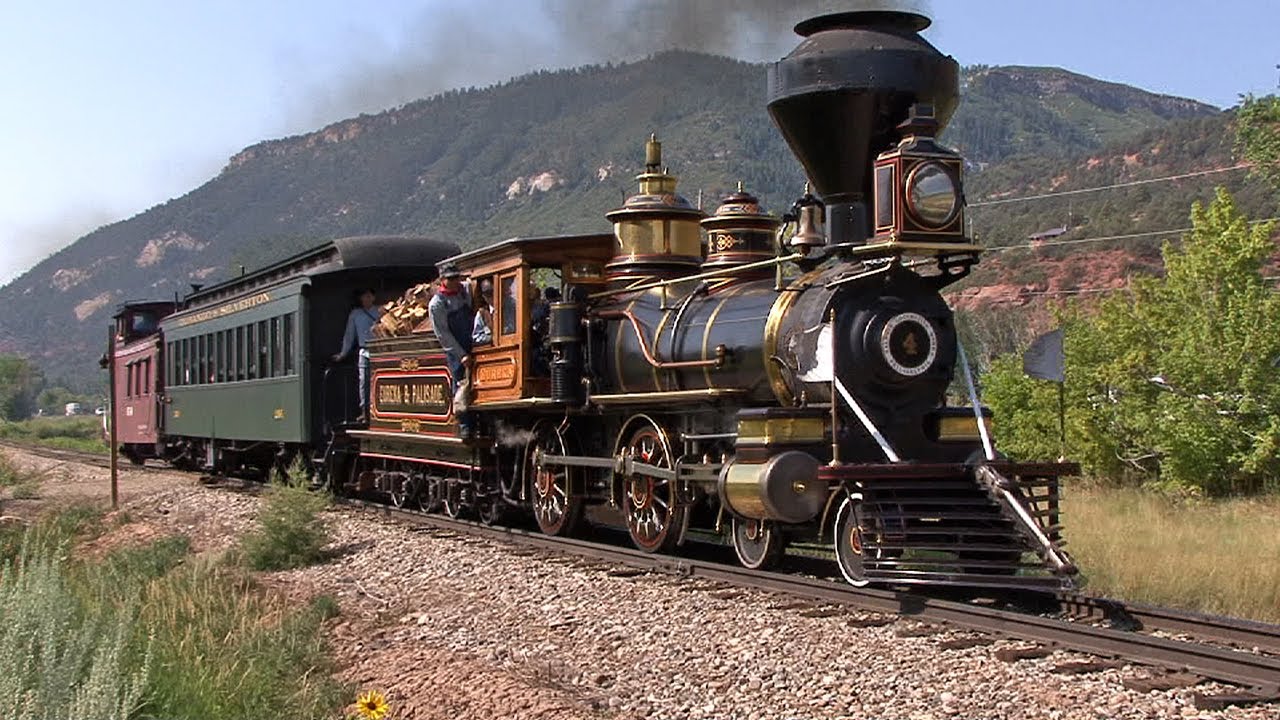 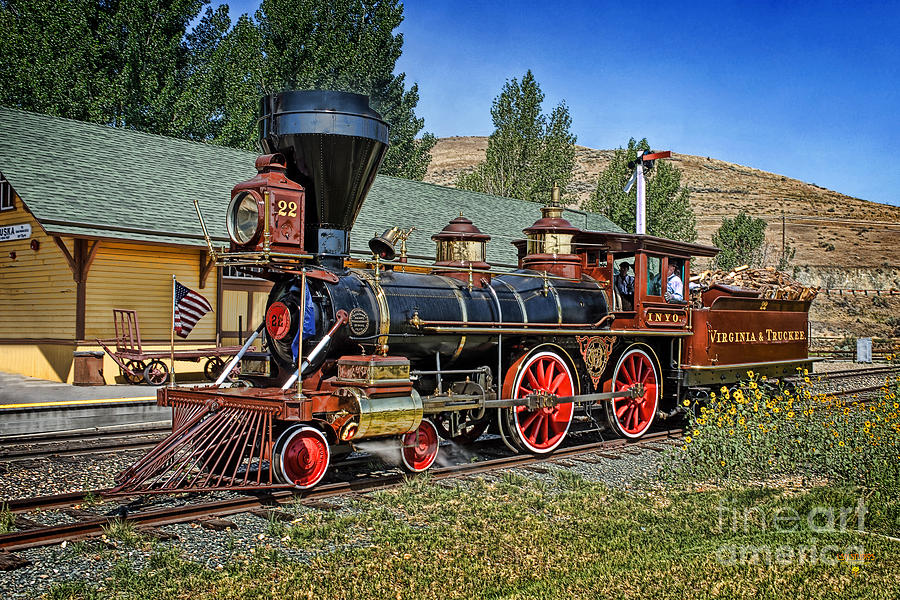 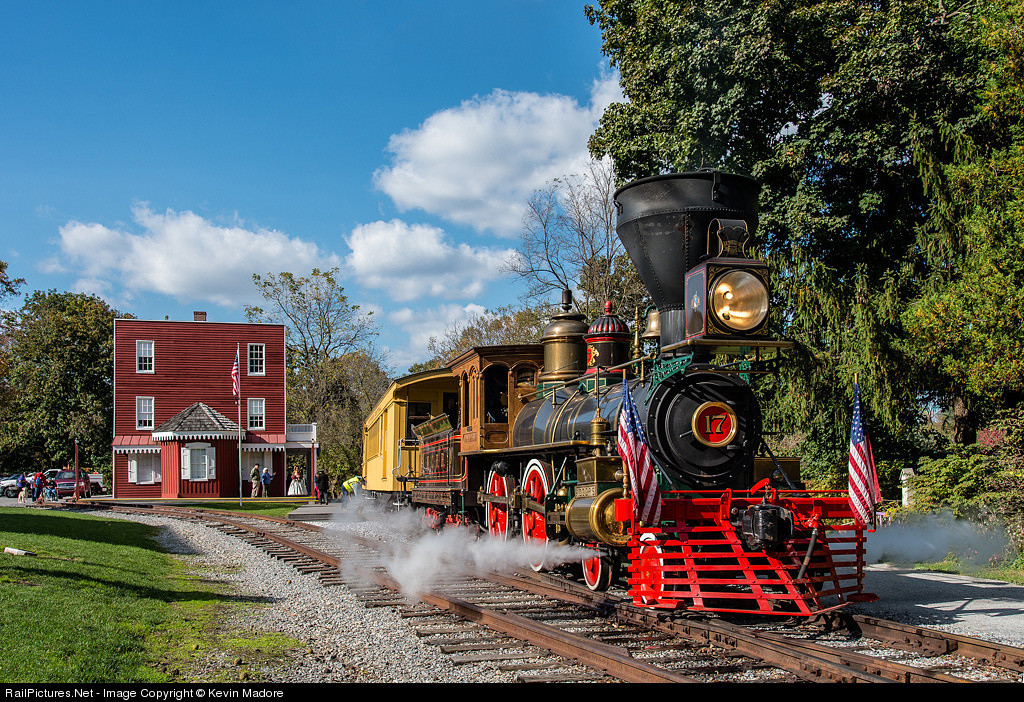 Not the answer you're looking for? Browse other questions tagged usa trains history or ask your own question.

10
Where can I find the restrictions and easements that apply to a given UK Rail Ticket?
9
How can I search for French trains (only - no buses)?
4
How can I find the canonical validity map/area for a UK train PlusBus ticket?
12
Where can I find arrivals / departures timetables for Italian train stations online?
14
Map showing what parts of an Amtrak route are traversed during daylight
8
Almaty to Urumqi by connecting train (via Altynkol and Khorgas)
7
How to buy & use train tickets from Algés to Lisbon