Is it possible to view the ships buried under the Financial District in San Francisco?

According to FoundSF, there are many ships buried under San Francisco:

During the height of the gold excitement, there were at least five hundred ships stranded in the harbor, some without even a watchman on board, and none with a crew sufficiently large to work her. Many of these vessels never sailed again. Some rotted away and sank at their moorings. (Herbert Asbury in "The Barbary Coast")

This would be super cool to investigate! Are any of these buried ships open to the public? 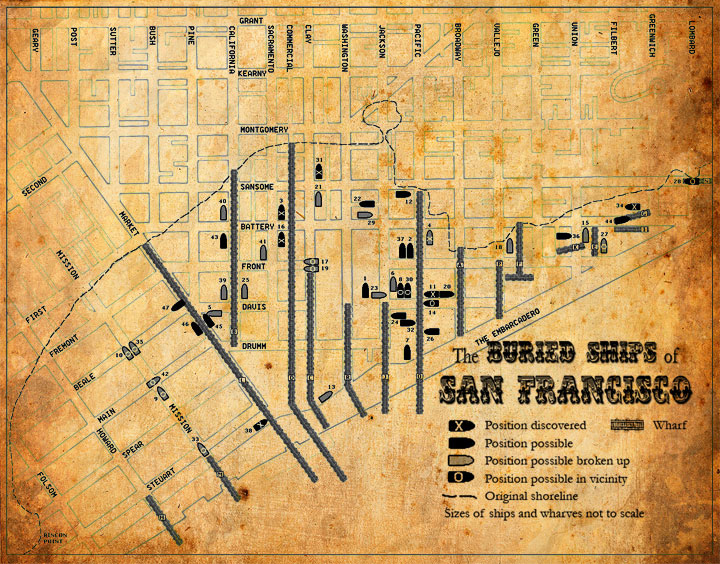 This article(http://www.sfgenealogy.com/sf/history/hgshp1.htm) describes history of those ships - most of them was ruined during constructions or conserved and burried under buildings.

It's not quite a tour, but the SF Muni runs through at least one buried ship downtown, near Justin Herman Plaza. More information here: https://www.sfmta.com/about-sfmta/blog/muni-metro-runs-through-buried-ship-part-1

Not the answer you're looking for? Browse other questions tagged where-on-earth san-francisco or ask your own question.