My name has "Mr" appended on airline ticket reservation. Would that cause problems at the airport? 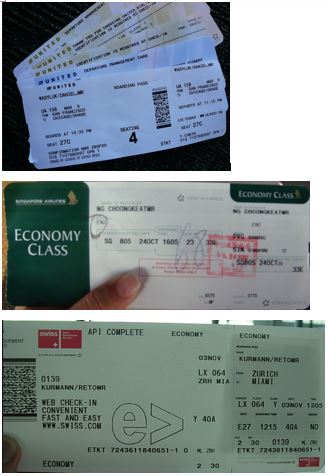 2
How to key in Asian names when making a flight reservation?
2
Will having a "mr" in the given name of my ticket cause any problems?
1
Extra MR with my first name
282
My name causes an issue with any booking! (names end with MR and MRS)
44
United Airlines joined my first name and middle name on boarding pass. How to correct this?
5
Airline ticket reservation, spaces removed from lastname
4
First name put as "Mr" in Airticket

8
Airline (lowcost) has changed my reservation, what are my options?
2
Name mismatch on airline ticket/insurance
6
No Surname in indian passport and given name is considered as last name in E ticket for an international flight
2
Is it possible to receive an airline ticket reservation that can be cancelled?
5
Would revisiting the UK on a multiple entry visit visa that is still valid cause any problems at the border?
5
Airline ticket reservation, spaces removed from lastname
3
The flight I've booked for my UK visa has been cancelled by the airline. Would this cause issues with the UK consulate?
0
Book Ticket & Hotel, Print reservation for visa application & immediately cancel. Problems?