Does the cartography workshop where Christopher Columbus lived in Lisbon still exist?

All the life of Christopher Columbus has a lot of mystery around. It's not even very clear, during the time he was in Portugal, how long he lived in Lisbon. Some authors claim he lived longer in Porto Santo, in Madeira. It's though (sort of) clear that he lived and learned cartography, astronomy and some cosmology in Lisbon. It's not very clear with whom though.

Lisbon back than was one of the most advanced centers of cartography, astronomy and cosmology. Many people dedicated themselves to the study of these subjects. This makes it dificult to pinpoint a tutor/place. There are however two main theories. He either learned with his brother, that also lived in Lisbon or very likely in "Estudos Gerais de Lisboa". "Estudos gerais de Lisboa" is currently "Universidade de Coimbra" one of the oldest universities in the world still active. This university started first in Lisbon and was after transferred to Coimbra. According to their history, their initial facilities, in Lisbon, were around "Largo do Carmo".

The initial university was in the place where today you can find Valadares Palace. Before settling in Coimbra, the university moved several times between the two cities. This palace/building was restructured and rebuilt many times. One of the last rebuilt was done from the ground and happened after the great 1755 earthquake. Long after Columbus lived in Lisbon. 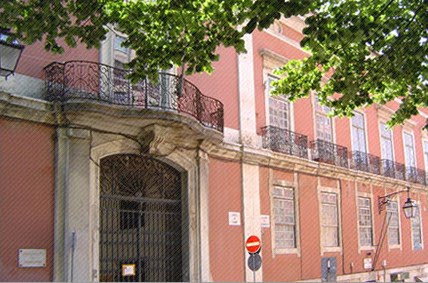 There is still another possibility. The university grew and a new pole was created in Lisbon around "Patio dos quintalinhos". This place is actually in Alfama where Christopher Columbus allegedly lived. This area was not destroyed in the earthquake. I googled a bit and unfortunately although I could find some connection between Christopher Columbus and this building no reference was made to rooms where he could have studied. From the original building where the school was only a very small part exists. 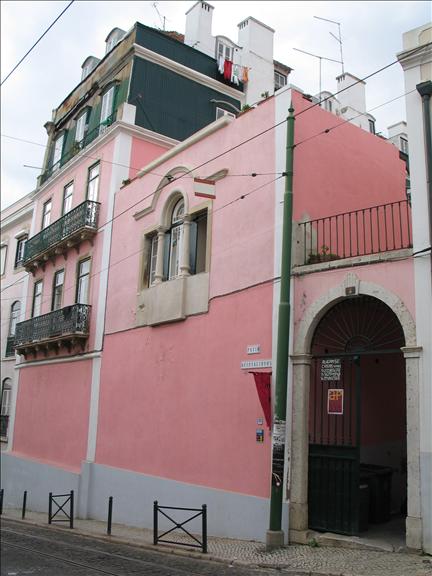 As an extra note: there are also many doubts about how much time he spent in Porto Santo (Madeira archipelago), but there you can visit Colombus house.