Is there a website that tells me the quickest way between two London Tube stations?

I understand that the tube map isn't geographically accurate and that there's several examples where walking is quicker than catching the tube, even in non-obvious scenarios.

Is there a website that, when I put in two tube stations, lets me know which is the quickest way between the two of them - walking or tube?

Yes there is: Google Maps, specifically the "new" version, which offers sensible alternatives automatically. For example, if you enter a query like "King's Cross station to Euston Station", it will tell you that you can take the Tube (every 2 min, estimated time 6 min) and that you could just walk it (estimated time 11 min).

The official site is TFL's Journey Planner, and is quite flexible and descriptive: 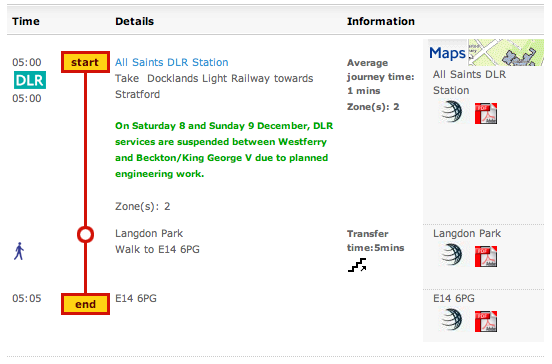 It's also possible to use National Rail's site, depending on where you're going (I used to prefer this site when in London as it shows trains too, not just tube), and of course as jpatokal mentioned, Google Maps handles it as well.

I’ve had good experiences with Citymapper for getting around London.

You can tell it which two places you want to travel between, and it shows you a variety of routes, including buses, walking, National Rail and of course the Underground. It includes rough timing, prices and nicely annotated maps to boot. 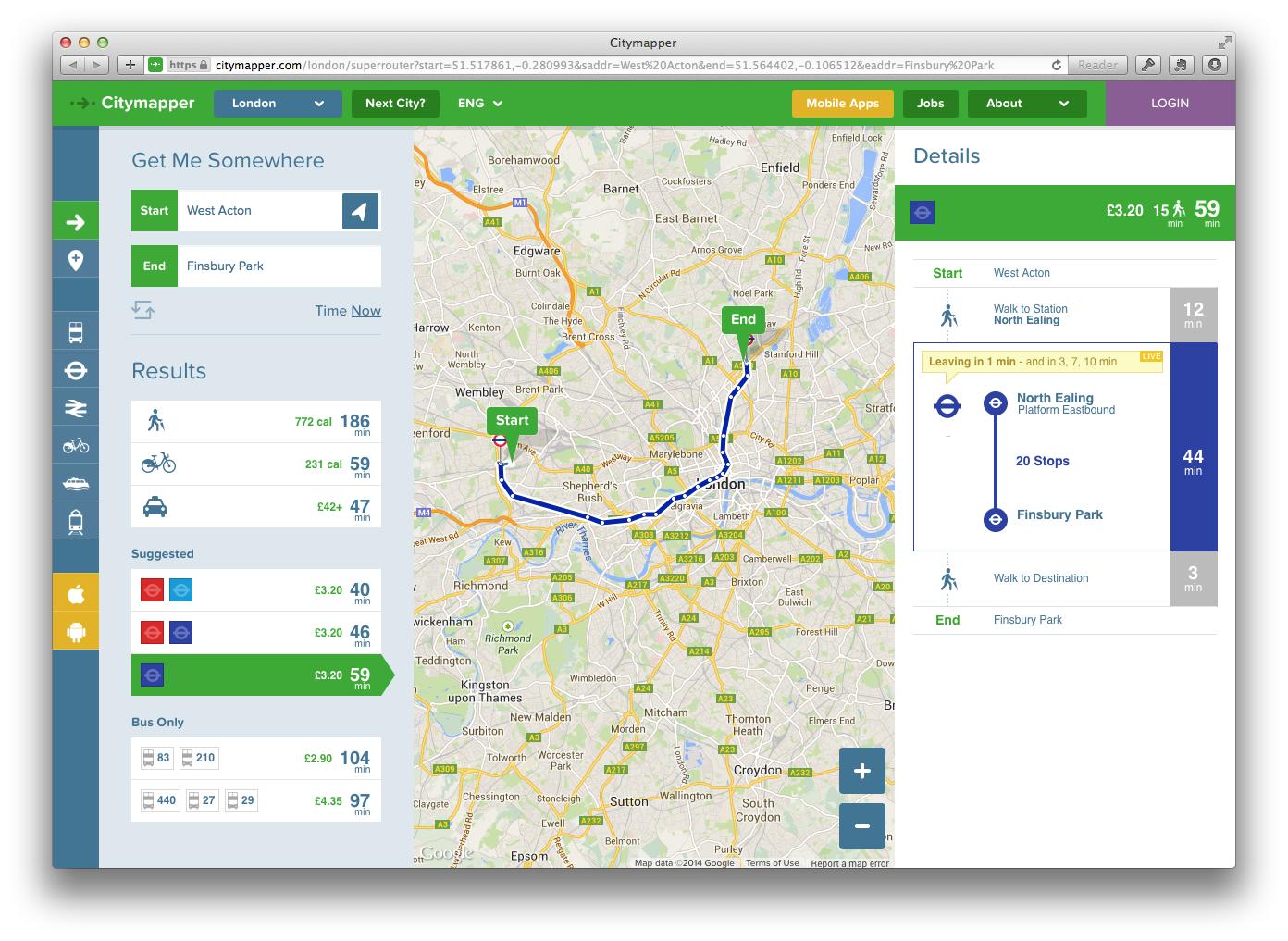 They also have apps for iOS and Android, which have worked well for me.

(And even if you don’t need them very often, the apps are worth having around just for the release notes, which are pure gold.)

Not the answer you're looking for? Browse other questions tagged public-transport online-resources london or ask your own question.

8
Interactive map for mixed bus-and-walking journeys in Greater London
8
Quickest way from London Paddington station to London City Airport?
18
What's the quickest way from London Kings Cross to Euston, by foot or tube?
19
Is there a map that shows the walking time between London Tube stations?
20
Online tool to find points of interest along a route
23
Paddington to Euston with kids: minimum walking by tube or by taxi?
48
Is there a way to tell in which direction a London Tube train will pass the station platform?