Where to find out more about "ライダーハウス" / "riders' houses" in Japan?

There is an article on the Japanese Wikipedia, but not on the English Wikipedia, and Google Translate tries very hard but doesn't manage to do a perfect job.

Where can I find a resource telling me about these accommodations, especially a resource to help locate them?

For instance, some of the things I'm wondering:

(I'm not expecting answers here addressing my example questions, only the overall question for sites that would have info including those kinds of answers.)

Riders' houses are super-budget dorms, often run on a non-commercial hobbyist or community-supported basis, and not uncommonly entirely free. As the name says, the primary audience is bikers, both motorized and pedal-powered, but anybody is welcome. However, as they've often located in places that are hard to impossible to reach by public transport (abandoned houses, former train stations on closed branch lines, spare rooms in large rural houses, etc), in practice it's difficult to make use of them without your own wheels.

The main difference between a riders' house and a backpackers' dormitory is that you have to bring your own sleeping gear, meaning a sleeping bag etc (mattresses are usually provided). This is mostly for legal reasons, since otherwise they would be considered inns and the owners don't want to deal with the resulting paperwork. Long stays at riders' houses are also frowned upon and some go so far as to ban stays of over one night, so no, they're generally not good bases for exploring an area.

And yes, there is a directory of them, called Hatinosu (pron. Hachi-no-su), in Japanese only. The name means "bees' nest", because for obscure reasons the nickname for bikers in Hokkaido is mitsubachi-zoku, the "honeybee tribe". To this day you'll find more riders' houses in Hokkaido than the rest of the country combined, although the Hokkaido biker boom peaked in the late '90s and the numbers are trending down. Also note that since nobody in their right mind bikes in Hokkaido outside the short summer season, the vast majority are only open from June to September or so. 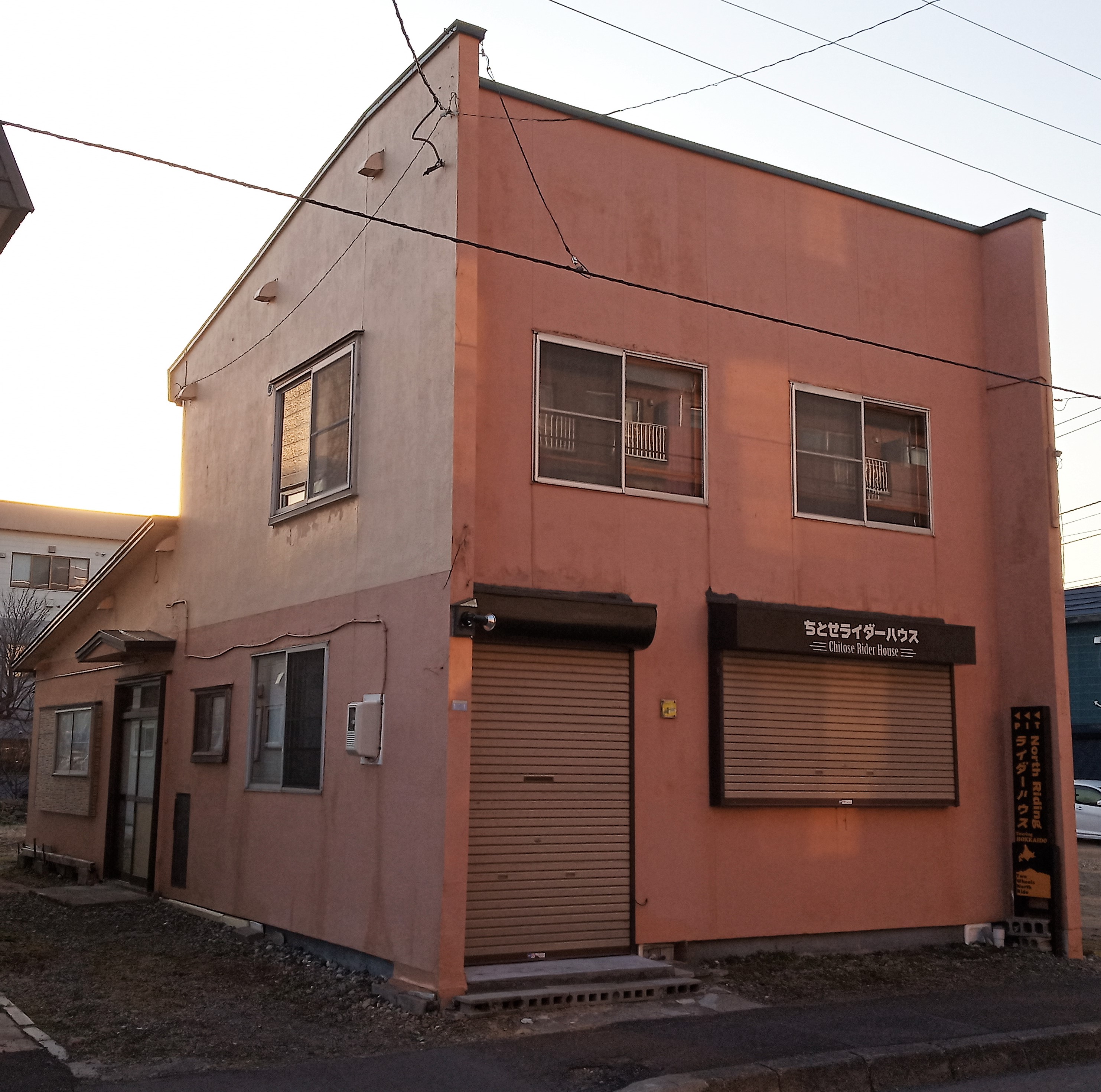 An urban rider house in Chitose, Hokkaido (A few kilometres from Sapporo Airport) during the off season in April. This one opens in May and charges 1,000 yen.

Not the answer you're looking for? Browse other questions tagged budget online-resources japan accommodation terminology or ask your own question.