Will I get into Sweden with the souvenirs listed?

I have been traveling From Australia to Fiji, Bali, Thailand, Cambodia, and Vietnam over the past 2 and a half months and I have many souvenirs that I have gotten over the borders with, with no hassle.

They include: -(personally filled) little bottles of sand, from every beach i've visited. -stones (my mom want a stone from each place)

And I have a bunch of other stuff that I know I'm allowed to have.

And also, since Cambodia I've bought little bottles of whiskey (about 150 ml) with a cobra snake inside the bottle.

On most declaration forms I have filled out, it says "Do you have any Soil, mineral samples, or Earth"… I wrote no, because I honestly don't know if sand counts as any of that AND because a pilot once told me that should be okay…

But I do know that most of the forms ask if I have any plant or animal matter. Which the snake in the sealed bottle would count as that.

SO the question is, should I even attempt to get through customs into Sweden with that stuff and just say no on the declaration would I be in a lot of trouble OR if I do mark it on the declaration, will they confiscate it?

Generally speaking, if in doubt, you are supposed to declare the goods and ask customs officers, not assume it's OK until you get caught. Customs officers are not likely to look for pretexts to ignore the rules.

Unless you are absolutely sure it's OK to import sand and bottled snakes in the EU, then you need to put it on any declaration form you have to fill in and go through the red lane. Customs officers will then decide if it's allowed or not. It does not mean mean everything will be confiscated but pretending you have nothing to declare because you are not sure is definitely not an excuse if you do get caught.

Note that if you chose to omit something, figuring out how the rules apply to your case is your responsibility. Even merely walking through the green lane with an item that's forbidden could be treated as a false declaration.

You risk significant penalties if you fail to declare items which you clearly know that you have in your baggage and which might even just possibly be covered by the rules.

You clearly know you have the snakes and the sand, so you'd have no defence there.

Sand MIGHT be deemed to be soil on a bad day in poor light by a customs officer with a hangover - and if so what YOU have decided becomes irrelevant. Chances are they can irradiate or otherwise deal with the sand samples if they care. It's reasonably possible that they will not care about them, but letting them decide is the safest option.

The snakes CLEARLY fail the "animal matter" test. "But it's sealed" may as well be "But it's blue" or "But it's pretty". ie Yes, And ?
Animal matter is animal matter and they will make subsequent decisions. The two main issues are probably disease and protected species.

Once customs decide that you have lied or hidden something they become very attentive.
Try hard not to let this happen.

I have found that a policy of maximum declaration of possibly suspect items works well. While this may increase your customs processing time it ensures you do not have to undergo a total baggage search, or worse, once they discover the Cobras.

Did you pack your ownbags ? 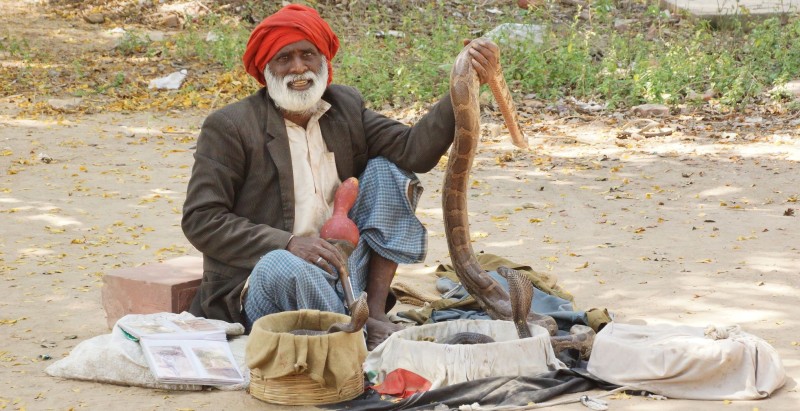 Not the answer you're looking for? Browse other questions tagged customs-and-immigration sweden souvenirs or ask your own question.

8
What are the must-buy souvenirs from Ireland?
4
Souvenirs from the US and Canada
5
Transporting someone else's goods across US border
7
US Declaration Cards given out even though they were unnecessary
4
Submitted for Sweden visa to Denmark embassy want to get the passport back for emergency travel
3
Entering Sweden with an EU ID card
19
How easy is it for someone with blindness to go through customs?
47
“5 = 1€” for souvenirs in Paris, why do they write the price this way?
1
Will I need to go through immigration when flying from Sweden to Finland?
2
Leaving Sweden with a different passport?