Is there any price difference in buying VIA rail tickets online vs. at the station?

I'm considering a long distance journey by train in Canada this summer. I don't have a Canadian credit card yet and my financial institution's debit card is not supported for VIA Rail Interac Online payments. If I go to the station to buy a ticket (I assume I can pay by debit card there), will I pay significantly more compared to tickets available online, or is the price (nearly) the same?

I believe you will indirectly pay more, because you can't buy in advance. I just tried to book tickets online from Toronto to Montreal for tomorrow, and the cheapest price was $135 in economy. 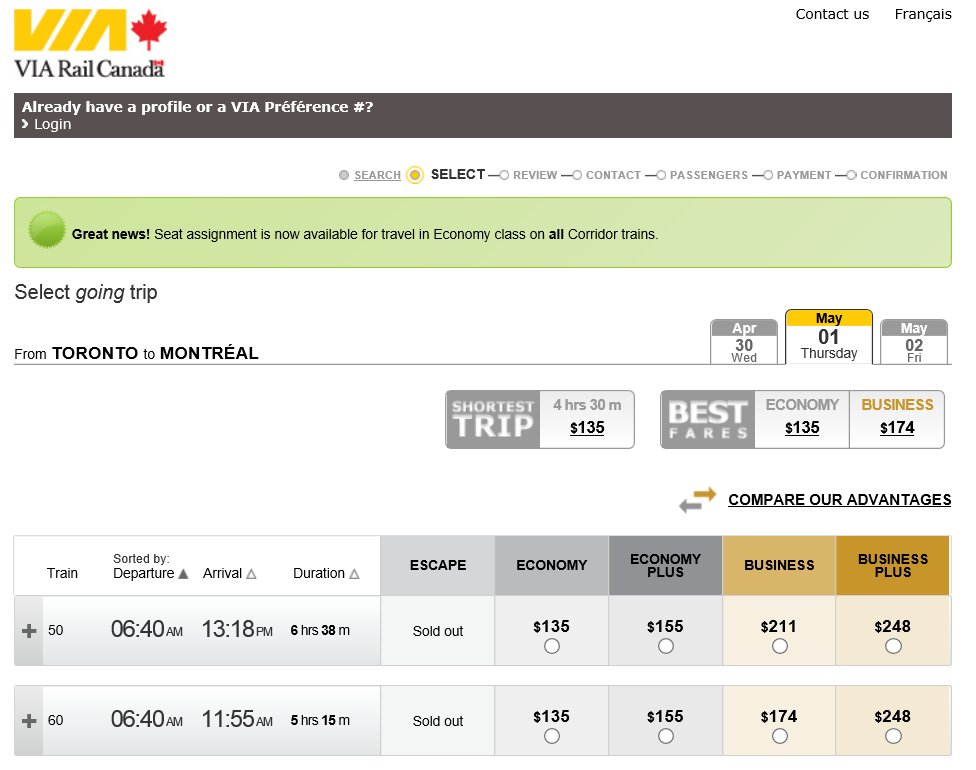 I switched to the first Thursday in June, and the cheapest price was $39 in economy, $89 in business. 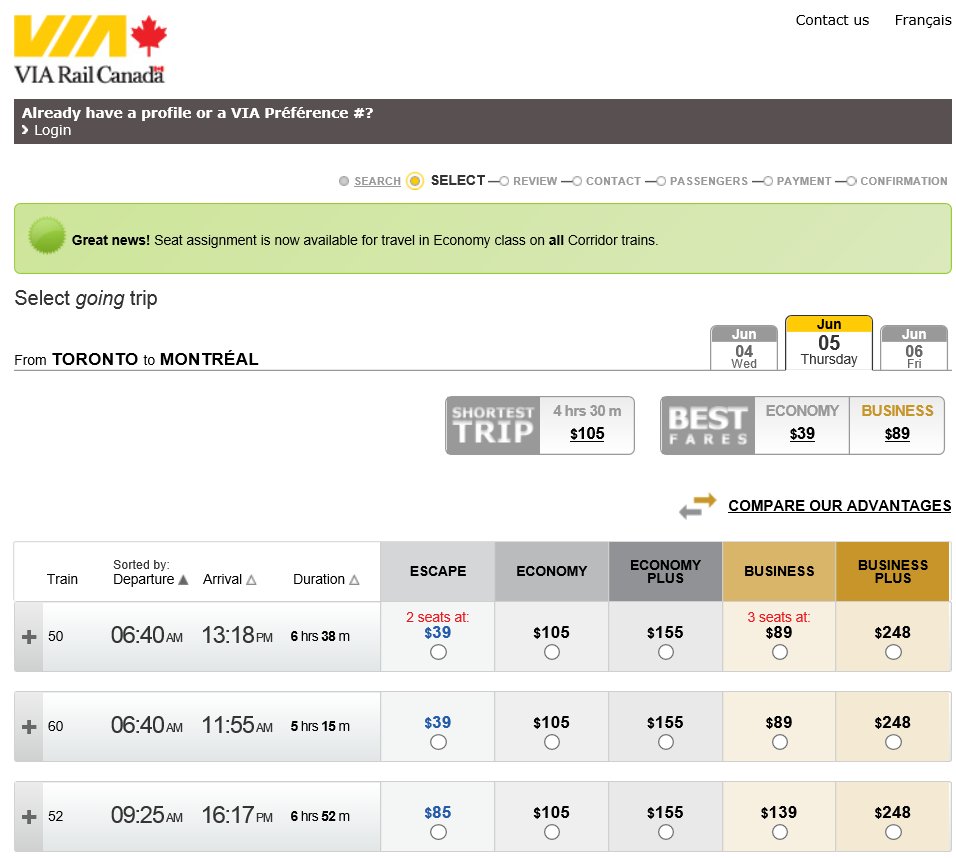 Looking further ahead did not make it cheaper. If you can get to a station and buy your ticket with cash a month in advance, I don't think you'll pay more. But if you want to walk up and buy it on the day, you will pay about 4 times as much for your ticket. As well, there may be even more discounts on some Escape fares that are available only on the web. The wording isn't clear, which isn't unique to Via - Air Canada used to sell some web-only fares that were impossible to change over the phone, but weren't labelled as such. I think you could get an explanation over the phone if you wanted to use a discount you see on the web but go into a station to do it.

Not the answer you're looking for? Browse other questions tagged trains canada via-rail or ask your own question.

11
Should I book Thailand Rail tickets online (pre-trip) or at the station when I arrive?
5
Via Rail Canada: What are the different booking classes?
5
What is the advantage(s) to buying tickets beforehand vs at the station for rail travel in Europe?
4
Is the VIA rail "discounted fare" for certain categories, or can anyone travel on this?
10
Paying for Deutsche Bahn tickets with cash
6
Unable to purchase online rail tickets from Busan to Seoul
32
Italy Trains - Buying tickets at a station with no ticket office and no ticket machine
29
Is the Koboro rail station really inaccessible by land?
2
Exchanging TGV tickets in a station other than the departure station