Lisbon: which part of town to stay with small children

I'm staying in Lisbon with small children for 3 or 4 days. Strollers will be used. If I rented an apartment, where would it be best to be located? In the very center near the cathedral, or should I go somewhere else from where I can reach the center easily?

My trip is in early May. I generally don't care too much about turist attractions. More important is to be near some nice bakeries, restaurants and other places people go every day. That said, I still need to be somehow in the center or near the center, so I have the chance to see Lisbon and not just the suburbs.

Lisbon is known as the "City of the Seven hills". That means its kind of up and down a lot of the time. The most flat areas are near the river.

I'm born and raised in Lisbon and it was until I went around with my own children that I realised some possible problems that are worth sharing here. To compensate for these "down sides" I should say also that Portuguese are in general very welcoming people and love children. A big plus is also the fact that everyone will happily go out of their daily routine to help out if you need some help with lifting the stroller and they will also happily share their seat in the train/bus for the comfort of tired parents.

If you are visiting with strollers you should also think about the pavement (sidewalk) being often quite narrow, and Portuguese drivers parking quite often using part of the sidewalk.

Another annoying issue is that many road signs (signs for drivers) are placed in the middle of the sidewalk, which being narrow already, often forces strollers to go on-and-off of the road to get around them...

There is a website that has nice information for traveling with Children, from a mother's perspective. Apart from the renting options it has really nice information about children in Lisbon and in each house.

If you rent inside the city, your distances are of course smaller. I would say rent near a subway station, and somewhere with an elevator. You might want to stay near the coast, in a suburb like Oeiras, where you can get into the city center in about 20min and still be near the sea for beach and bathing.

I must add, as you can read in nsn's nice answer that I don't agree Lisbon is 90% flat. And what I mean with that is that is that most of the nice tourist attractions, traditional neighborhoods and some of the finest restaurants are in the older parts of the city which are hills.

There are also flat areas, yes. As I mentioned above, near the river you find wonderful places, easy to walk and spend some nice time. One of these areas, and a must for Children is the Oceanarium, it's really worth it. Another must is the ZOO and definarium which basically are in the same "park".

One last recommendation if you are into visiting during June-August season, Lisbon gets warm. Think about extra drinking water and maybe an ice cream here and there :) For our six year old daughter this is not a luxury, she doesn't walk if she is too warm.

Portuguese culture seems to be extremly fond of (small) children. We don't speak portugueese but we had the best discussions in Portuguese thanks to our children, who were 4 at the time. The two words I now know is "crianca" and "linda". Anyhow with small children I wouldn't so much focus on location, but more on family-run accommodation. Your best bet are airbnb and only apartments. Make sure you are close to public transport. Outside the city center you might also want to go to the aquarium, there they sometime host sleep over for small kids.

Although Lisbon is known as the city of the 7 hills that is not true. That's a popular idea. That exists for historical reasons and It's a bit out of the scope of the answer to explain it. Often people will give you the most radical places to justify that Lisbon is very hilly but that's not very accurate. It's true though that there are a few hills and without having a specific address it's hard to answer if your place is good or not.

Anyway, ~90% of the city is plane and plateau. There is actually a master thesis about cycling in Lisbon that shows that the city is very suitable to cycle. Of course a strawler is not a bike but I think it shows that it's not an issue.

I don't know what you define by downtown. If you mean "baixa" it's actually really flat. If you go towards the castle than there are a few ramps. 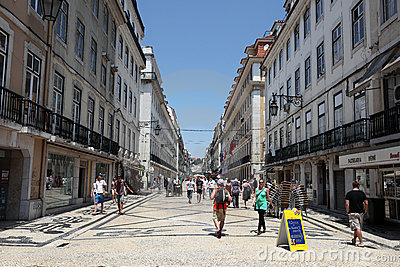 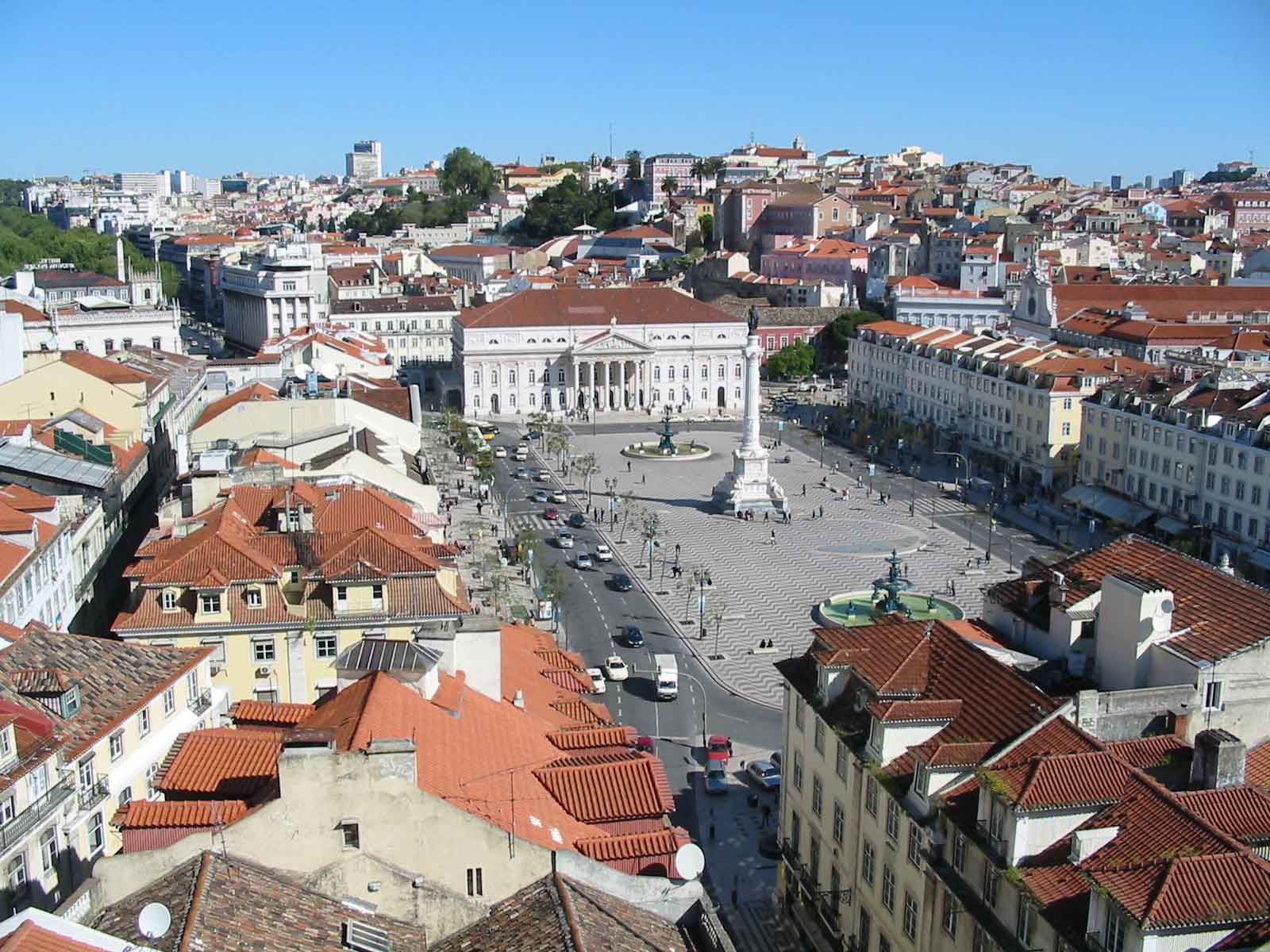 Most historical areas have very large side walks. If you think of downtown up to Marques its all flat with very large avenues and lite ramps. 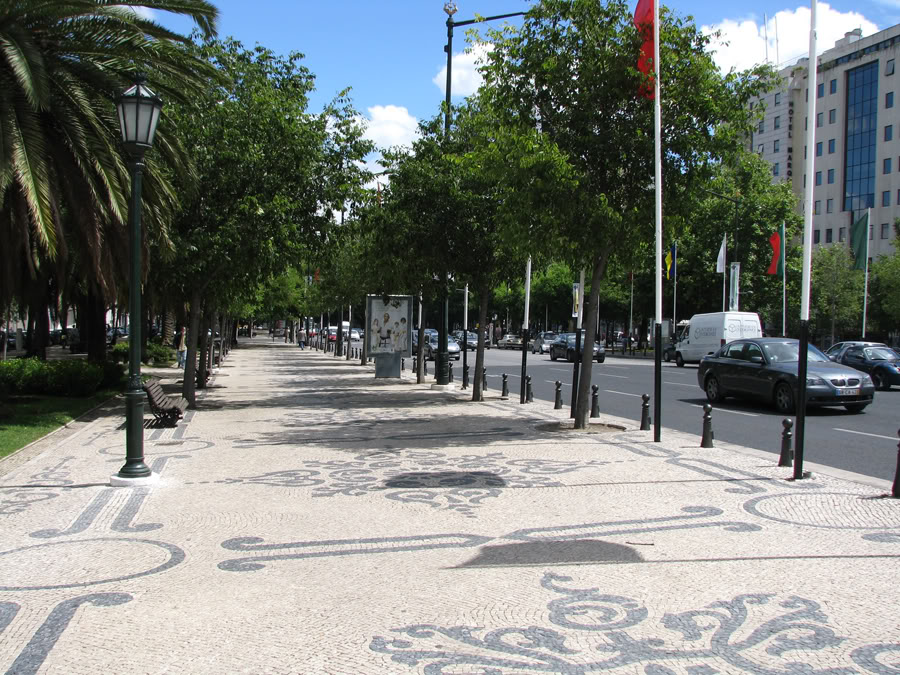 If you got to Jeronimos, that's all flat with very large side walks. 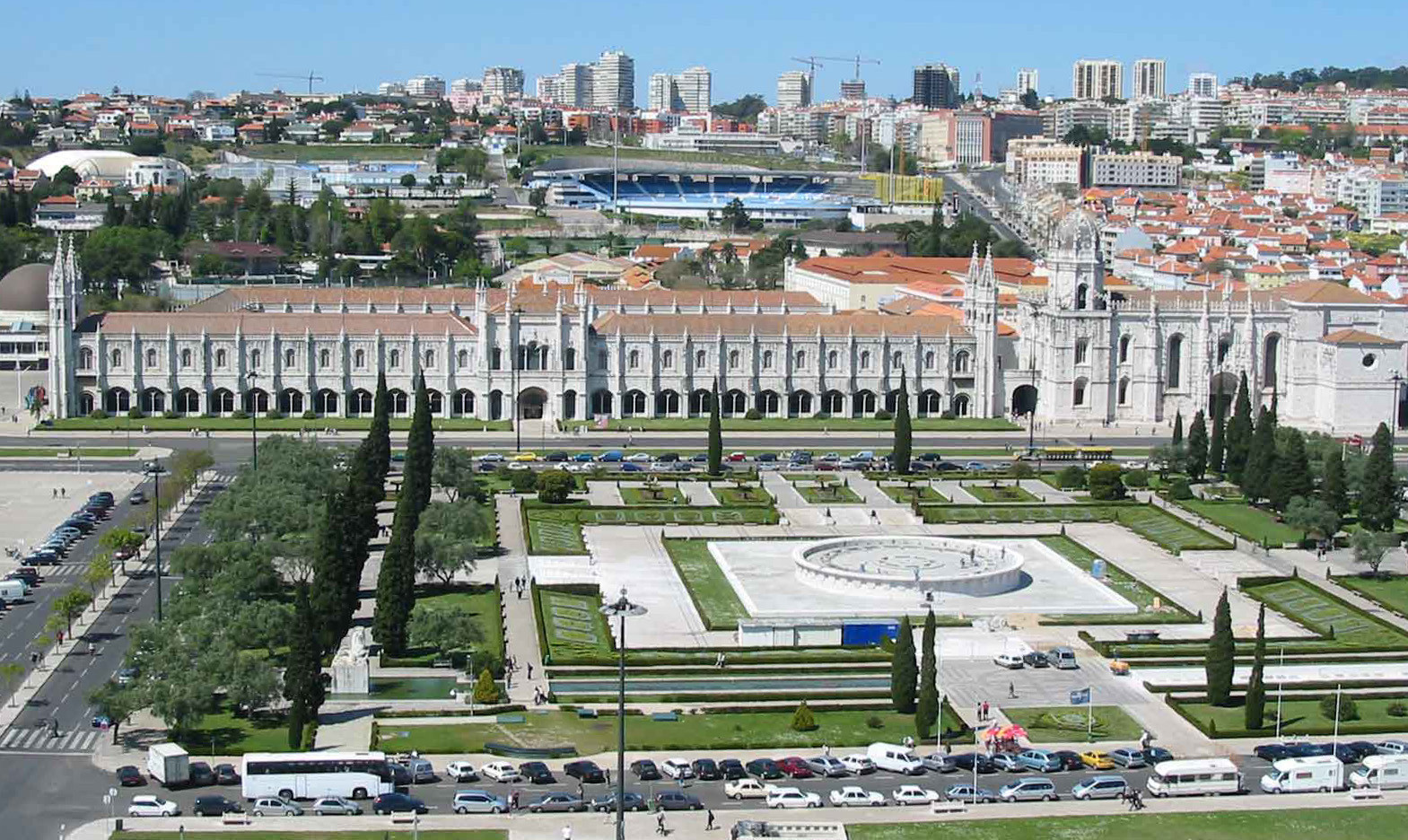 If you go to Chiado, it's a bit up hill, but it's not difficult to avoid stairs. Use for instance the elevators at "armazens do chiado" or use Rua do Carmo. This is just an example. 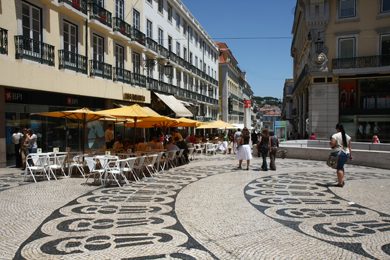 I am not saying it's all beauty and shine for you with a stroller, but it's not much different from other european capitals. The historic areas are of course old and not originally designed for strollers, wheel chairs, bikes, but there is quite an effort to make them comfortable without loosing their charm. The area around the Castle (Mouraria and Alfama) is probably the steepest. But well, except for Ghent, I never saw a Castle that it's not on an hill. Still, you can easily reach it by public transportation or taxi. It's a short ride.m If you look, it's possible to arrive there or any of the atraction around without much worries. You will also find plenty to do without having to go to steep places.

You can certainly find (avoidable) steep areas. As sugested before, I would try to find a place near the subway. I would probably use google maps to "look" at the street before renting a place

You can also use this map with the street inclination, but might be a bit more difficult since it's small.

Not the answer you're looking for? Browse other questions tagged family lisbon or ask your own question.

4
Lisbon layover of 20 hours with a Colombian passport, no visa
20
How should a family with young children apply for UK visas?
5
Which floating villages/markets in Cambodia/Vietnam are most suitable for a touring family with small children in February?
9
Assistance with luggage at Canberra airport for a woman travelling with children