Best inside tip for Liechtenstein?

Ask Question
Asked 8 years, 6 months ago
Active 8 years, 5 months ago
Viewed 493 times
13
votes
Locked. This question and its answers are locked because the question is off-topic but has historical significance. It is not currently accepting new answers or interactions.

Being from a big country like Australia I'm fascinated with tiny countries.

Most people wouldn't visit Liechtenstein while touring Europe since it doesn't have any of the spots Europe is most famous for, but I would specifically go there.

If I only do one thing in Liechtenstein to make the most unforgettable experience, something that I can only do there, that is distinct from its neighbours, and preferably that most people would overlook without a local to tip them off, what would it be?

I was thinking a long time on how to best answer this question. Despite the tininess of Liechtenstein I think it is nevertheless necessary to concentrate on one specific part. So I wrote three answers in one. The first for persons who are interested in cultural life, the second for people how focus on some sports and the last one for people who want to party! (Yes that's possible in Liechtenstein ;))

If you're interested in cultural activities I would start the time with an aperitif at the prince's winery. This winery is called Hofkellerei des Fürsten von Liechtensteins. Since the prince has bought the country in 1712 he owns some vineyards. The result you can try and buy at the Hofkellerei. The wines are widely known in the region and you can particularly get Pinot Noir and Chardonnay there. 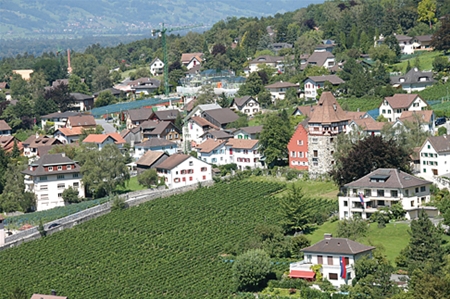 After testing some wines I would stroll around the old town of Vaduz. It isn't really big but you can see there some old houses. In the afternoon you can visit a famous art gallery called Kunstmuseum Liechtenstein. There you can see modern and contemporary art and also some of the prince's private collection. 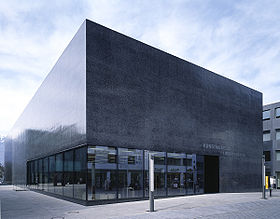 In the evening you can go to one of the best restaurants in Liechtenstein. The Torkel isn't really a budget solution, but it really offers good food. It is located just above the prince's vineyard and it is his majesty restaurant. The Lonely Planet writes: "The garden terrace enjoys a wonderful perspective of the castle above, while the ancient, wood-lined interior is cosy in winter".

If you're looking for some partying I would make sure to visit on August, 15th, the national holiday of Liechtenstein. We're celebrating then the birthday of the former prince that is not living anymore. In the morning you can go to visit the prince in the garden of his castle. This isn't as boring as it sounds since you get there free beer and wine. There will be enough, since the prince isn't poor. It is assumed that he owns more than 5 billions swiss francs. From lunch on there is a big public party in whole Vaduz. You can drink, eat, dance, talk, etc there and it lasts until early morning. As soon as it gets dark, there is another gift from the prince ;) A firework is started at the castle that can be seen from the whole valley and lasts for approximately 40 minutes. 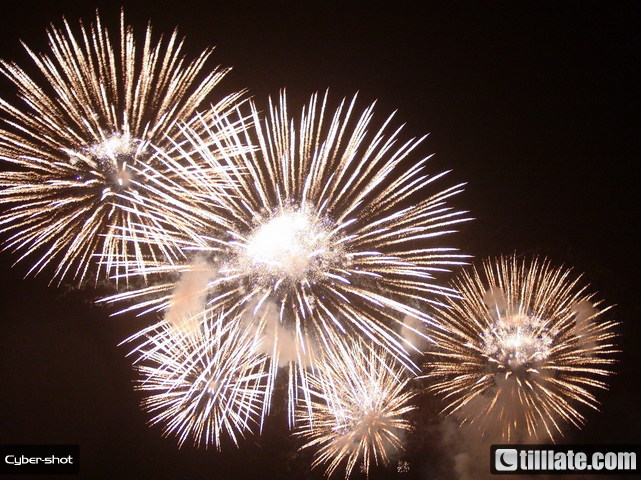 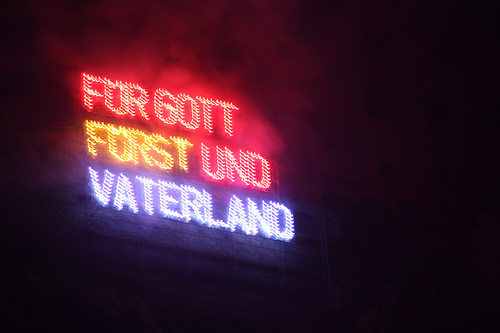 (This pictures says more or less: Hail to God, the prince and the fatherland!)

If you're a sportive guy I would recommend to do a daylong hike in the mountains and then go watch a soccer game in Vaduz.

Start early in the morning in Gaflei. There a really famous hike route starts that will you guide through sheer mountains along the border between Liechtenstein and Austria. Almost the whole path is built out of rock and a lot of steel ropes are necessary to make it save for hikers. You will also have to climb some ladders. At the end of the route you have the possibility to mount three sisters. No joke, the mountain is called three sisters (Drei Schwestern in German) and it is one of the most famous mountains in this region. 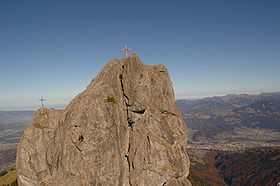 Judging from the picture above it is not sure that you can easily access it, but if you're free from giddiness it isn't a real problem. I added another picture to show you the situation on the path: 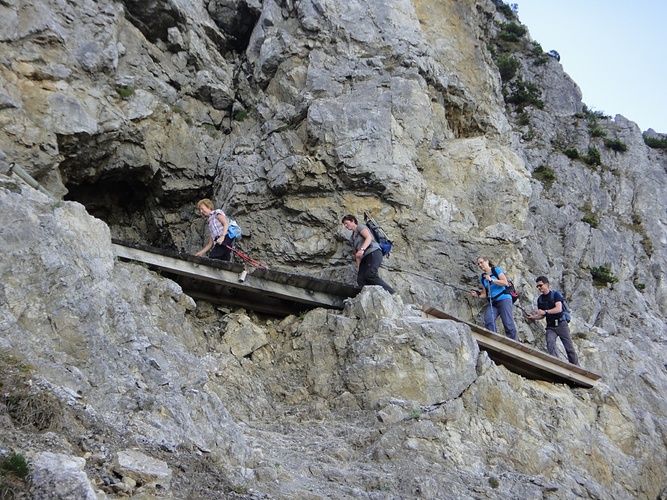 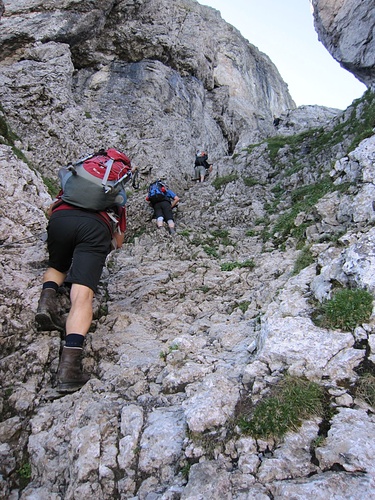 If you're interested in this tour, I can recommend a website that describes a lot of mountain tours in the Alps. It is not only useful for Liechtenstein, but also for Switzerland, Germany and Austria.

In the evening when you're back in Vaduz, I would recommend to go to a soccer game. I would choose a game against a very famous opponent. Liechtenstein isn't slightly worse in soccer than Australia, but from time to time there are some attractive opponents, e.g. Germany, Spain, Portugal or England. All past games can be found here. The actual events will be posted on the website of the Liechtenstein soccer association.

Not the answer you're looking for? Browse other questions tagged europe sightseeing tips-and-tricks liechtenstein or ask your own question.