Is the European driving license valid as ID in Europe?

I'm an Italian citizen, and I possess a driving license in the standard European format: 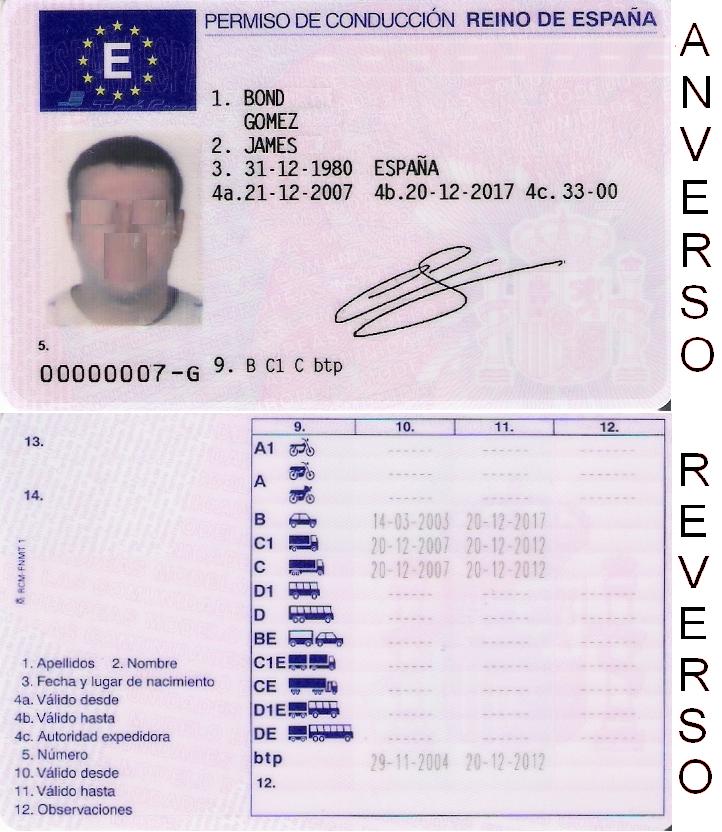 Can I use it for identification purposes, i.e. boarding a plane, when in Europe?

I understand from Wikipedia that there are exceptions, but what is the general rule? Am I safe if I carry it instead of my ID card?

It entirely depends on the purpose and the country. For example, in the Netherlands, a European driver's license is a completely valid ID and can be used, e.g., to vote. In France, there is no exhaustive list of what counts as ID so there is no reason a driver's license shouldn't be accepted by the police (see this question on expatriates.SE for a long-winded discussion of this specific case). Elsewhere, it might not be considered a valid ID and private organizations everywhere (e.g. banks) might also have other requirements.

The problem is that to travel internationally, you need more than ID, you need something to establish your citizenship and prove your right to enter the destination country. A driver's license is not enough for that. Similarly, if you want to make use of your right to free movement as an EU citizen, you need something that establishes that you are indeed an EU citizen and that something is typically a passport or national ID card. If you travel by land, you might get away with not having one on you but boarding a plane is often more difficult.

I was once allowed to take an internal Schengen flight with only a driver's license and a few other documents like a health insurance card from my country of destination (after losing my ID) but I think it was just the person at the desk bending the rules and counting on the fact that there would be no check at the other end (we went to the desk as soon as we noticed the ID was missing, we did not intend to just show a driver's license when boarding).

Finally, EU countries recognize each other's national ID cards so unless you are a citizen from one of the countries that do not issue those at all (Denmark, the UK), you don't need anything else and that's true EU-wide (not only in the Schengen area, also in the UK, Ireland, Bulgaria, Romania, Croatia, Cyprus, the EEA or Switzerland but not necessarily elsewhere in Europe).

According to the Dutch (link in Dutch) authorities it is has some value as a form of identification. However since a drivers license does not contain information about your citizenship nor you visa/resident permit status, it is in general not accepted as an official form of documentation.

Freedom of movement is guaranteed; while longer stays explicitly mentions a valid ID card or passport, shorter stays which are less than three months only require:

For stays of less than three months, the only requirement on Union citizens is that they possess a valid identity document or passport

EDIT: As other pointed out, an EU license, is not usable because it does not mention your country of origin, contrary to my former opinion presented here. I simply screwed up on this one.

Even in Italy they are "tolerated" as identification document. The fact is that it's just a driving license, demonstrating that you are entitled to drive a car or a truck.

They are not accepted abroad as id document. But there could be exceptions.

As italian I always have with me my ID card when I travel in Europe.

It is sometimes "tolerated" but in general, no, it is not a replacement for an ID card or a passport which are considered "equal in strength" as identification documents.

In Croatia, no. Carry your ID or passport.

Not the answer you're looking for? Browse other questions tagged europe driving-licenses identity-cards or ask your own question.

18
Is my U.S. driver's license valid in Europe?
11
Is my Turkish Driving License valid in the UK?
3
Driving in Croatia with European 1 year old driving license
8
How much cash should I carry for driving a rental car in Italy?
3
Can I use my UK Provisional Driving License as ID in Europe?
5
Is a student ID issued by the Central Board of Secondary Education, New Delhi valid for boarding on a domestic flight within India?
4
Where can I drive motorcycles in Europe with the Chinese driving license (C1)?
11
Is a European driving license valid in Japan?
4
Which drivers license to use in the EU?
5
US Passport Card for Identification (not customs) purposes